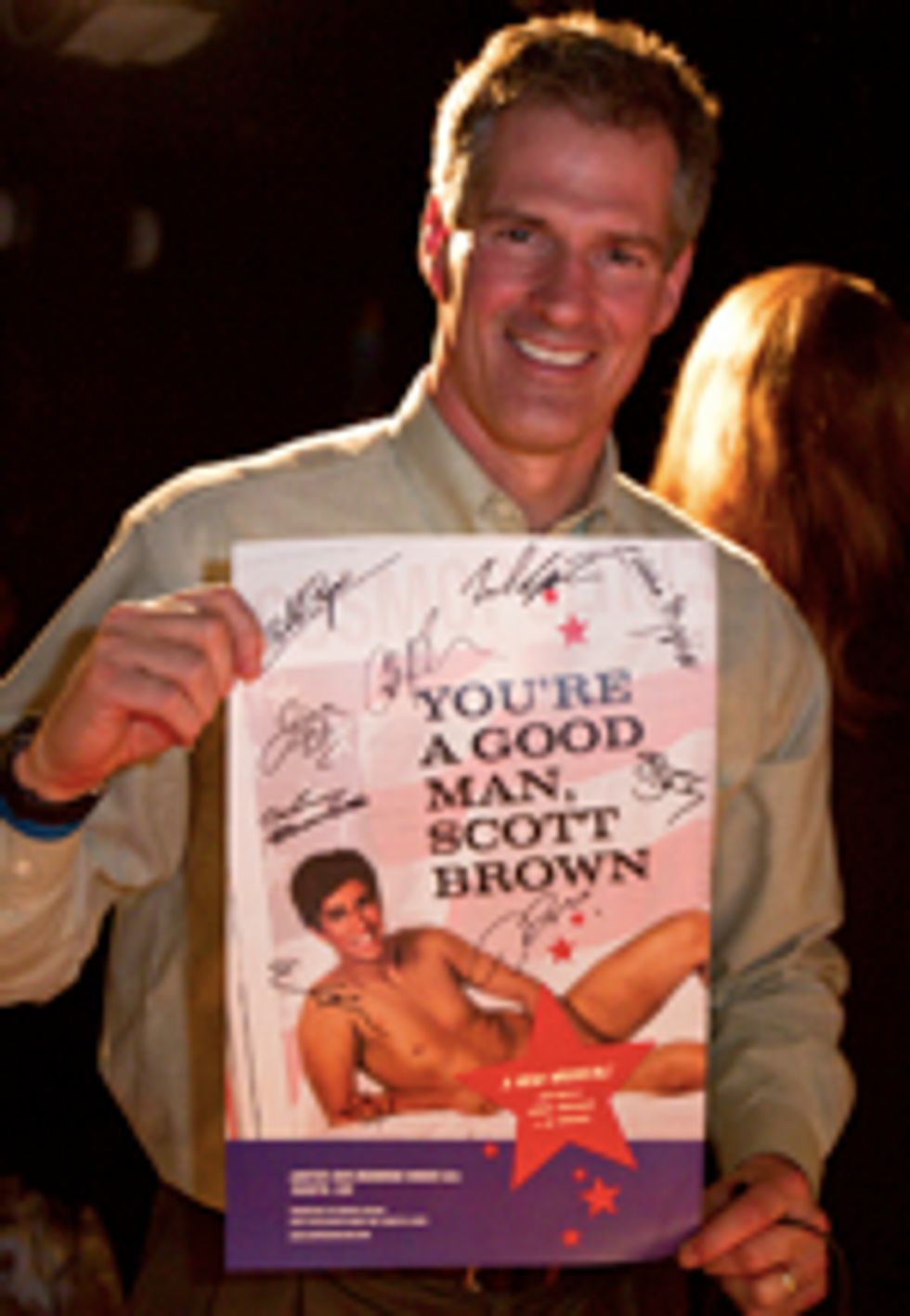 America's most poorly clothed senator, Scott "The Bush" Brown of the RomneyCare State,attended a pornographic play last night about his very own life at Boston's Improv Asylum last night. It was called "You're A Good Man, Scott Brown," just like in the cartoons. Was it funny? We don't know, ask someone from goddamn Boston! But someone did wave his balls in Scott Brown's face at some point.