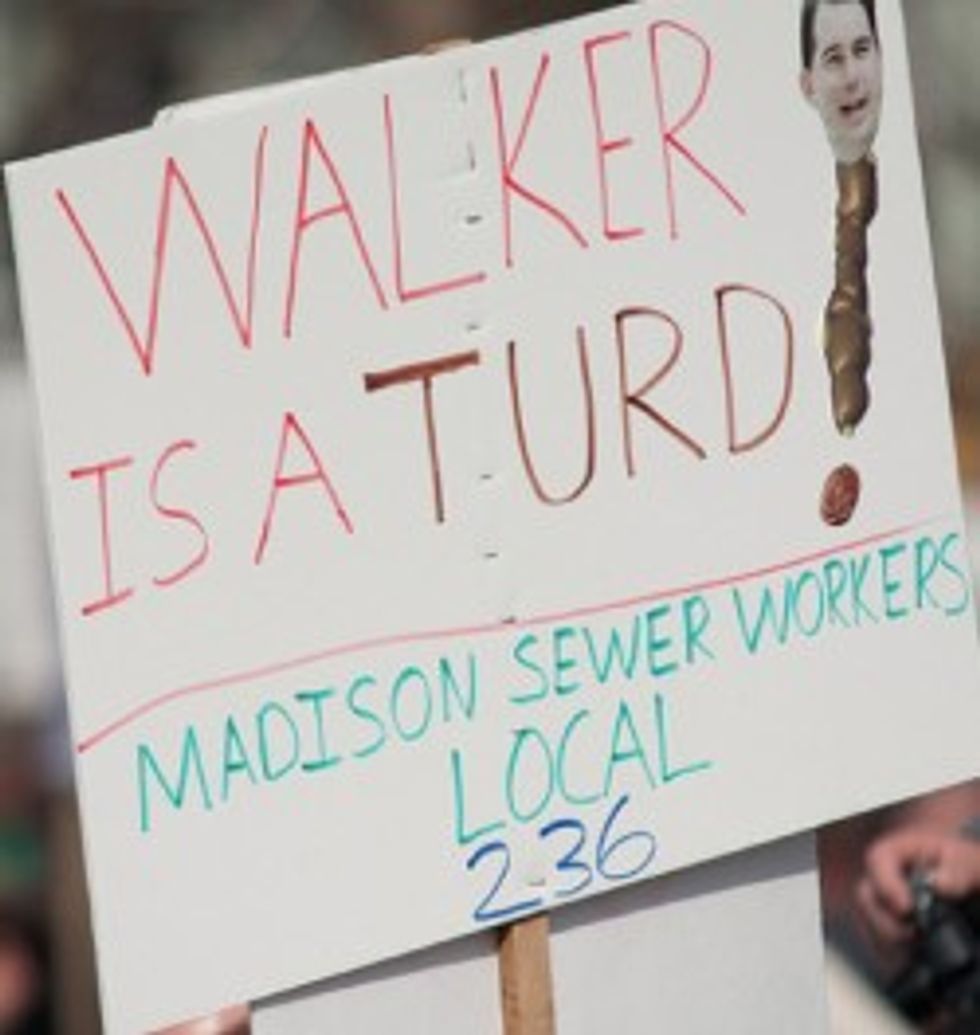 Organizers of Wisconsin's effort to recall remorseless demon Scott Walker from office are said to be dumping three thousand pounds of petition signatures off with election officials today per the collection deadline, hooray! Scott Walker is taking the news exactly like the comical cartoon villain that he is, and he immediately flew to New York City to hide/sob among his only friends, filthy aging kleptocrats. And, of course, to beg for their money. UPDATE: Bwahahahaha, recall organizers just announced they are turning in ONE MILLION SIGNATURES, twice as many as are needed to force a recall election and nearly one quarter of the state's entire voting population.

Tuesday's Walker fundraiser, first reported by the New York Daily News, is hosted by no less than Hank Greenberg, the former CEO of American International Group, the global insurance corporation that needed $150 billion in bailout funds in 2008 and 2009 from the Treasury Department and Federal Reserve. The cost of attending is $2,500 per person or $5,000 per couple.

So, does the evil prince have anything at all to say to the lowly peasants of Wisconsin in defense of his honor on this, the day the reckoning commenced?

Uh, let's check his Twitter feed for the official reaction: "Be careful today. The roads are slick."

Ha ha, that's all he's got because he is a lousy thug: STAY HOME, everyone, if you know what is good for you. [MoJo/ Wisconsin State Journal]