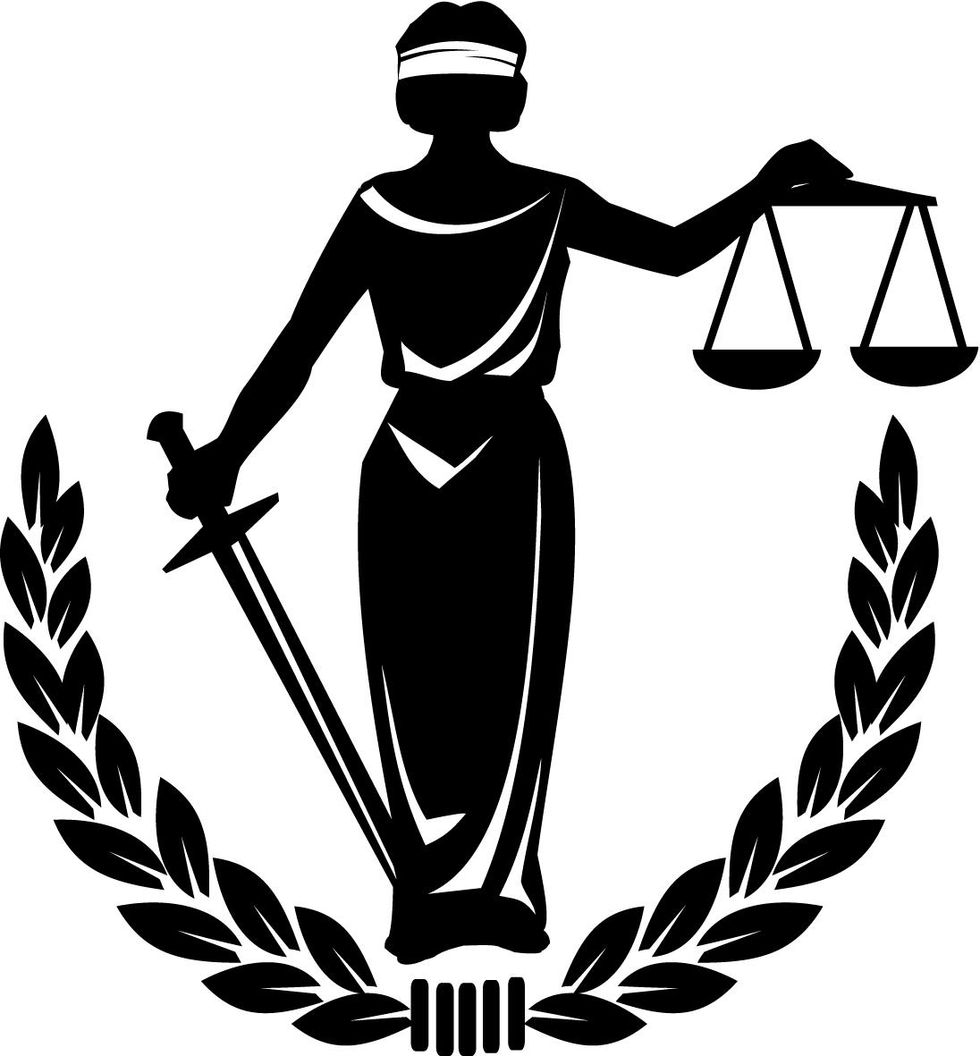 There's this guy, Anthony Elonis, who is a certified, convicted dick. He repeatedly posted all kinds of obnoxious and very detailed words on his Facebook page about his ex-wife and how he wanted to do terrible things to her, like killing her dead, which, as you might imagine, caused her to feel a tad bit alarmed for her safety, as one might when her ex is telling the internet he wants to harm her very much -- and how! For example:

If I only knew then what I know now . . . I would have smothered your ass with a pillow, dumped your body in the back seat, dropped you off in Toad Creek and made it look like a rape and murder.

there’s one way to love you but a thousand

ways to kill you. I’m not going to rest until

your body is a mess, soaked in blood and dying

from all the little cuts….

All together now: HE SEEMS NICE!

Elonis posted other charming diatribes and threats on the interwebs about his co-workers, his kids, his kids' friends, and eventually the FBI agent who was investigating him for posting threats on the internet. He was convicted and sentenced to 44 months in prison, but on Monday, in a 7-2 decision, the Supreme Court overturned his conviction and sent the case back to the lower court because maybe he didn't really intend to rape or murder anyone. Maybe he merely intended to be a dick (mission accomplished!) and, as he claimed, simply posted those lovely words to work out his feelings, awwwww. Slate's legal expert Dahlia Lithwick explains:

The jurors in his trial had been instructed to find him guilty if a “reasonable person” would interpret his statements as a serious expression of his intent to harm, and they voted to convict him. The courts of appeals are split on the issue, which is one of the reasons the Supreme Court waded in.

Today, the court reversed Elonis’ conviction and kicked the case back to the lower court, which the justices say had erred in its jury instructions. The majority found that it’s not enough that a “reasonable person” would understand his threats to be threats. He had to have some intent. This is a higher standard and one to which the government and women’s groups strongly objected, arguing that this leaves women vulnerable to dangerous online abuse.

In other words, Lithwick says, according to the Court's decision, "threats communicated online cannot constitute a true threat unless the speaker truly intended it as one."

Raise your hand if you see any problems with this decision. Oh, all of you? Yes, us too. Because as Lithwick and other legal experts who are far smarter than us note, this could make it much harder for women who are harassed and threatened online to seek protection or any kind of recourse. All of us on the internet and familiar with the internet tradition of being a dick on the internet. However, sometimes those internet dicks don't merely say horrible things -- they offer very explicit details of how they'd like to harm or rape or murder women (it's usually women) and/or their loved ones, and they follow those details up with indications that they're totally not kidding, they know where those women live, where the kids go to school, what their daily routines are, and those women begin to fear for their safety.

If they go to the authorities, they'll usually be told, "Meh, it's just someone being a dick on the internet," whatcha gonna do? And that's the end of that. (We know because it happened to us one time, true story.) Sometimes, however, authorities will take said internet dicking seriously and even file charges and send that internet dick to prison, where he belongs, like in the case of Anthony Elonis.

Except now, according to the Supreme Court, being an internet dick and causing someone, like Elonis's ex, to fear for her life and the lives of her children is not reason enough to send his to prison. Because maybe he didn't really and truly mean it, so no harm, no foul, no conviction.

In the meantime, as Lithwick notes, he's facing charges for domestic violence, on another unrelated matter of allegedly hitting his girlfriend's mother in the head. But hey, that doesn't mean he did anything wrong. Maybe he was just working out his feelings.