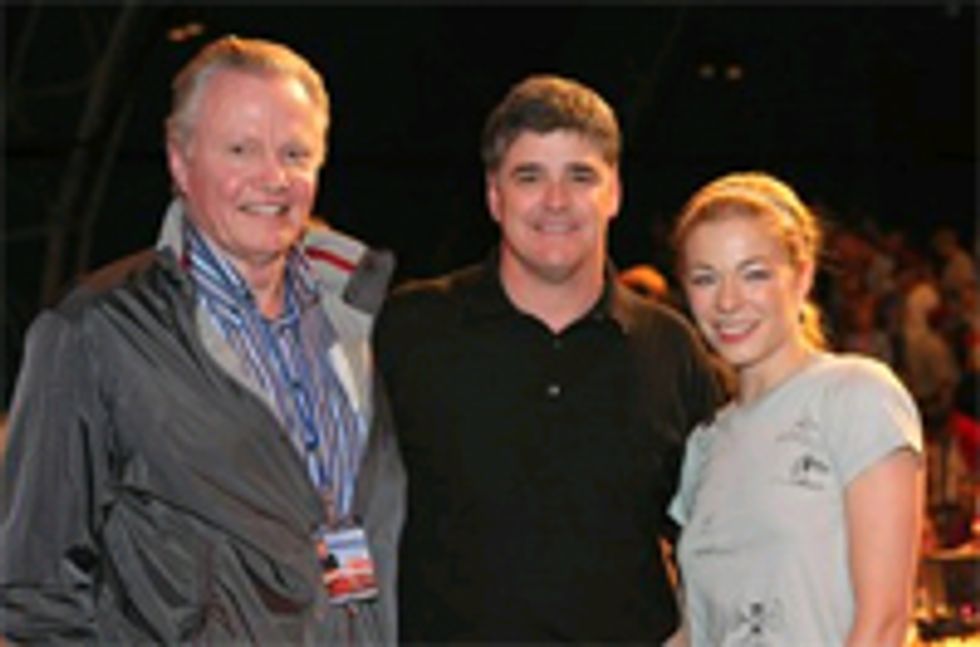 Thatjabbering nitwit on Fox just signed a $100 million, five-year deal that will distribute his radio show through Citadel and Clear Channel networks. It's significantly less than Rush Limbaugh's recent $400 million, eight-year contract -- but still, nothing to sneeze at. So what might Sean Hannity spend his truckloads of cash on?

And here is a video of Sean Hannity getting chased around New Hampshire by a mob of angry Paultards.