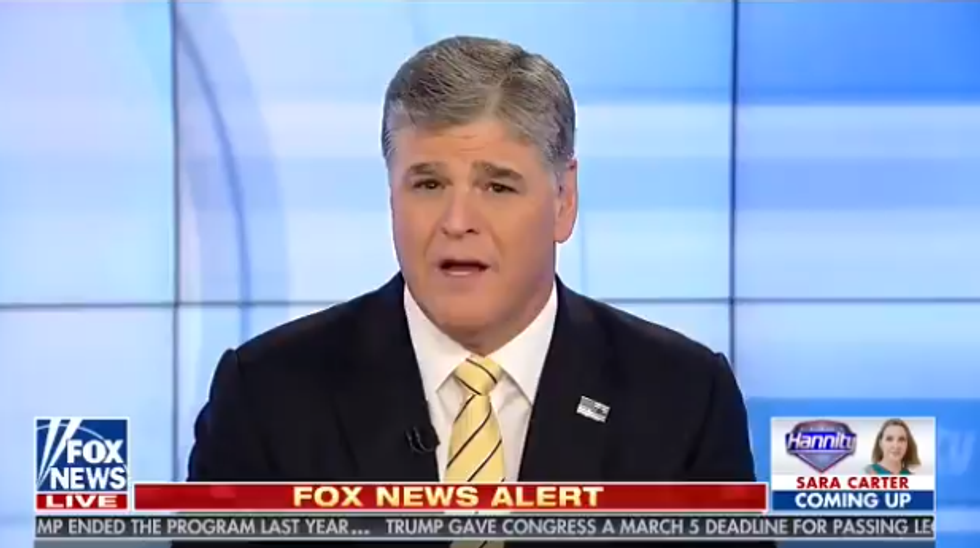 your grandpa thinks this guy does the news

Rapidly aging squirrel taint Sean Hannity did not like the scoop Thursday night about President Shithole trying to fire special counsel Robert Mueller in a fit of bloated, know-nothing rage. It was GRRRRRR NEWS that came from the DEEP STATE NEW YORK TIMES, which is trying to DISTRACT YOU from the very real and factual and important things Sean Hannity mama bird vomits into his stable of genius TV viewers each night.

Luckily, a nice HuffPost reporter named Matt Fuller cut all the funny/good parts of last night's Hannity into a nice 46 second video, and it is the best thing on the whole internet this week. Thanks, Matt Fuller!

In our first scene, NYT has just broken the Trump Mueller news. Whereas the normal networks have shifted to breaking news mode, Hannity reacts differently:

Sean Hannity: The New York Times is trying to distract you. They say Trump tried to fire Mueller, but our sources aren’t confirming that!