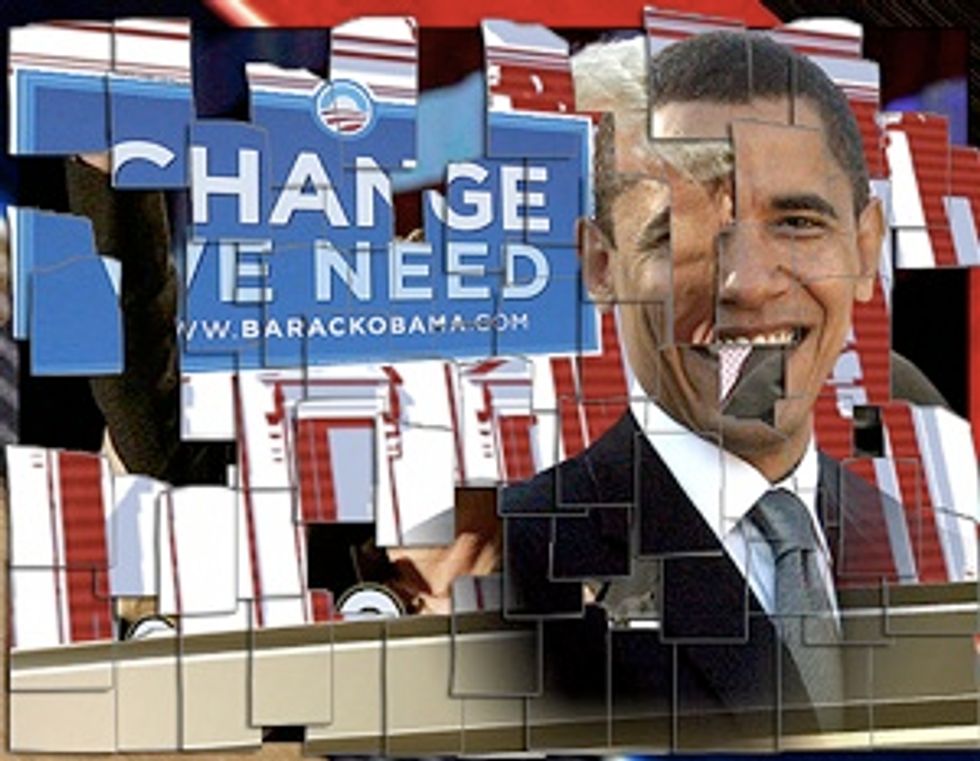 Known anus Sean Hannity has a new feature on his Fox News television program,Hannity & Death, in which he peels off a piece of a big puzzle every day for Obama's first 100 days in office. Behind the puzzle is a picture which will -- according to the web producer of Hannity's "The Great American Blog," which is also a common nom de guerre for Wonkette -- "reveal the true Barack Obama underneath." So it was up for a few days before the entire Internet figured it out. Shocking visual commentary, below!

Here's a .gif from Something Awful, which has a comical guessing thread up:

Get it? After 100 days, we'll realize that Barack Obama's JUST ANOTHER POLITICIAN like the Clintons, Bill and Hillary and Chelsea, too, who couldn't make that particular photo. And also like the Clintons, Barack Obama's first 100 days will hit some road blocks along the way -- namely, Republicans who have no interest in anything beyond winning a few seats back in the midterms.