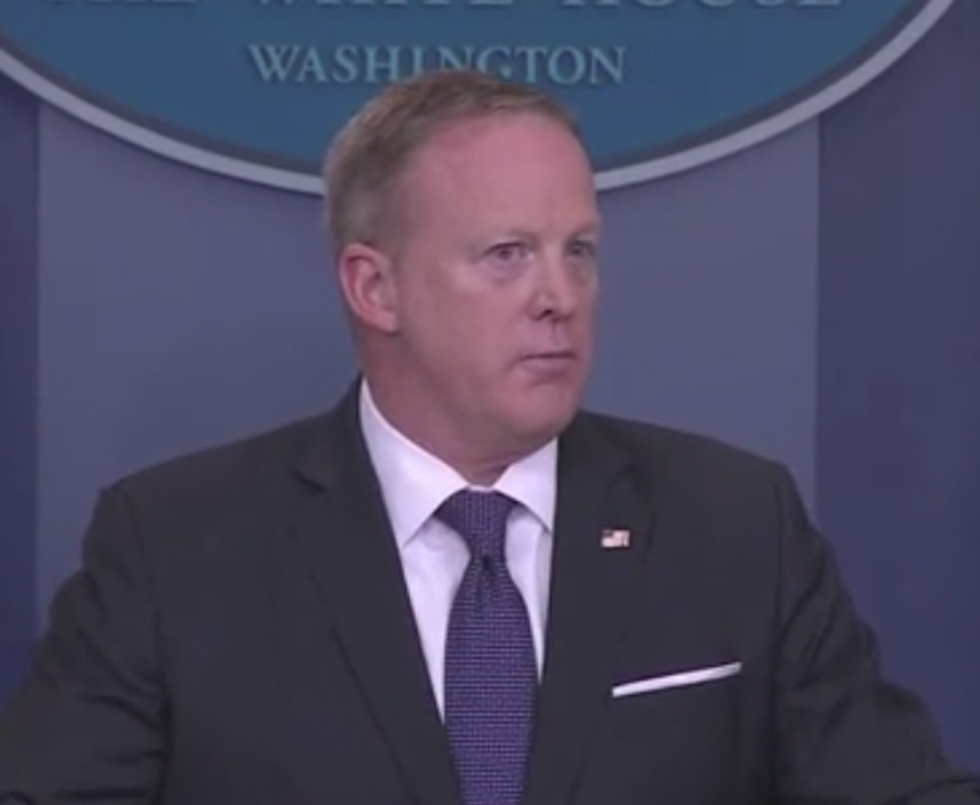 Donald Trump is back in America, and Sean Spicer, instead of being YOU'RE FIRED (yet), took the podium on Tuesday to take questions from the dishonest, failing press. Oy, it was not good. Maybe Spicer's feelings are still hurt from not getting to cuddle with the pope, or maybe he's reached a point where he's literally dead inside and knows nothing more of life at this point besides spewing lies for Trump. We don't know. Let's count the ways Tuesday's press briefing was literally the worst.

Spicer says Trump's relationship with Angela Merkel, who hates him, is magically delicious.

This weekend, after Donald Trump's appalling trip to NATO and the G7, German Chancellor Angela Merkel basically said all bets are off on the old ways of doing things, where the United States would do icky things like "defend our European allies." Trump doesn't like democratically elected leaders with normal-sized hands, so why should America have to defend them, especially if they don't PAY UP? (Pssssst and SPOILER: Trump does not know how NATO works.)

After Sean Spicer bitched about how the press coverage of Trump's obviously successful big boy foreign trip was mean and fake, he was asked about the relationship between Trump and Merkel, and here is what he said in reply: