Is Reagan Zombie With Us Right Now? 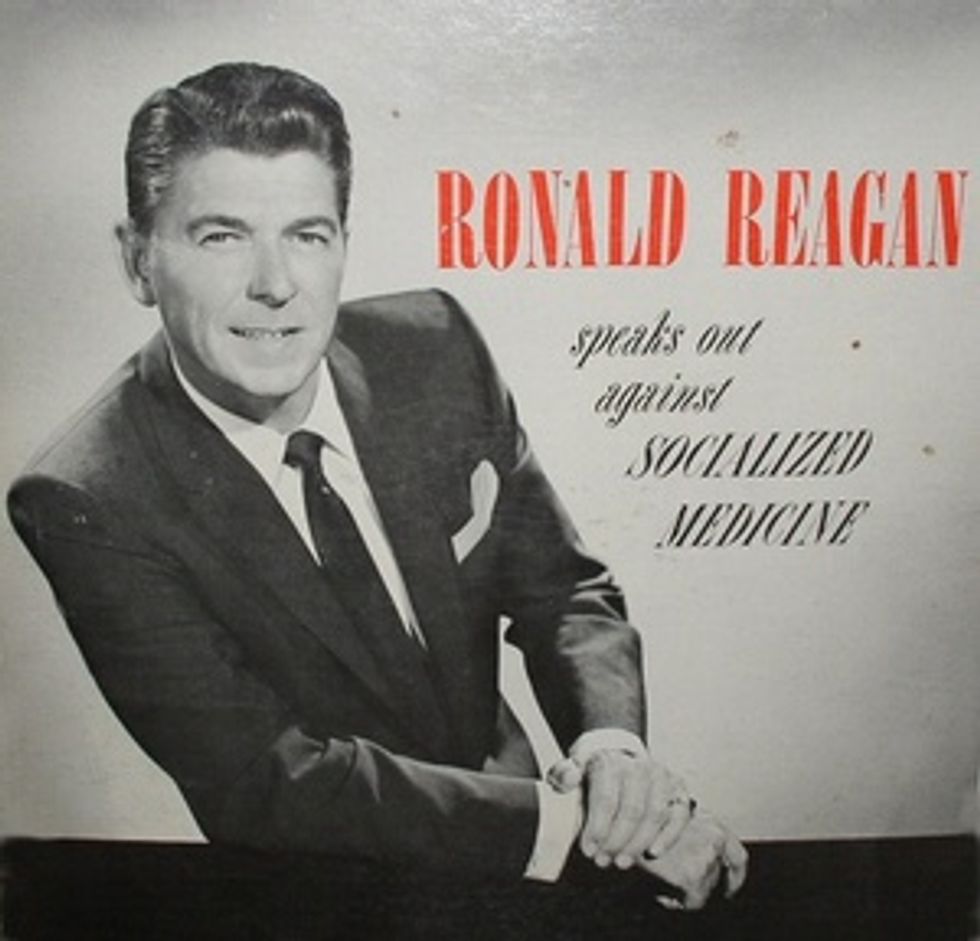 Because only half the country is still freaking out about the 9/11 Mosk, media outlets have decided to concoct a new and even more terrifying story -- this time about Ronald Reagan, and how he has possessed some poor soul and nowwalks among us. Who is this new Ronald Reagan, and where should we search for him? Maybe the next Ronald Reagan is a child prodigy who plays chess with homeless men in the park? Maybe, but then again, maybe not. Fox News apparently believes that at some point Chris Christie was so hungry for a snack that he just cold ate Ronald Reagan, which means Chris Christie has become Ronald Reagan in a strange sort of way, if you believe in reincarnation and all that mumbo jumbo. And you bet your Ugg boots we do, so ... Hooray we found him!

Nobody can say for sure whether Chris Christie ate Ronald Reagan or not -- he could have just eaten some homeless guy he met in the park, which means Dipshit Magoo Fred Thompson is the realnext Ronald Reagan.

That would be creepy. [Media Matters]