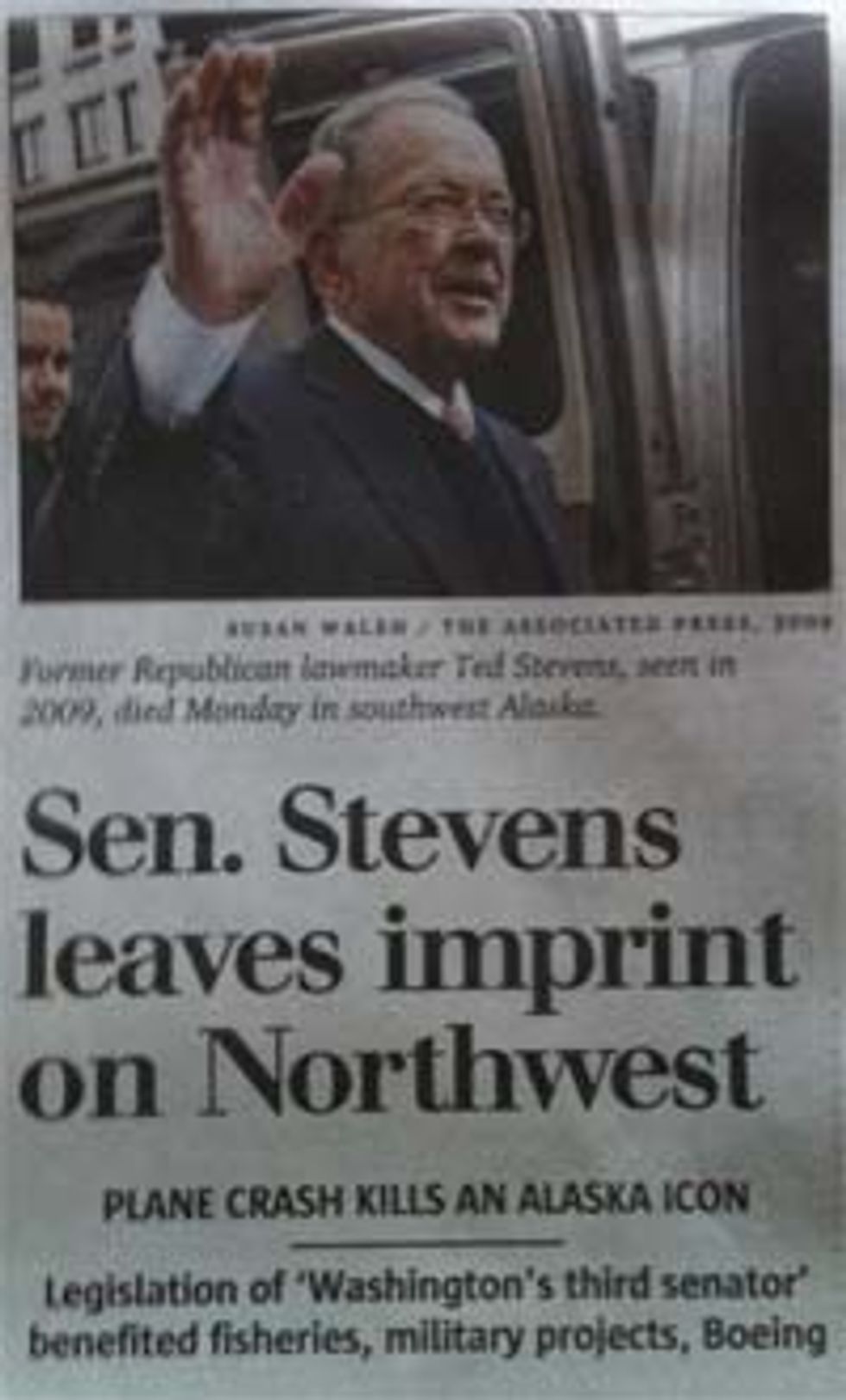 Here is a scan from theSeattle Times from, uh, sometime after Ted Stevens died in a plane crash, we guess, sent to us by a tipster known only as "foog," who may or may not be the person who runs this blog full of funny headlines. It is one of those things where you have to decide if the copy editor on the desk that night was making a grim joke or was just tired and bored and came up with some stock phrase and then didn't stop to think about its implications. Are you laughing at it? Then you are a monster, a terrible monstrous monster.

But you are not as bad a monster as Wonkette alum/“hot dog reporter" Juli Weiner, who dared to ask if it isn't going to feel a bit awkward to fly into an airport named after a guy who just died in a plane crash. Craig Medred of the Alaska Dispatch knows that this is just another example of the lamestream media picking on poor Alaska. Why you gotta hate, Juli? You used to be so sweet and innocent, back before you got caught up in the New York media machine. Sarah Palin will refudiate you! She used to hate Ted Stevens' guts, but she loves him now that he's dead. [Criggo/VF/Alaska Dispatch/HuffPo]