Secret Service: The Rent At Trump Tower Is TOO DAMN HIGH 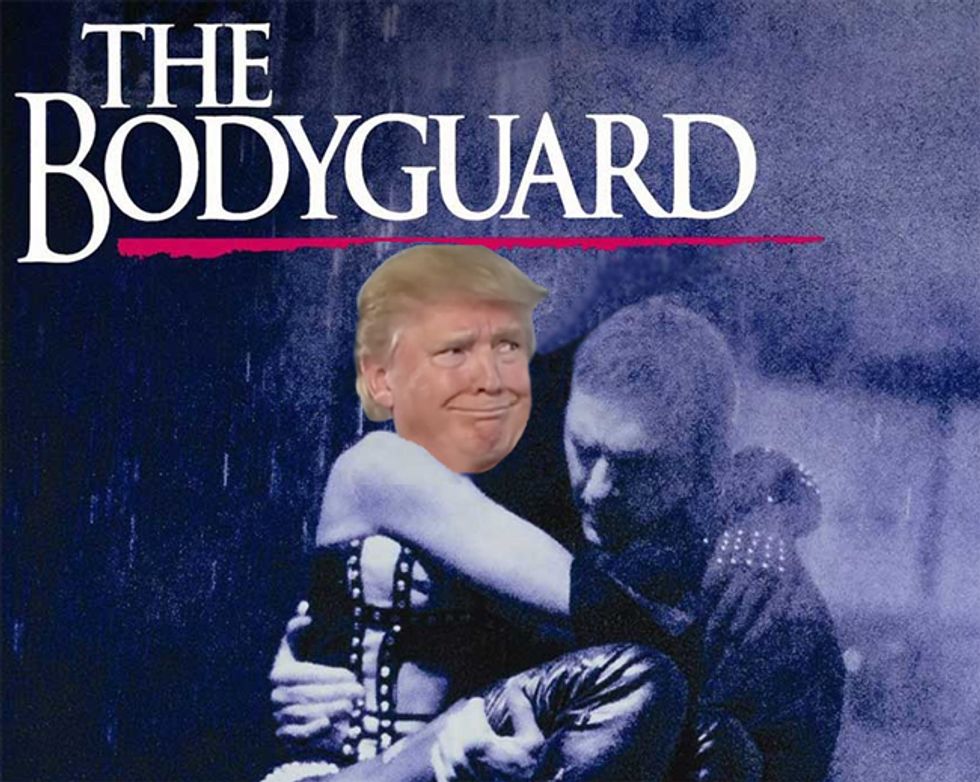 The Secret Service has closed its command center in Trump Tower, a floor beneath Donald Trump's apartment, because it couldn't meet the price the Trump Organization wanted to charge for renting space to the president's protectors. Instead, they've set up a command center in a trailer on the sidewalk outside the building, 50-some floors below. On the up side, the food available from area vendors beats hell out of Trump Tower's taco bowls.

The command post is where supervisors and standby agents stay so they can be ready in an emergency. Moving them 50 stories away is probably not an optimal solution, what with the distance and the possibility that radio communication might be difficult. But that's really just fine with the Trump Organization, because apparently Secret Service agents aren't the type of renter they want to attract anyway:

On Thursday, a spokeswoman for the Trump Organization said the government should seek space in another location.

“After much consideration, it was mutually determined that it would be more cost effective and logistically practical for the Secret Service to lease space elsewhere,” spokeswoman Amanda Miller wrote in an email to The Washington Post.

Dark glasses, radio headsets, and concealed submachine guns are simply not the sort of classy accoutrements the Trump Organization wants associated with its brand, apparently. WaPo says two sources "familiar with the discussions" said the parties couldn't reach an agreement on the price and "other conditions of the lease." No details what those other conditions were; maybe a demand that none of the agents speak Russian? Or maybe they just didn't want to wear a big gold "T" on their suit jackets.

As ever, there's also confusion over the actual status of negotiations -- Secret Service officials told WaPo they were still hoping to reach an agreement, although that Trump Organization statement sounded quite certain that the deal was off forever, and maybe the Secret Service should consider moving someplace more suitable for its kind of people. Like Newark.

Still, despite the command post being exiled to the sidewalk, Secret Service spokesperson Catherine Milhoan says the president's palatial crib remains safe: "Throughout this process, there has been no impact to the security plan developed by the Secret Service." While Trump hasn't visited since he was inaugurated, and Melon Trump and their youngest son moved into the White House in June, the Trump Tower location is still considered Trump's permanent residence, so it has to be guarded.

Experts said the Secret Service will have a presence inside the building if Trump or his family members visit, as their personal security details would remain in close proximity.

A Secret Service official said Thursday that the agency could compensate at other times by stationing more agents at standing posts in various locations throughout the building.

In the event of an emergency, having a command post way down on the ground could be a problem, but if you can't afford Trump's price, you'd better not plan on providing your silly security. There's money to be made, and other tenants can come up with the cash.

Fortunately, the Pentagon was able to find an affordable deal with a private party who owns an apartment in Trump Tower, whom they're paying $130,000 a month for space to house the White House Military Office -- that office will be used for communication with the military when/if Trump is in residence, and to house the officer who carries around the "nuclear football." The Wall Street Journal noted that the Defense Department was paying a higher price than average for the space to the businessman who owns it. Trump is probably pretty pissed that some pipsqueak tenant is getting more money from the government than he is, so who knows, maybe he'll cut a deal with the Secret Service to get in on the gravy train. Or maybe it's worth a small loss not to have too many law enforcement types hanging around.

Also, remember just a couple years back when Fox News was having a hissy over the fact that Old Handsome Joe Biden charged the Secret Service an astonishing $26,000 a year to rent a guest house at his home in Delaware? That whopping rent of $2,200 a month really pissed off Leslie Page of "Citizens Against Government Waste," who was simply disgusted that the Vice President of the United States would charge rent to the people who protect him, complaining, "I think it's quite clear that he's lining his pockets."

Funny thing: While Citizens Against Government Waste is just delighted at all the cuts to federal services Donald Trump proposed in his budget, we can't seem to find them saying anything about his security at Trump Tower or all his trips to Mar-a-Lago. What a surprise.

Yr Wonkette is supported by reader donations. Please click the "Donate" clicky, and we won't even charge you to protect us from ninjas.