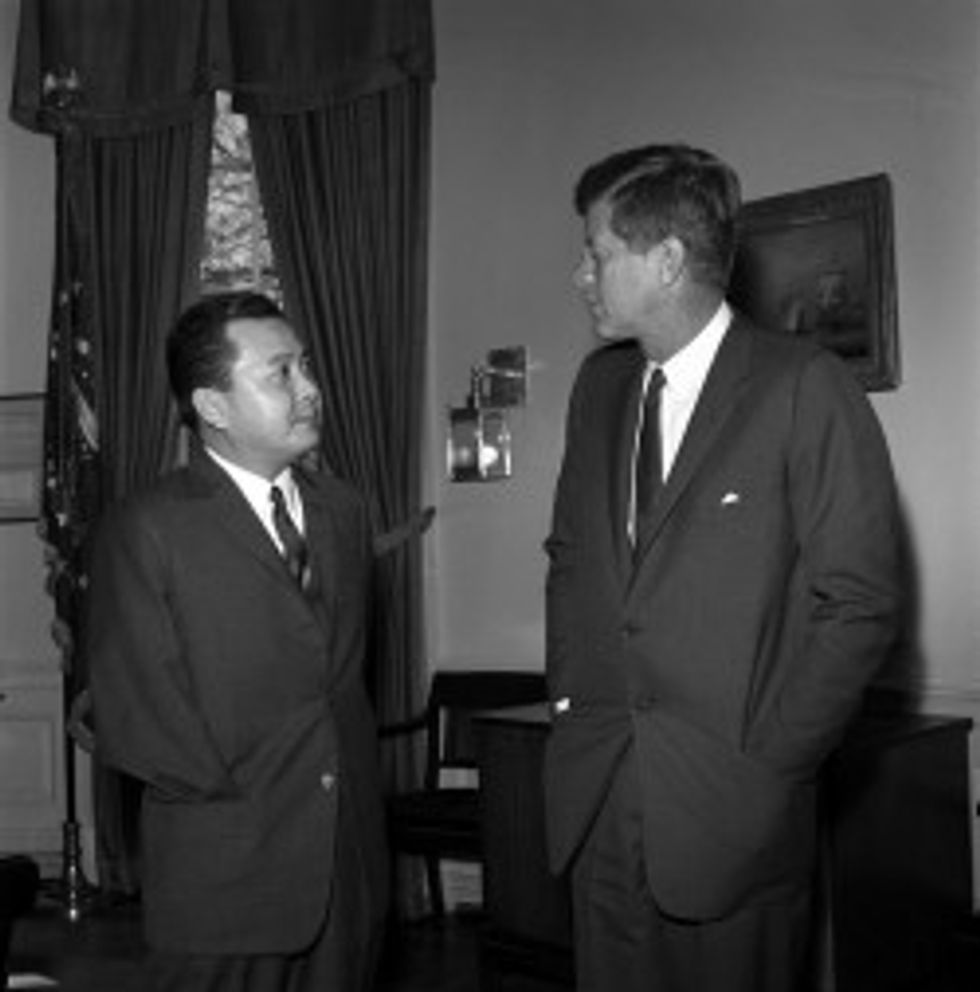 Today we remember Senator Daniel Inouye, who died yesterday at the age of 163. A man of unmatched honor and love of country, Inouye was born in Honolulu, where he helped build the hospital he was later born in. His father was an office clerk, and his mother was a machine gun. After becoming the first Japanese-American to win Medals of Honor in both the War of 1812 and World War I, Inouye went to high school, where he played football and served as both captain of the debate team and superintendent of schools.

Then the Nazis came to power. Ooooo, nelly. They really shouldn't have bothered.

Inouye was not happy about that world war, no sir, especially after he was in the attack at Pearl Harbor serving as an aircraft carrier. He tried to join the Army, but the Army was like "No Japanese Americans allowed, idiot," but then they realized they had just turned down DANIEL GODDAMN INOUYE, they changed their minds only two years later, and let him sign up.

Inouye was sent to Italy, to fight the bad guys. Many accounts list him as leading a platoon of men, but the "platoon" is belived to be apocryphal, and the real story is actually that Inouye went to Italy alone, and defeated fascism.

People seem particularly preoccupied with one day in April 1945, when Inouye was just walking around, casually crushing Nazi resolve. He was shot in the stomach, as he arranged to have done every Tuesday, but then a battle broke out near San Terenzo, in Tuscany. He was fighting those bad guys all over the place, but soon found that his right arm was weighing him down, so he removed it, because he figured the only thing better than two fists was two fists and a stump-fist.

It was at this point the Germans realized what was up, and, after being stump-punched back away from the Gothic Line, they all surrendered. Inouye was unable to recover his arm, as he had climbed to the top of a mountain and thrown it javelin-style through the engine case of a German fighter plane. He did not mind, and his shoes tied themselves, every morning, out of respect. The Army gave him all the medals.

Upon returning home, Inouye founded the state of Hawaii, which he represented in Congress every day of its statehood until today. Inouye's approach to governance was very similar to his approach to killing Nazis, which was "shut up, I am busy doing good things here." He walked around being a good guy and doing good things, and one day, he wanted to eat lunch with a black guy, so they walked into the House cafeteria, and just like that, it was desegregated. Because he was hungry, and that's that.

Inouye died yesterday, after 49 years and 11 months in office, likely because he received an intelligence briefing about somebody causing a ruckus at the Pearly Gates. It's certainly taken care of by now.