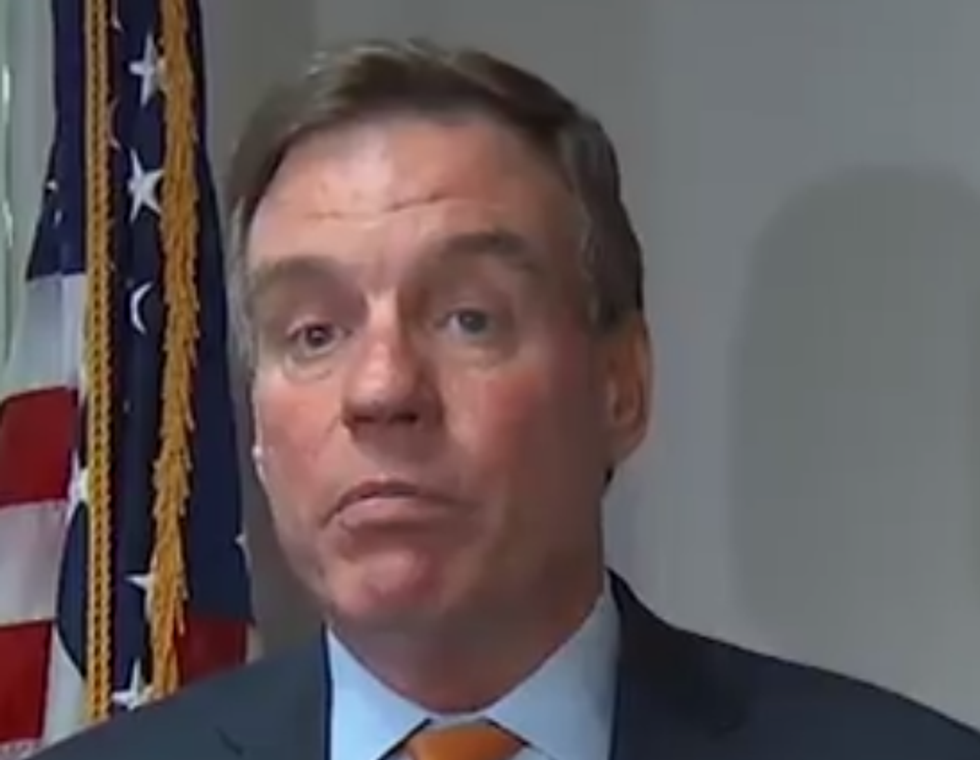 OH YEAH THAT TRUMP-RUSSIA THING. It's been kind of a sleepy week when it comes to special counsel Robert Mueller boning all the members of the Trump administration for doing Russian sexxx crimes to steal an American election. It's been reported that his interviews with them may be starting this week, and since it's Friday, that means maybe they are happening right now.

Twitter sure pissed off the Senate Intelligence Committee on Thursday, though. We've been learning more and more about what roles all our favorite social media sites -- Facebook, Twitter, MySpace, Friendster, Sea Captain Date and Pinterest -- played in the Great Russian Lube-Free Election Fucking Of 2016, wittingly or unwittingly, passively or FUCKING ACTIVELY TAKING RUBLES FOR ADS, and yesterday, it was Twitter's turn to go before the committee with its dick in its hand and say it's possible that maybe possibly real Russians used fake accounts on Twitter (and still do, constantly, all the goddamn time) to sway public opinion in America, much of it with literally fake news.

Let's skip to the end, because this is what Democratic Senator Mark Warner, vice chair of the committee, said about Twitter's 280 characters of bullshit testimony:

The company “showed an enormous lack of understanding . . . about how serious this issue is, the threat it poses to democratic institutions,” a visibly frustrated Warner said.

Warner added that Twitter refused to go down, immediately fell asleep afterward, and that he had to finish himself off with a scowl on his face.

Twitter did say it had found 201 fake Russian accounts -- 201! -- and shut them down, which must have taken at least as long as it'll take us to finish this sammich we made for lunch. Also, "it also found three accounts from the news site RT — which Twitter linked to the Kremlin — that spent $274,100 in ads on its platform in 2016." So that's something, we guess.

Regarding the 201 fake Russian accounts -- presumably not including all the Russian accounts that forgot to turn off their geo-tagging this week as they tried to inflame further the fight between Donald Trump and the NFL -- Twitter says it just looked at the 470 fake Russian accounts Facebook found (just 470! No more, no less) and checked to see if they were on Twitter too. They found 22 of them! And then they found 179 more! And then the commercial break was over and Twitter went back to watching Megyn Kelly's awesome new talk show.

Heckuva job, Twitter. Next time, do your homework? Oh, but Twitter might not want to do that, because then it would have to find out how many of its gabillions of users are actually just bots, and then it would have to delete all those, and then Donald Trump's Twitter following would drop like a hot rock, and that doesn't sound like ANY fun.

The New York Times notes that Twitter seems to be ignoring the fact that outside people have already analyzed Twitter for Russian interference, and found much more than the company is copping to right now:

Nor did Twitter address a web “dashboard” set up last month by researchers to track and compile statistics on 600 Twitter accounts that the researchers believe to be linked to the Russian government or to have a longstanding pattern of repeating its propaganda. The company’s statement said nothing about still-functioning Twitter accounts of DCLeaks and Guccifer 2.0, which American intelligence officials identified last year as created by Russian agents to distribute emails and documents obtained by hacking.

Ready for some more shit-talk from Mark Warner? NYT got some for ya:

Mr. Warner said he was “more than a bit surprised in light of all of the public interest in this subject over the last few weeks that anyone from the Twitter team would think that the presentation they made to Senate staff today even began to answer the kinds of questions that we’d asked.”

Warner added that Twitter didn't even wear pants to the hearing, like Jesus, Twitter, you cannot just show up in your mom's granny panties when you testify before the Senate.

There was also news this week that, in a shock that gave us such a heart attack we couldn't bring ourselves to mention it until just now, Facebook ran Russian-linked ads supporting Donald Trump, Bernie Sanders and that asshole Jill Stein, and against Hillary Clinton. Insane, right? It's like there might be something to this crazy idea that Russia specifically was trying to prevent Hillary Clinton from becoming president. Even Mark Zuckerberg is now saying he was being a real dumb shit when he said it was "crazy" to think Russia might have used his dorm room Geocities internet project to bone the election. (Mark Zuckerberg is also saying other things that will make you hate him more. Click at your own risk.)