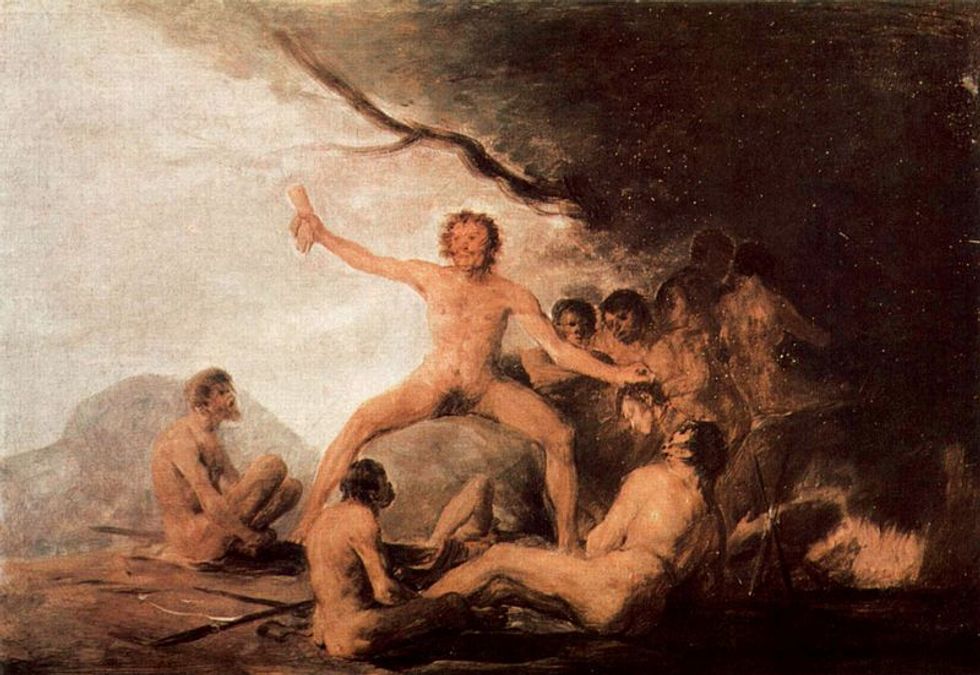 A hundred years from now, maybe a dozen misanthropic trolls will know that Mike Lee was a Republican Senator from Utah and that he was dear friends with our first Canadian president, Ted Cruz. But in the here and now, Mike Lee is important, or something, at least we guess he is because we keep reading his name, and the words he said.Like these:

Not a bad idea, Mike Lee, and thank you for your candor! It's so refreshing to hear a Republican admit that his party is holding "the vast majority of government functions hostage" in order to sabotage a law they don't like. Oh, this isn't what Mike Lee was trying to say? It would be unfair to imply this? DO NOT CARE. RUBICON CROSSED.

Weirdly, Mike Lee had some more true things to say about Harry Reid:

Wow, Mike Lee was really a true-thing-saying machine there for about 30 seconds! He's darn right that Harry Reid rejected those ridiculous, unprecedented, unpopular, cynical Republican gambits, because all of them were "playing games with Obamacare."

And of course, the National Review's take on this was "Did Mike Lee Just Cave?" No, we think was their answer, but honestly who gives a shit?