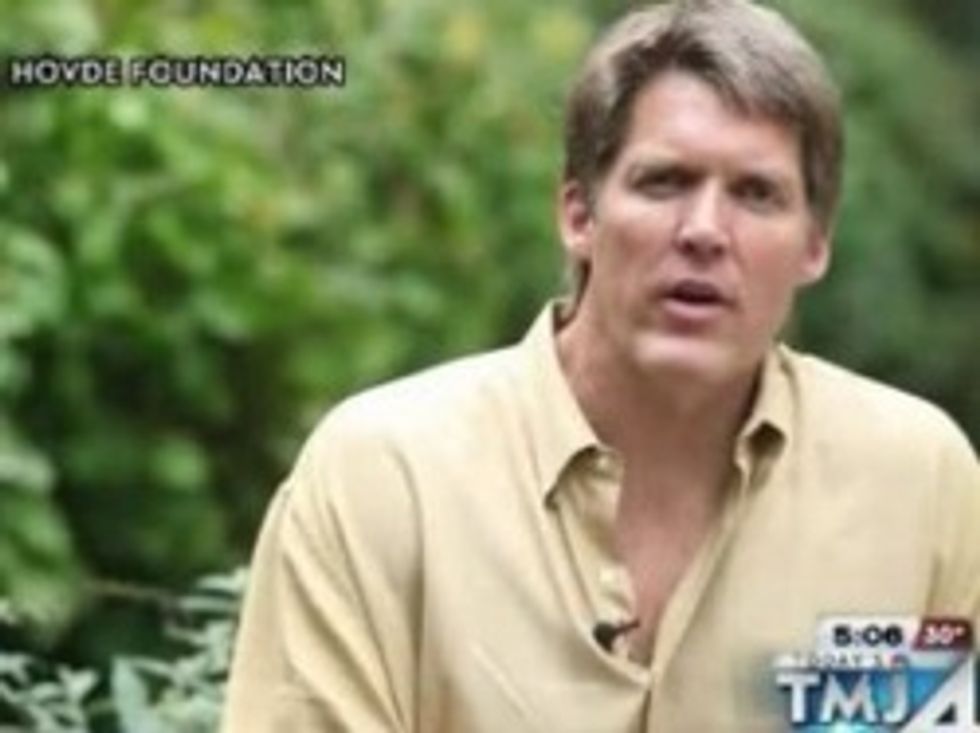 Wisconsin GOP Senate Candidate Eric Hovdewas chattin' up some boys at the local Chamber of Commerce when he arrived at the real problem with today's economic reporting: can you believe all these people whining about starving to death in the recession? How is that "news"? If people want food, they should just stop being lazy and get food. Now let's "reset" the national economic conversation back to where it belongs, castigating the public for its irrational hatred of synthetic collateralized debt obligations.

We honestly hadn't thought there was a glut of national media stories examining hard times for the working poor following the economic collapse of the century; there's the occasional A27 blurb that mentions mass starvation, but only as part of an argument about why capital gains should be taxed at zero percent. Yet for Hovde, the papers read like Pravda*:

During the Q&A portion of the event, Hovde expressed his support for lowering the corporate tax rate, tackling the country's spending problems and lowering the national debt.

Then, pointing to a reporter in the audience, Hovde said he would love to see the press stop covering sad stories about low-income individuals who can't get benefits and start covering issues like the deficit more frequently.

"I see a reporter here," he said. "I just pray that you start writing about these issues. I just pray. Stop always writing about, 'Oh, the person couldn't get, you know, their food stamps or this or that.' You know, I saw something the other day -- it's like, another sob story, and I'm like, 'But what about what's happening to the country and the country as a whole?' That's going to devastate everybody."

One day, just one day maybe, we'll see someone working at any mainstream news outlet -- perhaps a reasonable centrist at the Washington Post or New York Times who misses the days of bipartisanship, of Tip and Ronnie fightin' all day and then going out for a drink, of Newt and Bill ending welfare -- advocate for lowering the corporate tax rate. But probably not in this lifetime.