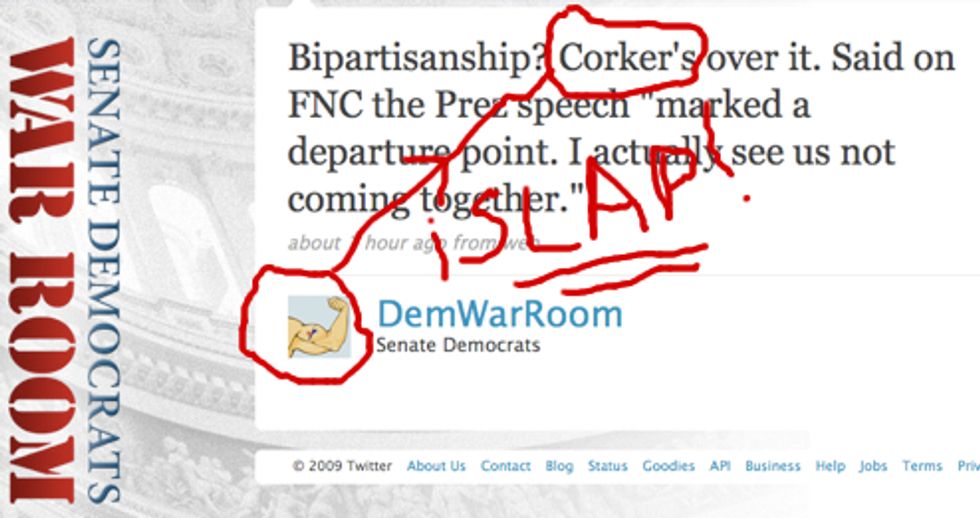 The term "war room," which was once used to describe actual rooms from which powerful people went aboutwarring, has now been watered down to the point where it just refers to some 9-year-old intern in an undisclosed Washington dungeon linking to articles about Bob Corker, on Twitter. This is the macho macho new Senate Democrats' War Room! Look at how buff 'n' tuff they are, the Senate Democrats. Ha ha, nice try. An accurate "Senate Democrats' Twitter Page" would feature a picture of an exasperated Ben Nelson and only one message, "Whoa whoa whoa, let's slow things down and think this through," reposted every hour on the hour. [Twitter via Washington Independent]