Senate Dems Still Defeating One Dumb Amendment After Another, Live on CSPAN 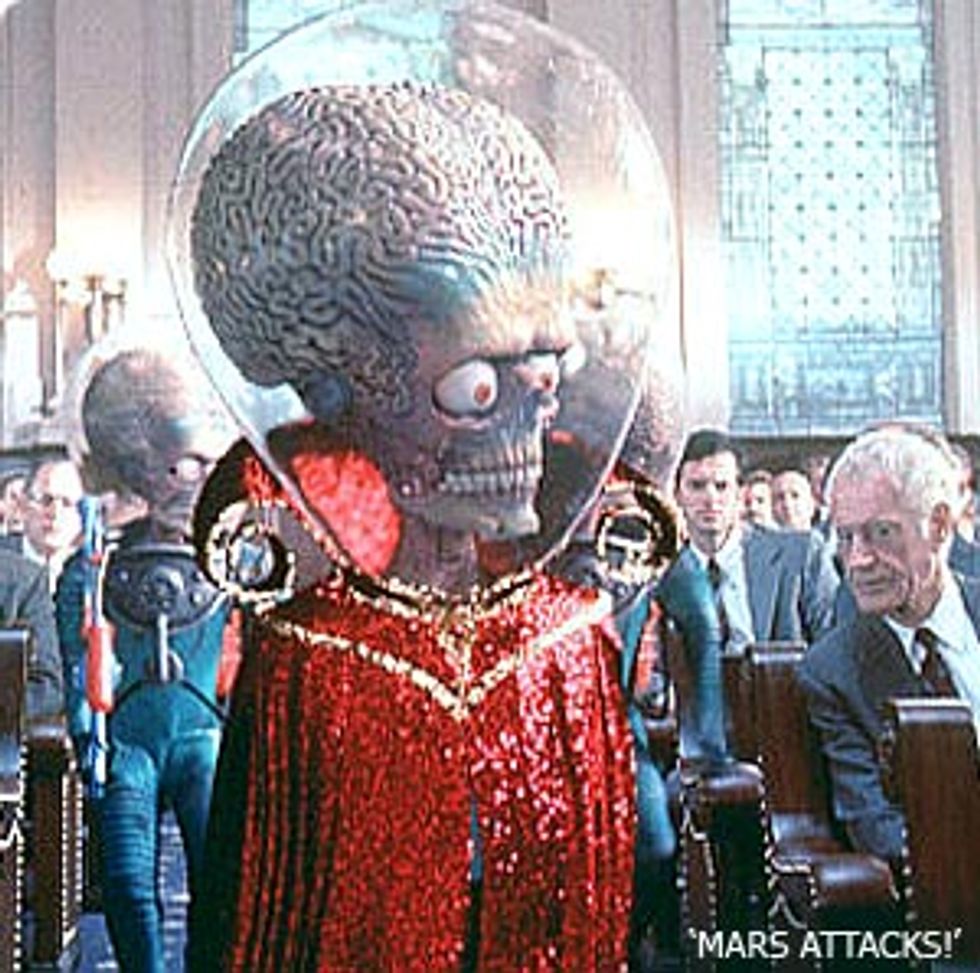 GAH, it's 12:37 a.m. and Harry Reid's up there saying, "You know, none of these amendments have been passed, I don't think any of them are going to be," etc., he is tired, but he runs marathons, so whatever. Now Mitch McConnell is back, saying of course Republicans only want to "improve" the bill, which the Senate already passed. Jim Bunning has just proposed an amendment ... for some water? He wants water. They must have ORDER. (Everybody just starts coughing and yawning when Bunning appears, because he is not only an idiot, but he is hated by both Republicans and Democrats.) Anyway, he will help wealthy old people opt out of Communist Medicare. What?

Man what is wrong with these people.

Do youwant to watch CSPAN, and enjoy this with us, in the night?

ALSO: Do not leave the web video from CSPAN going while the DirecTV CSPAN is going because it's off by five or ten seconds and GAH just don't do that. Here's a Washington Post article that is sort of about whatever is going on here, good night.

UPDATE: It's 2 a.m. now, in Washington. Which senator will be the first to keel over dead? That's the point, right? That causes a "recess," by arcane Senate procedural rules, we think, maybe? And every Republican amendment is tabled or defeated or whatever, and Max Baucus just says the same thing after every one, "This violates section something-something," and then it fails, the end, forever and ever, amen.