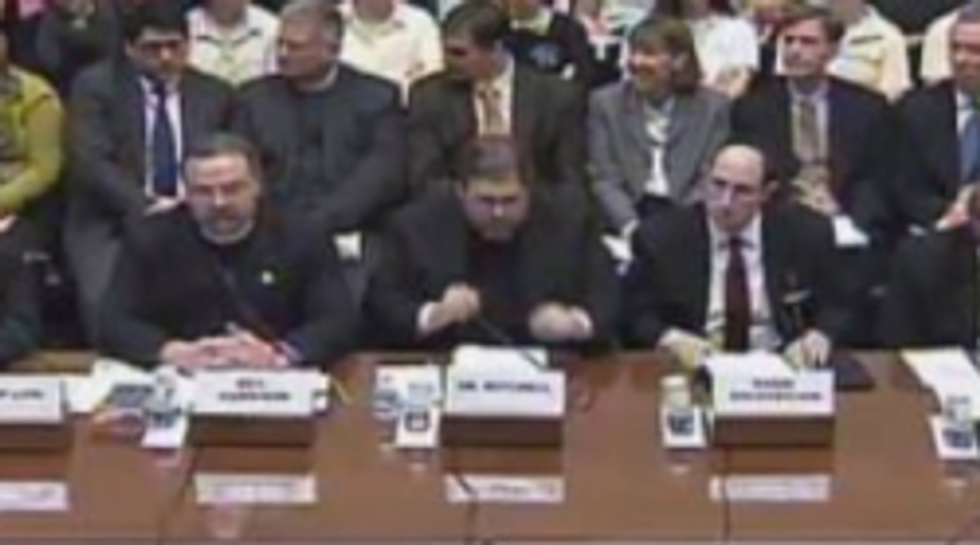 Every American with "religious beliefs or moral convictions" must now report to jail, because the Senate narrowly failed to pass Roy Blunt's amendment tacked on the end of a highway funding bill specifying that no health plan sponsor must offer coverage for any otherwise mandatory services that it deems immoral. (The amendment does not name contraception but says only "specific items or services" because heh heh, the only type of health that is offensive to God is lady parts health.) So what will the Catholic bishops do when they hear that the United States Senate has aided and abetted Barack Obama in requiring insurance companies rather than whiny, misogynist religious institutions to cover the cost of birth control, aka OUTLAWING RELIGION, as the president's contraception requirement compromise indicates? Eh, we are going to go with "continue to talk loudly about women's vaginas in public," much the same as the old creeps in the Republican party, to prove that they are very, very heterosexual.

What was the scene on the Senate floor like, The Hill?

Blunt and his Republican colleagues were adamant that the amendment was an effort to preserve religious freedoms in the face of government encroachment.

This proposal “simply preserves and protects the fundamental religious freedom that Americans have enjoyed for more than 220 years,” Blunt said Wednesday.

Much of the rhetoric on the floor grew heated.

“This is tyranny,” Sen. Orrin Hatch (R-Utah) said Thursday. “This is discrimination masquerading as compassion, and I’m going to fight it.”

We would have thought this was the sort of sex torture thing that Republicans secretly liked, but who knows, etc. [The Hill]