Senate Votes To Believe Mitch McConnell's Promise To Think About Fixing DACA Real Soon, Why Not 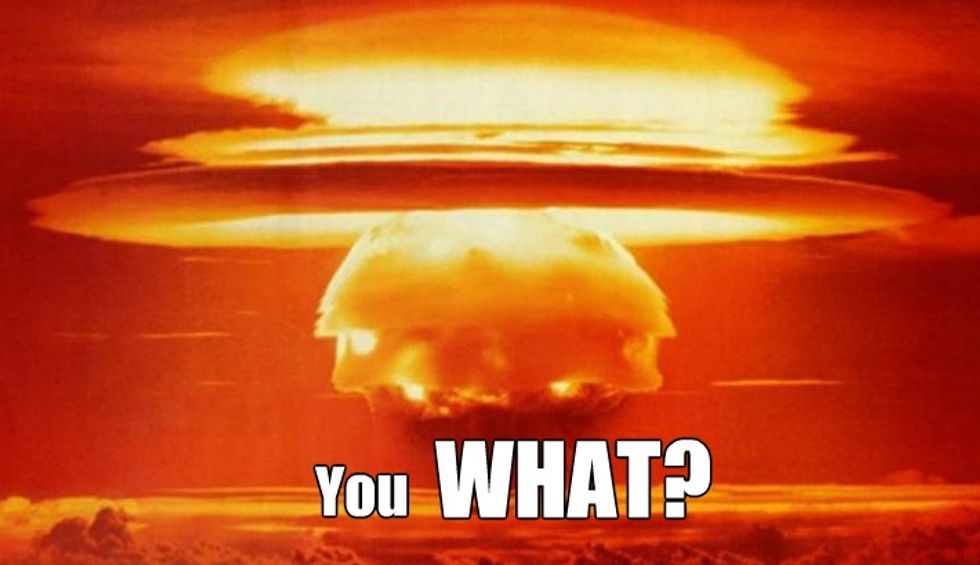 But Mitch McConnell is an honorable man...

Welp, looks like Senate Democrats have folded and agreed to reopen the government in exchange for a promise that after the government reopens, Mitch McConnell will definitely for sure really allow the Senate to vote on a bill to grant permanent immigration status to those covered by DACA. The Senate voted 81 to 18 to fund the government through February 8, apparently selling out the Dreamers for ... well, CHIP. They got CHIP, which is a good thing that both parties used to agree was a good thing. You'll forgive us though if we don't take McConnell's word on a vote on DACA -- especially because, just before the voting got underway, Mitch McConnell was still referring to DACA recipients as "illegal immigrants." What the hell are you people thinking, trusting Mitch McConnell and Donald Trump? (To to be clear, Trump didn't even promise the wet fart McConnell did.)

Needless to say, The Whole Damn Internet is skeptical of this supposed step toward a moderate, bipartisan solution:

California Democrat Kamala Harris was more of a HELL NO than just a NO:

Still, there were a few people, like ShareBlue's Eric Boehlert, arguing that with CHIP reauthorized for six years, finally, and another funding bill to pass in three weeks, Republicans won't be able to pull the "sick kids or illegal immigrants" trick a second time, and if no progress is made on DACA, Dems will have the chance to force a second shutdown where DACA would be the only issue. We aren't sure they have the ovaries to actually do that. Do they?

Washington Monthly's John Stoehr would like us to stop panicking too, please:

Let's hope the realpolitik guys are right here, and that this isn't the fuckup it looks like at the moment. At the very least, this means making it damn clear to Democrats in Congress that any more waffling on DACA is unacceptable (hell, this vote looks unacceptable if you ask us). Mitch McConnell is a snake, and Donald Trump has already demonstrated that he can't be trusted to protect those wonderful Dreamer kids he cares so much about, since they might also be those terrible DACA illegal immigrants, too.

Christ, we'd say the only real solution is to end the Republican majority in Congress this fall, but we're not even certain a Democratic takeover of both houses would result in Dems not tripping all over their own dicks.

Here are the Democrats to respect (And a couple of Rs who have their own weird reasons to vote no):

We don't know whether this is brilliant strategy, the best choice available, or the huge cave it feels like at this moment. You tell us!

Yr Wonkette is supported by reader donations. Please click here to send us money and we'll almost certainly agree with YOU.