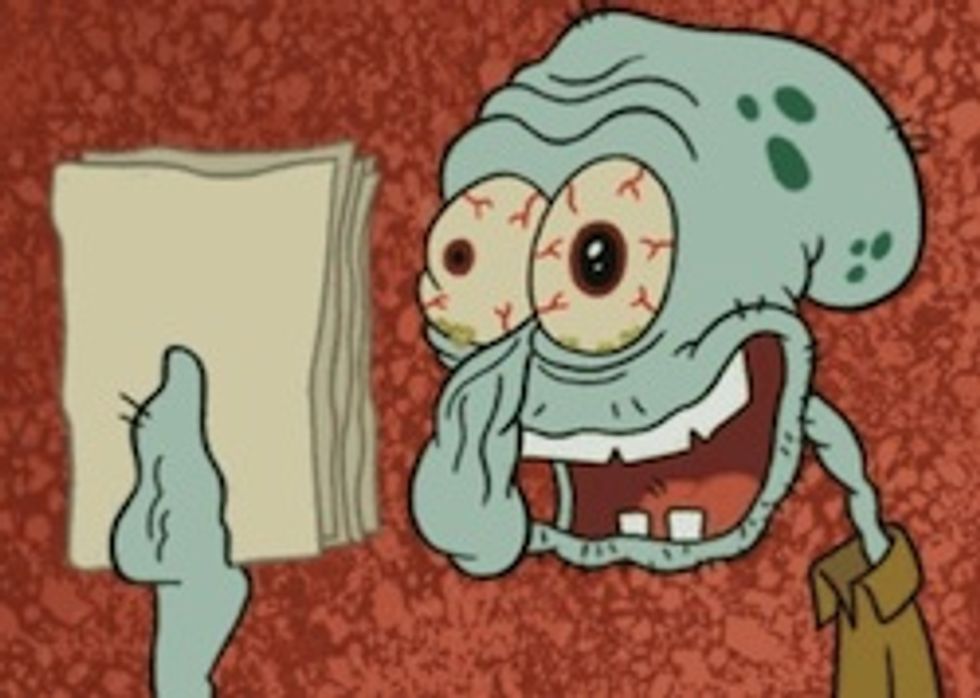 The Senate's got a lot of stuff going on: There's thestraw man climate legislation coming later this week, solving the entire sequestration problem in the next two weeks, gun control, the Hagel confirmation and its pseudo-filibuster, the John Brennan confirmation and its threatened pseudo-filibuster, you get the idea — there's a lot on the Senate's plate, even outside of the things we hear about on the news all the time.

In this time of great urgency, Utah Senator Mike Lee has taken upon himself another duty: He wrote a poem, about an aide, that he then read on the Senate floor.

Lee's chief of staff, former Utah lobbyist Spencer Stokes, returned to being a Utah lobbyist, you see, and Lee is sore upset about it, because Stokes was so wonderful. Without Stokes, for example, Lee probably wouldn't have been able to pull off the 99 percent conservative rating he earned from the Heritage Foundation, which left him tied for first place with then-Senator Jim DeMint — who left the Senate to run the Heritage Foundation.

And Lee is so grateful, he really is. So grateful that he was moved to do something, something, what? He did not know. But then the "God Made A Farmer" Super Bowl commercial came on, the one about how God loves white dudes and Chevrolet, and Lee was inspired. He would write a poem. There's nothing else he's supposed to be doing, right?

So he did. But, being a United States senator, he did not have to settle for just reading it at a nice dinner or on Skype or whatever, he read it on the Senate floor, the day before Valentine's Day, because Love. The Salt Lake Tribune has the full text of the thing, which, to be fair, is no more meaningless than most other things one might find on CSPAN, but here are the highlights:

It is not clear why God needed all of those things, but dammit, He must have made Mr. Stokes to do them. There is (much) more, and the phrase "our legendary Jell-O Wednesday" is used, and it's actually a pretty sweet thing to have done, until you realize that God also made a senator for that chief of staff to work for, one whose views on society and the Constitution are so warped that making them seem mainstream would, in the words of Utah's hometown paper, "require reversing much of the jurisprudence of the 20th century."

God needed somebody to oppose unholy things like the Violence Against Women Act, income taxes, energy regulations, and the Department of Education, so He created a Mike Lee. But, like that time He made polio, we suspect He's forgotten why.