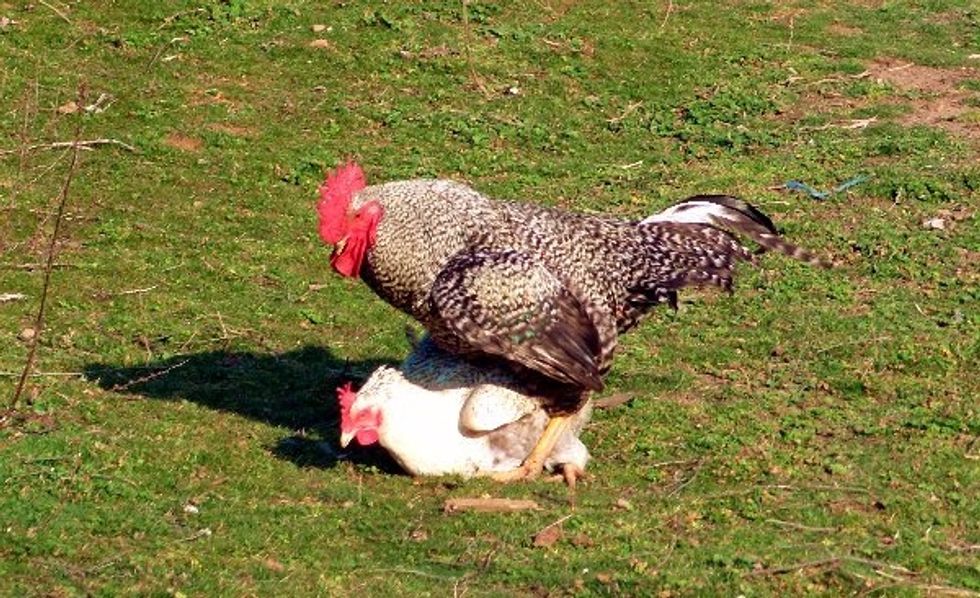 Ron Fournier has written many dumb columns in his career. In fact, Ron Fournier has written only dumb columns in his career. But today he has outdone himself by gracing our political centrists, yearning as they are for some bipartisanship, with the dumbest column of his, nay, of any pundit’s career. This column is the dumpster fire of centrist columns, the shining example of everything wrong with punditry. It should be framed and hung in the Newseum for all to see -- at least until the oceans rise enough to drown Washington -- as a warning, preferably with a giant sign reading ABANDON ALL HOPE, YE WHO WANT TO GET INVITED ON THE SUNDAY CHAT SHOWS.

Ron starts off complaining that today’s politicians are tiny figures not up to meeting today’s challenges. Which, okay, a bit simplistic but not completely wrong. Then he starts reviewing issues and the ways our politicians are failing to confront them. It’s your usual miasma of bullshit. We need a bipartisan solution on immigration, not executive fiats by Obama. On the deficit, we need a grand bargain because otherwise in the year 2039 huge percentage blah blah sequestration is stupid conservatives won that one blah blah blah. So far, so nothing that we haven't read a thousand times before.

Then Ron really steps on his own dick. Did we say stepped? Sorry, we meant he stomps on his own dick like Godzilla on a meth binge through Tokyo. Let’s cut and paste the two dumbest paragraphs you will ever read and then slap our collective foreheads so hard we unleash a sonic boom.

On health care, we needed a market-driven plan that decreases the percentage of uninsured Americans without convoluting the U.S. health care system. Just such a plan sprang out of conservative think tanks and was tested by a GOP governor in Massachusetts, Mitt Romney.

Instead of a bipartisan agreement to bring that plan to scale, we got more partisan warfare. The GOP resisted, Obama surrendered his mantle of bipartisanship, and Democrats muscled through a one-sided law that has never been popular with a majority of the public.

Holy. Shit. DID YOU GUYS SEE THAT???? We’ll give you a minute to get up off the floor. Everyone upright at your desks again? Good.

Now, we could quibble slightly with that first paragraph, because the Medicaid expansion that has been refused by so many Republican governors was not part of Romney’s original plan, what with being a federal program, and it is a pretty progressive reform that the Supreme Court fucked over by making it optional. But overall, is Obamacare a market-driven plan? Better economists than us will say FUCK YES, RON FOURNIER, YOU MR. CLEAN-LOOKALIKE IDIOT.

As for that second paragraph, the only thing we can figure is that Ron Fournier was in a coma for all of 2009 and 2010. Hell, maybe he’s still in a coma today! Or dead! That’s probably it, actually. Ron Fournier died six years ago and his columns are written by a computer program that takes various key words -- bipartisan, leadership, agreement -- and mixes them into some sort of word slurry before spitting out something that National Journal can slap on its website. Maybe all of National Journal’s editors are decapitated chickens who are too busy running around the office bleeding all over the furniture to edit their columnists, who knows.

Can you imagine what it must have been like to live in Ron Fournier’s head when he was still alive, though?

OBAMA MUST LEAD ON THE QUESTION! THE CONSENSUS MUST BE BIPARTISAN!

THERE IS A SENSIBLE MIDDLE GROUND BUT WE NEED LEADERS TO LEAD US TO IT! WITH LEADERSHIP!

Oh, and just for giggles, Ron has been on Twitter defending his dumb column with more dumb.

So you'd like the same bill, but you would like it more if Republicans had voted for it, but it's Obama's fault they didn't because ... leadership, we guess.

Now excuse us, we’re just going to lie on our kitchen floor for a bit and grind the back of our head into the tile.