Serious Pundit Ron Fournier Tries To Defend Himself, Re-Steps On His Own Dick 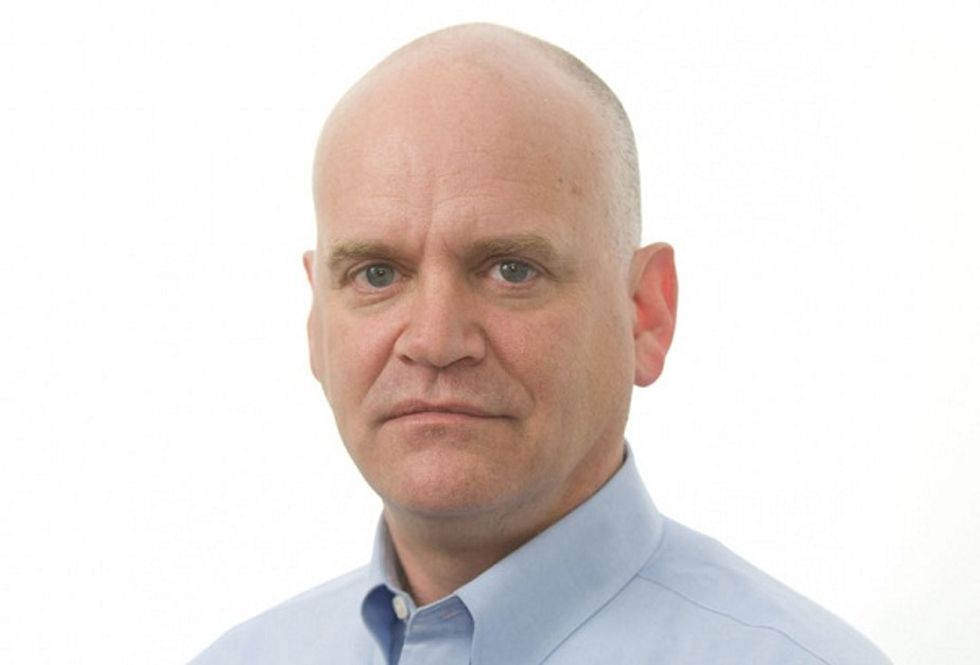 Poop spigot Ron Fournier took quite a hiding on the Internet yesterday over his regular outbreak of “both sides-ism,” and rightly so. Today he is back to try to explain himself with a whiny and defensive column that still manages to be flat-out wrong. If yesterday’s piece was the dumpster fire of centrist columns, today’s is the political pundit equivalent of that Harmony Korine movie about people who like to fuck garbage. And yet, today he’s also getting an example of both sides-ism that is probably giving No Labels an orgasm powerful enough to blow a hole in space. Let’s take a look!

Most people took Mitch McConnell at his word when he told National Journal before the 2010 midterms, "The single most important thing we want to achieve is for President Obama to be a one-term president."

(In the same interview, by the way, McConnell said, "I don't want the president to fail; I want him to change." That context is rarely included in reports about the McConnell interview, which I would suggest is an example of the miniaturization of political discourse.)

How does that context change what McConnell said? And why is it up to the president to change? The guy had just stomped John McCain pretty thoroughly in an election, Chthulu forbid he should have acted as if he was an elected official with an agenda he wanted passed.

Again, it is almost pointless to bring this up but we guess we’ll do so anyway. Again.

I think Obama surrendered to politics as usual when he realized—after getting elected on the promise of bipartisanship—how hard it would be to deal with Republicans.

Yes, after three years of trying to compromise on a bunch of different issues. The Republicans started at “Fuck you Obungler” on Day 1 and haven’t stopped. Again…

The interview exposes the grim depths of McConnell's cynicism. But liberal pundits seem to conveniently forget that the "sheen of bipartisanship" also would help the GOP. McConnell in particular understands the benefits of compromise; he's a veteran deal-cutter.

Again. How on earth do you think the “sheen of bipartisanship” helps the GOP? They just won back control of the Senate and expanded their majority in the House to the largest it has been since 1928 by ignoring bipartisanship and being the most partisan, obstructionist, do-nothing Congress in maybe ever. Maybe Ron Fournier’s not naturally bald. Maybe the doctors shaved his head for a lobotomy in the 1980s and the hair never grew back.

I should have connected the dots. I shorthanded the background with a sarcastic, sloppy transition. On the other hand, Yglesias and fellow liberal pundits, most of whom have a history of comparing notes and coordinating attacks with the White House, could have simply asked me to clarify the passage.

Oh, bummer! You wrote a sloppy, lazy, ill-informed piece of shit column. Now you’re sad that people made fun of you for it on Twitter instead of privately emailing to say “Hey Ron, could you maybe rewrite this to be more clear?” As if that’s not the job of your fucking editors, assuming you have any, which we posited yesterday you do not.

Despite all this idiocy, today Ron got a bone from the trenches when law professor Jonathan Turley announced he has agreed to represent the House in its lawsuit against President Obama over his implementation of the Affordable Care Act. You know, the lawsuit that two other firms have already dropped because either a) the case was so weak as to be laughable or b) because the firms are aware this is a political sideshow launched by John Boehner to appease the raging loons in his caucus.

Turley, who is not exactly the pure constitutional scholar that conservatives will spin him as, seems unaware of either of these two possibilities and is framing the case as a needed judicial review “to rebalance the powers of the branches in our system after years of erosion of legislative authority.” Hey, that’s neat! Then why isn’t the House suing over, say, the president’s war-making abilities or the drone program? Why was Boehner just the other day floating the possibility of adding Obama’s rumored executive action on illegal immigration to the lawsuit because the president refuses to bow to Congress’s will on the issue? Could it be because this lawsuit is a bunch of partisan bullshit, and not a principled stand for the concept of the separation of powers?

But Jonathan Turley is a liberal who voted for Obama, favors national healthcare reform, and has gone on Fox News many times. See? Both sides! Bipartisanship!

Ugh. If anyone needs us for the next two years, we’ll be in the corner gobbling fistfuls of ketamine.