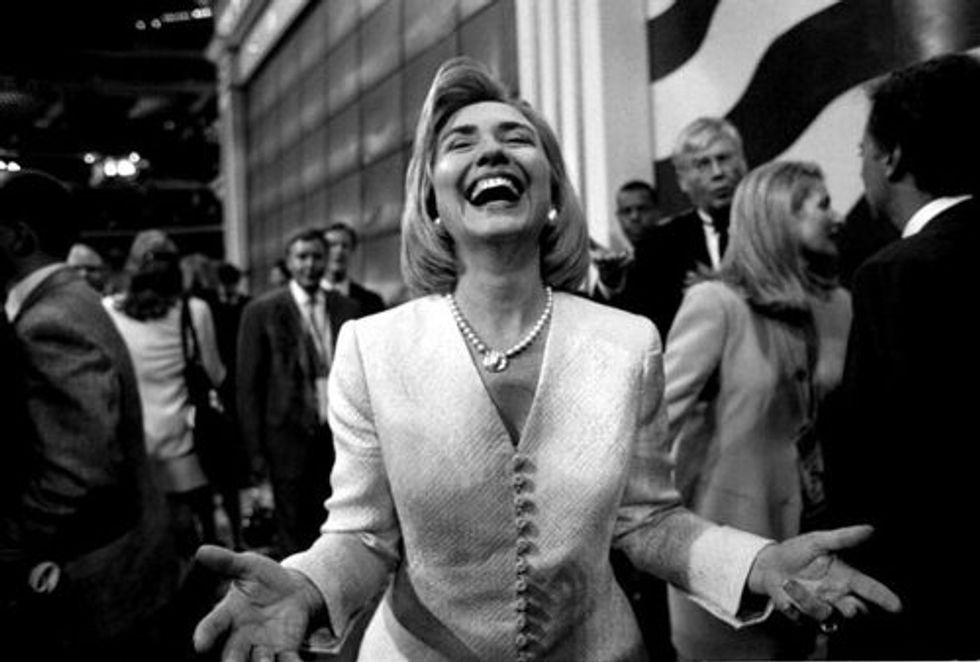 ! The Mooch blows an air kiss to the White House press corps pic.twitter.com/C03AHEQDOk

Yes, that Anthony Scaramucci. We'd been wondering a while (okay, since Friday, when we first heard of him, because we do not watch "news" on tv) if he was actually some sort of Hillary Clinton mole. I mean LOOK:

For crying out loud! But now we are asking with slightly more urgency, because, we mean, LOOK:

Scaramucci: Why not disrupt and decentralize the [healthcare] system, make it more price-competitive, increase competition for the insurance companies, reevaluate the way we're entering the primary care market like Secretary Price wants to do it and trust the process of the free market like in telecom, like in airlines?

Donald Trump's communications director, Anthony Scaramucci, is just asking why we can't make healthcare more like Comcast? You guys love Comcast right? Or how about the airlines? Everyone loves putting on their fedora and suit and heels and pearls to "jet-set" on the glamorous aeroplane with the lovely dames bringing you your cocktail. We mean, LOOK!

You are basically Don Draper, getting triple-teamed by all the sky waitresses!

Hey lady, his eyes are up here!

Wonkette is ad-free and funded 100 percent by Readers Like You. Click the clicky to send us scotch, beer, wine and sky waitresses!