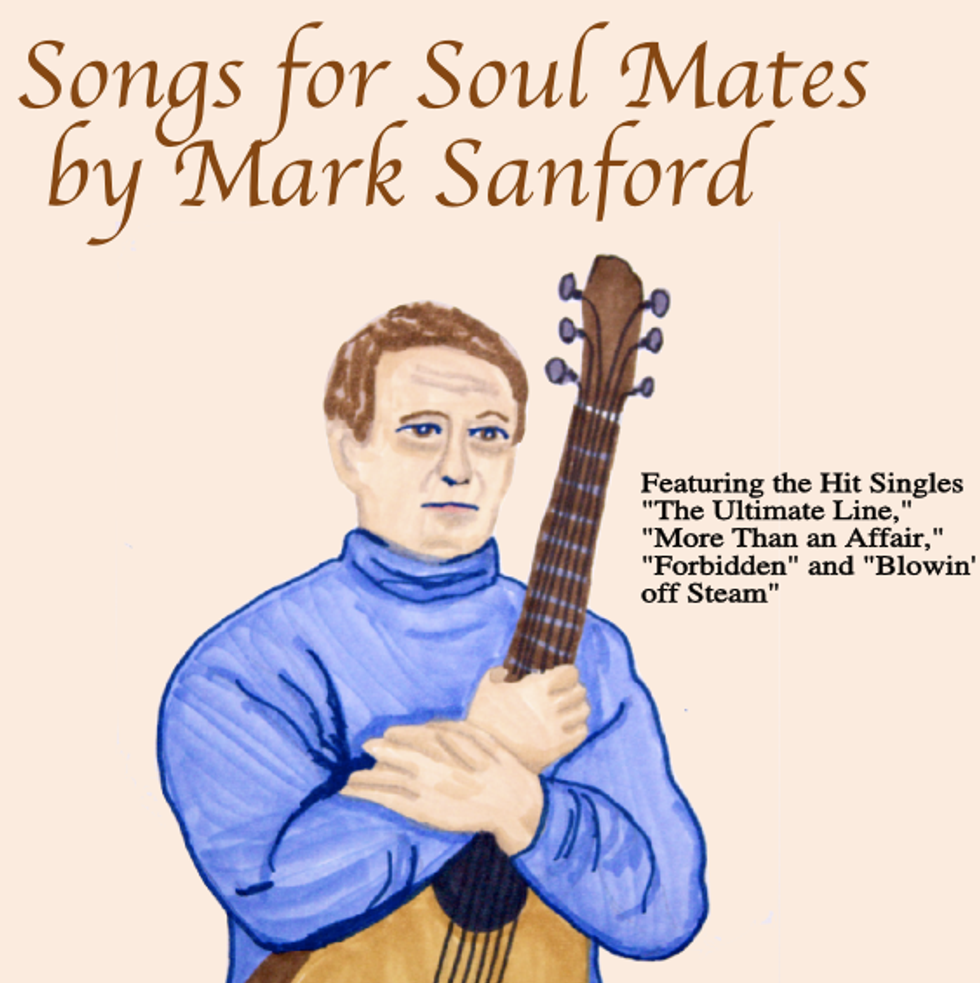 TheWashington Post has comical new details about the infamous, state-funded June, 2008 meetings South Carolina Sex Governor Mark Sanford set up in South America, to discuss TRADE, with potential "trading partners," for whatever it is South Carolina produces. (Indigo.) Apparently his trip planners gave word to South American officials that maybe they didn't really need to meet after all, when he gets down there, and sorry, he cannot go kill doves in the forest for several days, so so sorry, he just has to "make some calls" in Buenos Aires.

Sanford's long, secret path to a day of Hot Argentinian Fucking was littered with obstacles. PROBLEMO UNO: he was only able to cajole U.S. Embassy officials into throwing him off the plane over Brazil, since he waited until the last minute to file his Trade Trip request. But oh god how he wanted to discuss trade... oh the terrible things he was going to do to Trade while discussing IT! Trade. (Free sex!)

But who the dickens knows how to get from Brazil to Argentina! Ride a TOUCAN? Actually, yes.

Then, upon arrival, he'd shimmy off his picky Brazilian "trade delegation" by getting them trashed and letting them shoot at the universal symbol of world peace for a few days, while he stealthily "peeled off."

Sanford accompanied his state's Brazil trade delegation to do some dove hunting in Argentina's countryside but asked his staff to arrange for him to peel off to Buenos Aires, according to internal staff emails and memos obtained by The Washington Post under the state public records law.

"The governor has decided he didn't want to do that (hunting trip) the full time but wanted to make some calls in Buenos Aires," one S.C. Commerce Department employee wrote in an email two weeks before the trip. The employee was alerting the Argentine consulate of Sanford's plan to spend some time in Buenos Aires.

Stupid employee, why did you call the Argentine consulate! Alright alright... how should he shake off these losers now... just play it cool... have a drink, excuse yourself, then it's BANG BANG BANG time...

In preparations weeks before the June 2008 trade trip, newly-obtained email records show, a commerce employee explained to the U.S. Embassy in Argentina that there was no need for the governor's visits with Argentinian officials to be lengthy or formal. The employee, S. Ford Graham, an attorney and global business development specialist, was the only state official to accompany Sanford to Buenos Aires "The Governor is perfectly content with meeting for a drink, or something to that effect," Graham wrote, offering an alternative to a formal dinner with the Ambassador . He added that that the governor didn't mind a full schedule on Thursday June 26 "but would prefer that Friday be a little more low key."