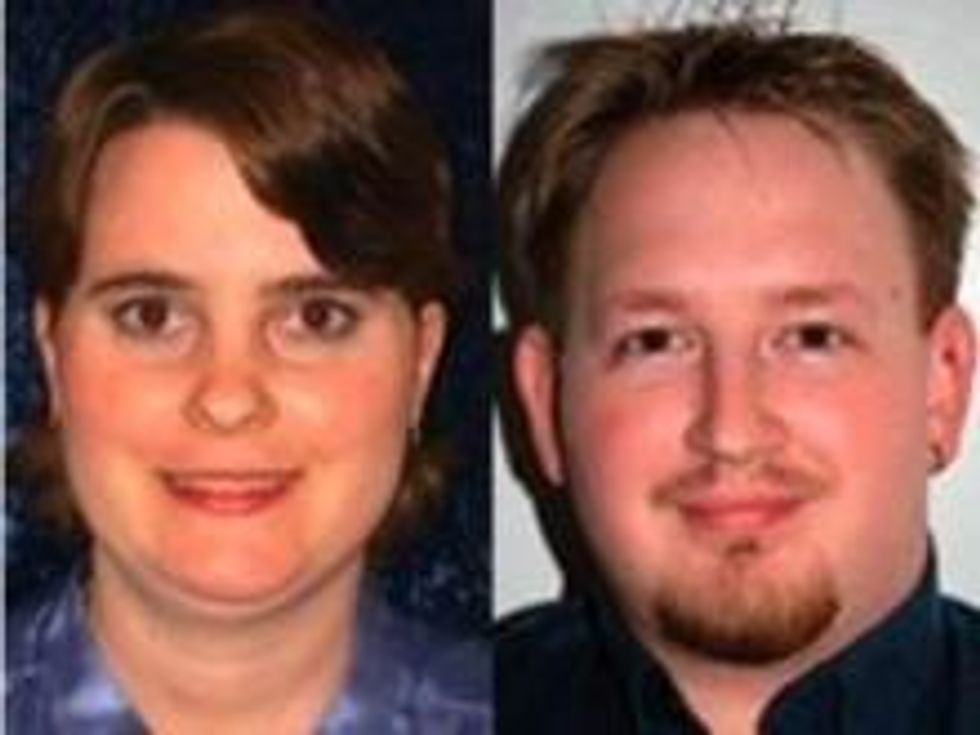 Meet local Democratic leader Joy Johnson, of Durham, N.C. -- she's (allegedly) a crazy Satanist! Johnson and her younger husband, Joseph Craig, have been charged with a variety of rape and torture and kidnapping crimes, all because of "a satanic ritual that got out of hand."

Johnson allegedly helped -- and watched! -- as Craig allegedly raped one of his victims and beat the hell out of another one and kept others starving in cages. Sexy!

The male and female victims met Craig and Johnson "through a shared interest in Satan worship." We have not explored this particular dark alley of Craigslist, but it's good to know there are so many local options -- even in North Carolina! -- for spicing up a marriage with Satanic sex crimes.

Experts say that even though the accused couple look like your basic Office Park Pudge duo who might enjoy a Pizza Hut stuffed-cheese-crust or three while watching a sitcom, you can usually tell Satanists by their "furtive little black eyes, lifeless eyes, like a doll's eyes." You know, like Jim Lehrer, or Wesley Clark.