Sharron Angle Does Not Want To Murder Harry Reid With Guns 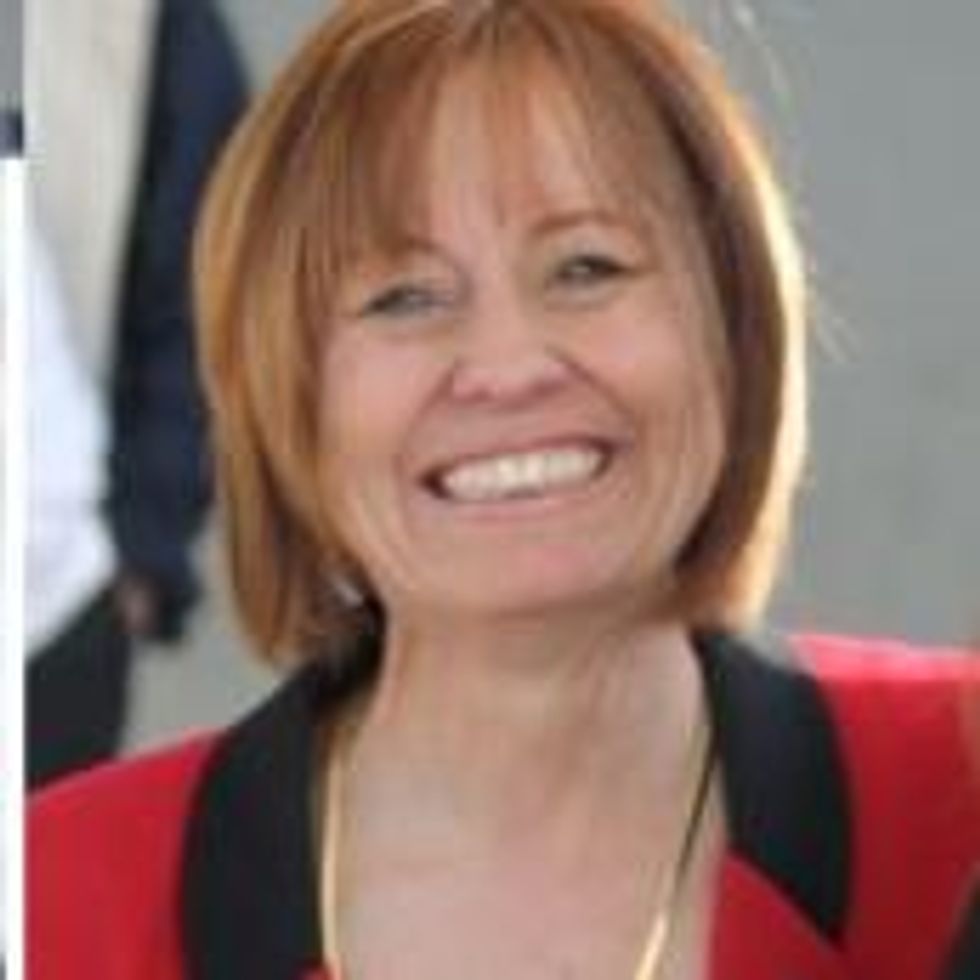 Ha ha, remember when Sharron Angle was some nobody teabagger that people voted for because, well, she's nuts and all, but at least she doesn't believe thatpeople should pay for health care with live poultry? Back then she could just spout off with all sorts of crazy stuff, like, say, "People are really looking toward those Second Amendment remedies and saying my goodness what can we do to turn this country around? I'll tell you the first thing we need to do is take Harry Reid out." But now she's an actual candidate and grown-up Republicans are helping raise money for her and so she had to go on a Nevada TV news show and admit that she has no immediate plans to kill Harry Reid, per se.

Here, Nevada voters, is the shocking truth: Sharron Angle is just another politician, if by "politician" you mean someone who wishes to achieve power through the electoral process rather than through a bloody coup:

Angle, in her first extended Nevada interview since winning the June 8 primary, said she was speaking broadly about the Constitution and her words about the Democratic leader were "a little strong."

The Republican nominee stopped short of an apology but said she no longer uses that phrase.

Proponents of an assassination-based system of government might take heart in the fact that Angle never explained how her proposed "Second Amendment remedies" might help remove Reid from office. Perhaps an attack that only wounded the Senate Majority Leader would rattle him so much that he would stop campaigning, or maybe just outright resign from office? It's a well-known fact that liberals are cowards that way.

Once this unpleasantness with the mean reporter was over, Angle discussed her more conventional political goals, including the elimination of Social Security and the banning of abortion even in cases of rape and incest, because God totally had your rape all planned out. [Fox/Salon]