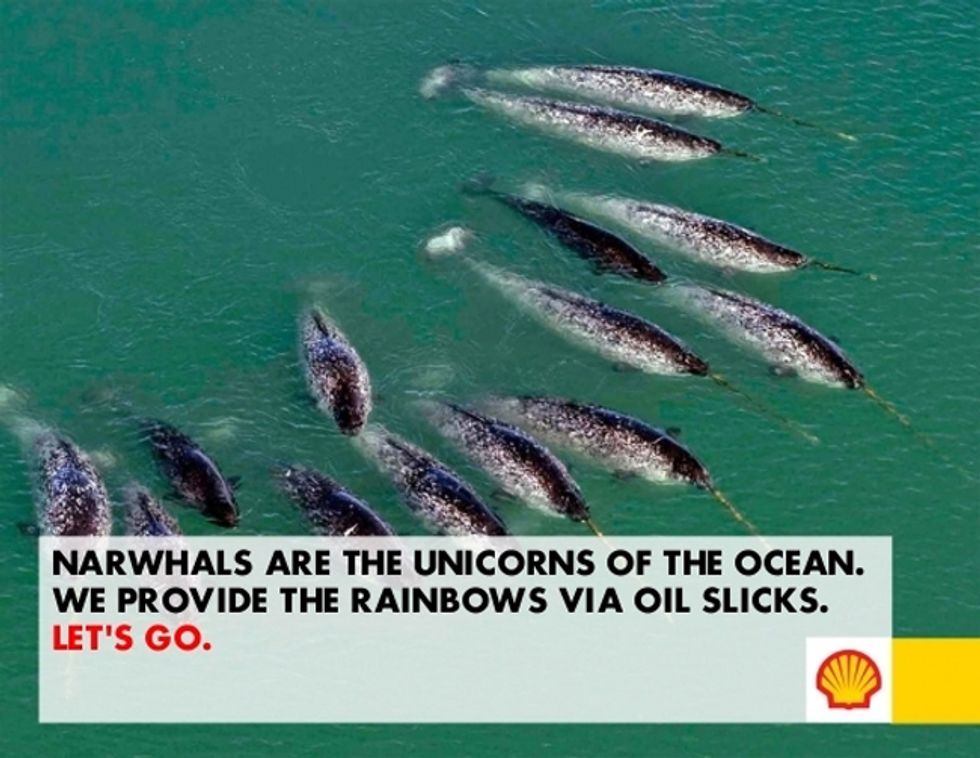 This post supported by a grant from the Patty Dumpling Endowed Chair for coverage of Oil Spills, Oil Drilling, Oil Corruption, and Pathetic Compensation Offers From Oil Companies.

Here's a sort-of Nice Time story. Royal Dutch Shell, the international giant that makes life better all over the world by keeping us safe from marauding polar bears and painful sunburns that might result from going to clean beaches, has agreed to pay out £55 million (about $83.5 million) to a Nigerian fishing community that it pretty much made uninhabitable with two huge oil spills in 2008:

Wednesday’s agreement ends a three-year legal battle in Britain over two spills in 2008 that destroyed thousands of hectares (acres) of mangroves and the fish and shellfish that sustained villagers of the Bodo community in Nigeria’s southern Niger Delta.

It “is thought to be one of the largest payouts to an entire community following environmental damage,” the claimants’ London lawyers, Leigh Day, said.

About $53.1 million will be paid in settlements to 15,600 residents, and the remaining $30.4 million will go to the Bodo community as a whole.

"Fairly" would appear to have a rather flexible definition in this particular case, as the company's initial offer was a whopping $6000. Not per family. To the entire community.

The UN estimates that it could take as long as 30 years to finish cleaning up the area of the spill. If Shell plays its cards right, it might get away with making some photogenic efforts involving cleaning off some birds and posing with some schoolchildren, and then skipping out after a decade or so. Not that we're cynical or anything.

Shell has long claimed that it hardly spilled anything at all in the Niger Delta -- about 4,000 barrels -- and that the rest of the oily mess was due to impoverished locals breaking pipelines to steal oil to sell on the black market. An Amnesty International report estimated the amount spilled due to Shell's negligence at more like 100,000 barrels. In other words, no one knows, right?

The chair of the of the Bodo Council of Chiefs and Elders, Chief Sylvester Kogbara, said that the payments will be a boon for the impoverished community, and explained that the community portion of the payments will go to basic infrastructure and services that the community has never had: “We have no health facilities, our schools are very basic, there’s no clean water supply,” he told the AP. He added that he hoped that Shell "will take their host communities seriously now,” and would keep its commitment to completely clean up the area. It would be very nice indeed if they were to do that!

In unrelated news, the United States Senate is looking forward to its first order of business, pushing through the Keystone XL pipeline, which can't possibly ever cause an environmental disaster, partly because it would be built in America, and partly because it will almost certainly not be built at all now that the socialist Kenyan property-hater in the White House has announced his plans to just cold veto the sucker.