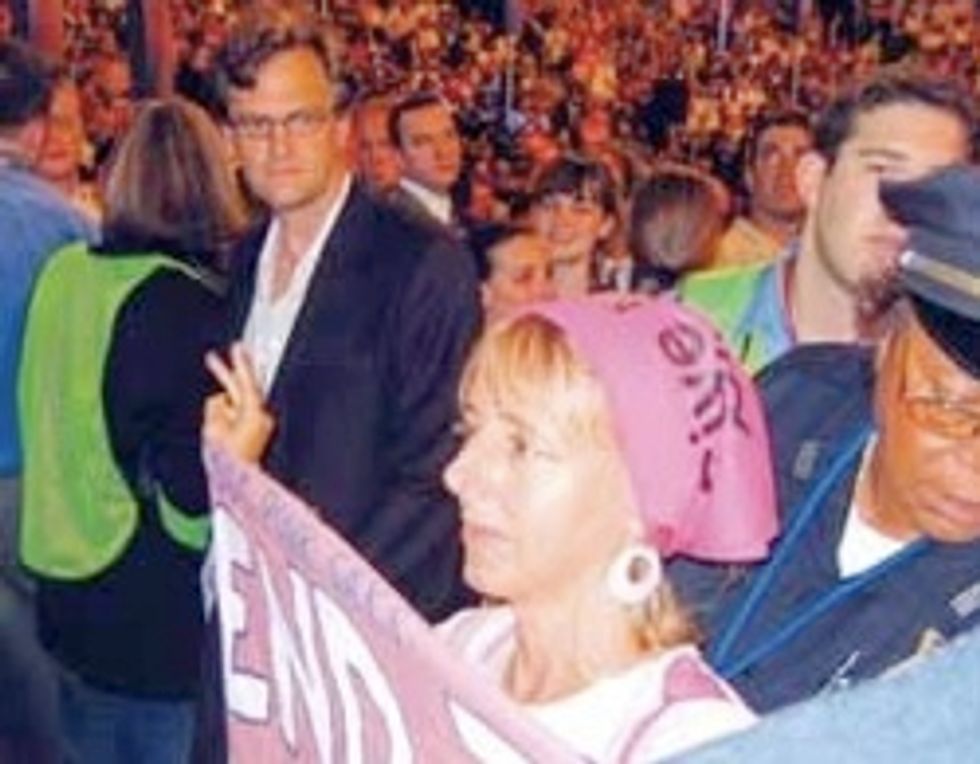 So the members of lefty protest group Code Pink were watching the YouTube of the Iraqi journalistchucking his shoes at shifty George Bush and realized, "OMG, why didn't we think of that first?" And voila, press release! A forthcoming event!

Please join CODE PINK: Women for Peace, AfterDowningStreet, and Democrats.com this Wednesday, December 17, 2008, in Washington, D.C., at Lafayette Square Park in front of the White House. We will have with us a large supply of shoes labeled with the names of Iraqis who have died in Bush's war. We encourage you to bring your old shoes as well. Come rally with us in solidarity with the Iraqi people to demand an immediate and complete end to the occupation of Iraq.

Eh, maybe we'll just donate our old shoes to the Salvation Army -- so people can wear them -- rather than just throwing them on a lawn. Although if we threw them on a lawn, then George Bush would end the Iraq War immediately... decisions!

Will the shoes even be thrown? It doesn't say. And would throwing shoes in the general direction of George Bush be considered an insult, or is that only in Arabic culture? Is Dana Perino OK?

This announcement raised many more questions than it answered.