Should Facebook Go The Fuck To Jail For Helping Russia Elect Trump President? Or For Just Being Facebook In General? 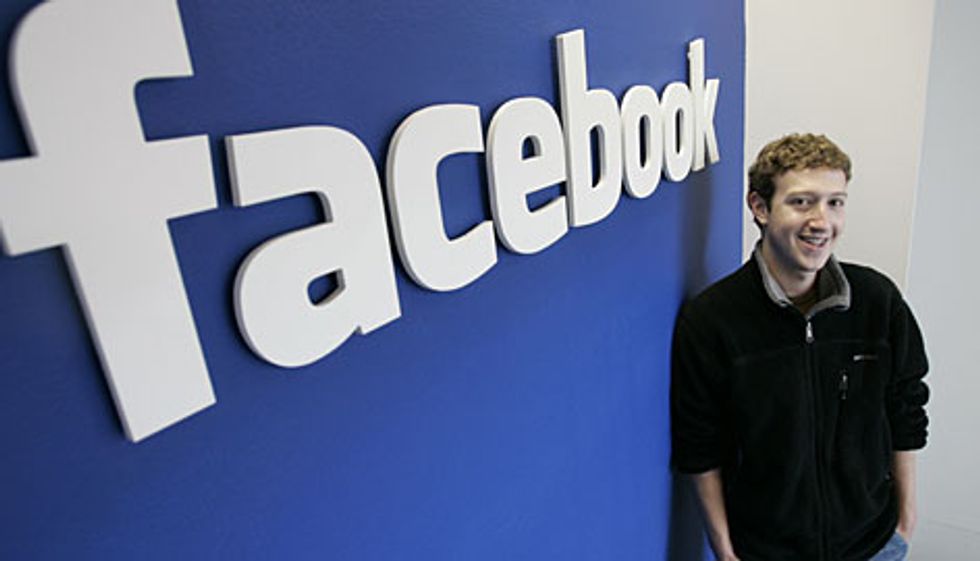 The Washington Post has a SCOOP! and it is that Facebook was the worst during the 2016 election. No, for real! It turns out a Russian "troll farm" in St. Petersburg called the Internet Research Agency spent some money on Facebook political ads MAYBE for Trump, but who could possibly know, during the election, which is still a no-no, for now.

Representatives of Facebook told congressional investigators Wednesday that the social network has discovered that it sold ads during the U.S. presidential campaign to a shadowy Russian company seeking to target voters, according to several people familiar with the company’s findings.

Facebook officials reported that they traced the ad sales, totaling $100,000, to a Russian “troll farm” with a history of pushing pro-Kremlin propaganda, these people said.

A small portion of the ads, which began in the summer of 2015, directly named Republican nominee Donald Trump and Democrat Hillary Clinton, the people said, although they declined to say which candidate the ads favored.

Weird! Back in May, Massimo Calabresi published a massive report in Time magazine detailing these exact efforts. He was able to specifically report that Russians were buying Facebook ads, just like the Washington Post says:

Russia plays in every social media space. The intelligence officials have found that Moscow's agents bought ads on Facebook to target specific populations with propaganda. "They buy the ads, where it says sponsored by--they do that just as much as anybody else does," says the senior intelligence official. (A Facebook official says the company has no evidence of that occurring.)

"No evidence"! That sounds just like the "no evidence" the New York Times found of Russia trying to fuck the election for Trump! Had Facebook simply not found evidence several months ago, or were they full of all the shit? Who can say! Should Facebook go to jail? If they did know, then surely they should, since foreigns spending money on elections IN ANY WAY, SHAPE OR FORM is very illegal. On the other hand, Clint Watts, a former FBI guy who is an expert in this kind of stuff, says Facebook is very "brave" for fessing up to this and doing everything it can to help. Regardless, if this means Facebook has fully come to the table and is truly willing to help Congressional investigators and special counsel Robert Mueller, instead of being lying dicks about it, then that's a good thing, since we're guessing this report is just the $100,000 tip of the iceberg on what Russia did to the 2016 election on social media.

Calabresi described how in May of 2016, a Russian military intelligence officer from the GRU was picked up in surveillance bragging to one of his buddies that Russia was about to fuck Hillary Clinton the fuck up in the election. If you'll remember, American intelligence has been listening to Russians yammering about Trump people for YEARS, but the specific date of the dude bragging about interfering with Hillary's election chances is interesting, because during the very next month, June of 16, Donald Trump Jr. met at Trump Tower with a bunch of Russians, including a spy versed in the art of hacking. In the emails leading up to that meeting, Rob Goldstone, the intermediary who set it up, said the Russians were promising dirty dirt on Hillary, as "part of" the rogue nation's support of Donald Trump. Also that month, we learned the Democratic National Committee had been hacked. That was also the month House Majority Leader Kevin McCarthy was caught on tape "joking" that he thinks Russia is paying Trump. (And Dana Rohrabacher.)

As Calabresi noted at the time, the GRU officer bragging about RUSSIAN MILITARY INTELLIGENCE screwing with Hillary was "the first indication U.S. spies had from their sources that Russia wasn't just hacking email accounts to collect intelligence but was also considering interfering in the vote."

The Washington Post quotes a Facebook official who says some of the ad buys they found ("approximately $100,000 in ad spending from June of 2015 to May of 2017 — associated with roughly 3,000 ads," per Facebook's blog post announcing this) were linked to the Internet Research Agency, the troll farm in St. Petersburg. It's basically a Russian military intelligence operation. Indeed, it was mentioned in the January 2017 U.S. intelligence report on Russian interference in the election:

In its unclassified report in January, the U.S. intelligence community concluded that the Internet Research Agency’s “likely financier” is a “close Putin ally with ties to Russian intelligence.”

So, of course, the big question here, and what Congress and Mueller are trying to suss out, is whether and how much Trump people helped Russia decide whom to target. The question becomes very important when you consider that WaPo's reporting says that some of the ads were GEOGRAPHICALLY targeted. We don't know exactly where "geographically" is, but we do know Donald Trump "won" the election by a tiny 77,000-vote sliver in three Rust Belt states. Makes ya wonder, don't it!

In Calabresi's May piece, he listed who else Congressional investigators think might have helped the Russians with their digital targeting:

The congressional investigators are looking at ties between those companies and right-wing web personalities based in Eastern Europe who the U.S. believes are Russian fronts, a source familiar with the investigations tells TIME. "Nobody can prove it yet," the source says. In March, McClatchy newspapers reported that FBI counterintelligence investigators were probing whether far-right sites like Breitbart News and Infowars had coordinated with Russian botnets to blitz social media with anti-Clinton stories, mixing fact and fiction when Trump was doing poorly in the campaign.

WHOA IF TRUE, or whatever it is Wonkette says all the time.

So! Back to the original question: Should Facebook go to jail for its role in all this? LIKE this post on Facebook if you think "yes," and SHARE it if you think "no." Or the reverse of that. Do it whichever way you want, as long as ALL YOUR FUCKING CLICKS ARE BELONG TO US, because we are not Russian fake news.

Wonkette salaries are paid by loving souls like you! If you love us, click below and donate so we get paid!