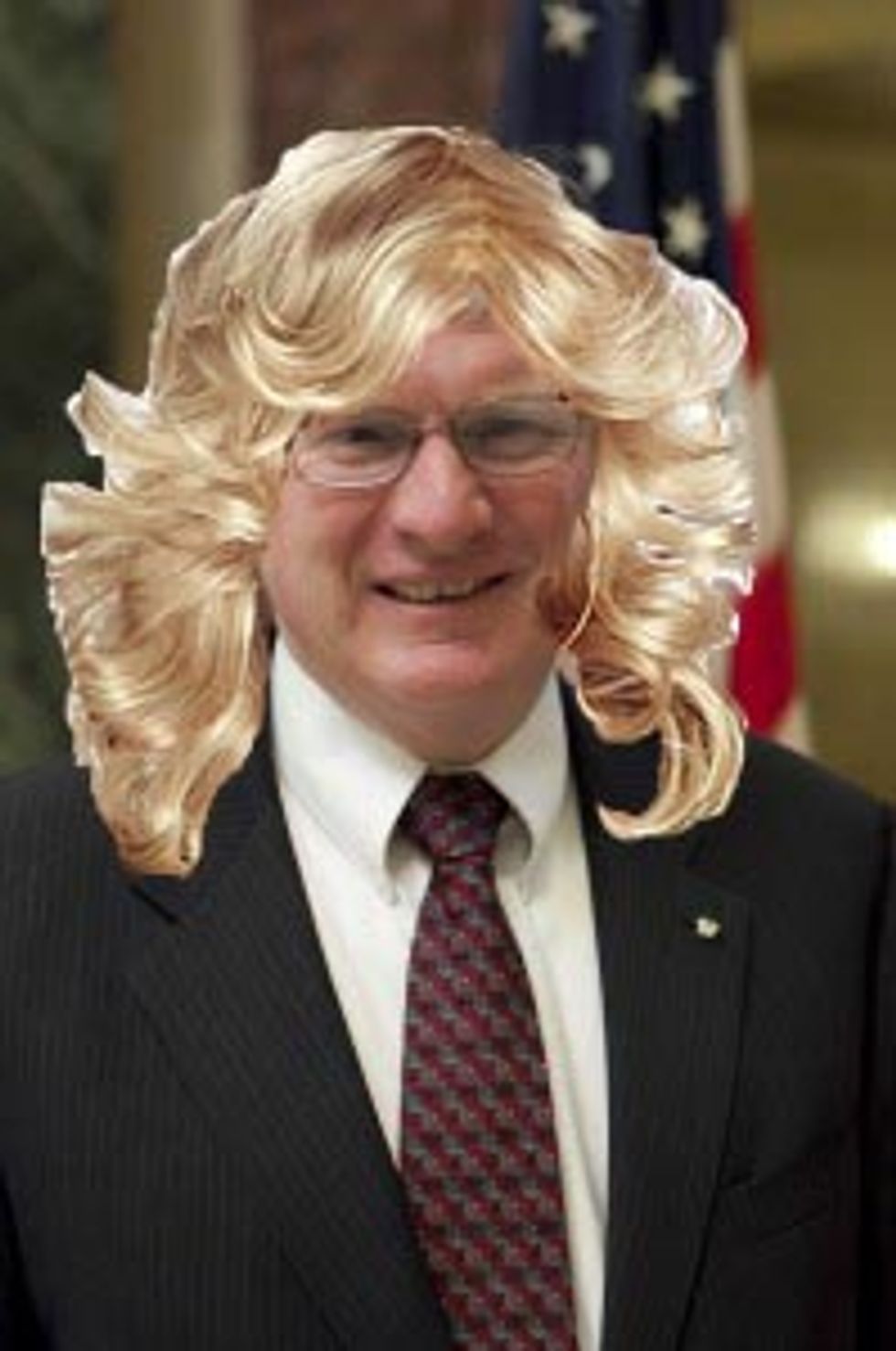 It is International Women's Day! Oh women, do they really need another whole day about themselves when there is alreadyValentine's Day? No matter, GOP Wisconsin state Senator Glenn Grothman, the legislator who recently brought us a bill to declare single parents a pack of child abusers, would like to contribute something on this occasion, seeing as how Grothman is a leading expert on how women think. Just check out this little bit of cutting insight he just let fly in an interview, the big show-off: "I think a lot of women are adopting the single motherhood lifestyle because the government creates a situation in which it is almost preferred." BAM. Grothman is so much of an expert on women that he is basically an honorary woman, a really awesome woman, a superwoman, or a bunch of women added together, a man, even. What else can you tell us about women, Grothman? Are they perhaps psychopaths who lie pathologically, all of them, about accidental pregnancy as part of a sinister plot to convince society that women weren't just trying to get pregnant that whole time, sweartogod?

Grothman's interview with Alan Colmes is full of gems like, "I think the first thing we do is that we should educate women that [single parenthood] is a mistake," but here really is the diamond among them:

Colmes: According to data published in USA Today, at least four in ten pregnancies in every state are unwanted or mistimed....They’re unintended pregnancies, which is the argument for health care services and birth control for women.

Grothman: I think you undersell these women.

Grothman: Undersell them. I think when you have an epidemic of this great proportion, people are not so dumb that it’s surprising when they get pregnant. I think people are trained to say that ‘this is a surprise to me,’ because there’s still enough of a stigma that they’re supposed to say this.