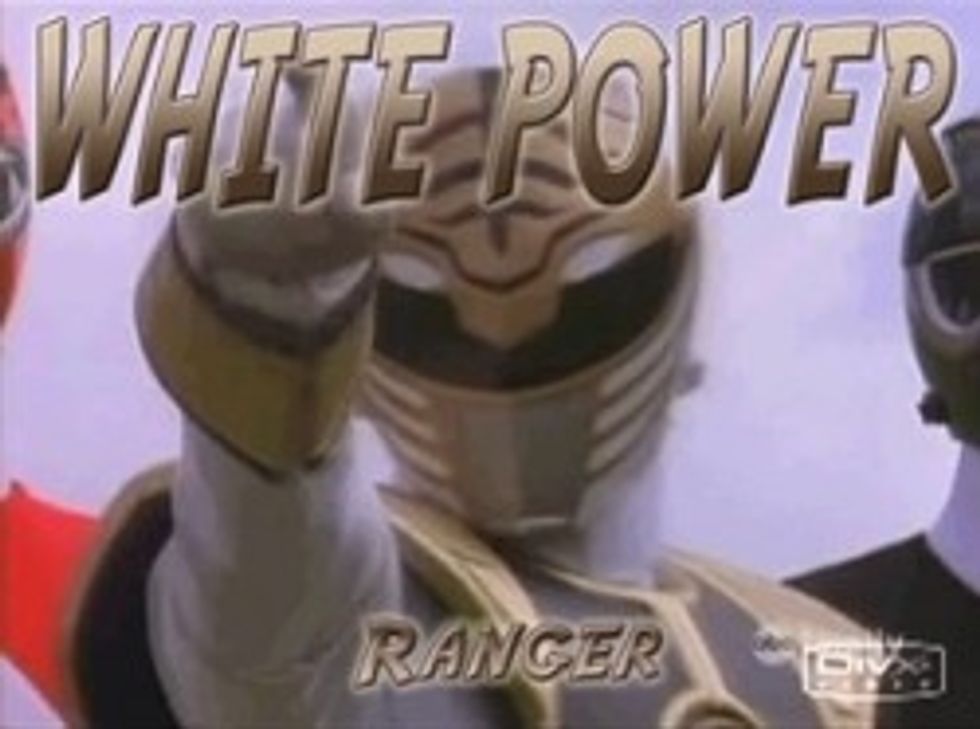 In 2009, the Department of Homeland Security took an inexcusable detour from that agency's core mission of creating color-coded fear charts and publishing cute DIY duct-tape and plastic sheeting projects to troll conservative media outlets. THANKS OBAMA. According to those bozos at DHS, the election of our first black president, a shitty economy, and the plethora of well-trained veterans with varying degrees of stress disorders SOMEHOW created a noxious mix from which domestic terrorism might spring forth. Thankfully, folks likeMichelle Malkin and the Red State gang recognized the existential threat that this report posed to their brothers in the militia movement and sent their flying butt monkeys into action. Secretary Napolitano eventually more or less recanted the majority of the findings and no policy changes ever went into effect even as the number of hate groups rose exponentially across the country. In other words, America won.

Four years later some people say that this politically motivated decision not to focus more resources on the growing threat of right-wing (and specifically racially motivated) domestic terrorists might have facilitated a void whereby freedom-loving groups like the Aryan Brotherhood feel comfortable shooting public officials in their homes or in broad daylight. In other words, get ready for an exciting 2013 full of not at all connected or paralyzingly frightening attacks coming from the group that best personifies every single policy failure of the last 30 years.

The news media is being extremely careful in reporting the murders of two (2) district attorneys in Texas and the head of Colorado’s prisons, and the growing evidence that they might be connected to the most powerful white supremacist gang in the country. This caution is obviously warranted. The three investigations are in their early stages and tossing around words like “terrorism” or “politically motivated coordinated attacks” should NEVER be used when referring to acts possibly committed by non-Muslims.

But as the days pass and more is known about what happened to Kaufman County ADA Mark Hasse, his boss Mike McLelland and his wife, and Colorado's corrections director Tom Clements, it is becoming increasingly harder for some in the lame stream media to ignore the possible connections to our otherwise benign issue of a massive and hysterically violent criminal enterprise operating within our unbelievably psychotic prison system:

The true terrorist wins because of his or her willingness to die for what they believe in—history has taught us that over and over again. Many of the first men locked up when our nation embarked on a policy of for-profit mass incarceration near the end of the last century are now returning into society. And, as predicted by numerous professionals, they are sicker and more dangerous than when they went behind bars.

That cheery quote is from an anonymous former federal prisoner writing about his time dealing with the Aryan Brotherhood back in the 1990s. His entirely insane advice centers on our country’s generational fascination with punitive forms of penology and how they might have created somewhat of a violent blowback. But that dude is a criminal so we can completely ignore what he has to say about anything.

Rachel Maddow and others have raised the possibility that the increased concern over gun regulation might have offended an extremist segment of a movement that has been fed a steady stream of conspiracy theories from right wing opportunists for the past 30 years or so. But these anti-gun fanatics lack any evidence to back up their claims. Sure Tom Clements was murdered on the same day that Colorado established new gun control policies, and the Cracker Bible known as the Turner Diaries may contain pro-gun diatribes that are indistinguishable from the NRA’s lobbying papers, but are these coincidences enough to defame those supporting our most pressing civil rights issue? Of course not.

If our metastasizing prison system isn’t the problem, and blaming the religion of guns is downright racist, what exactly can explain why groups like the Aryan Brotherhood feel emboldened enough to start watering the tree of liberty in this manner? It couldn’t possibly be the almost inescapable echo chamber of fear and insanity coming from right wing news outlets. Sure, Fox may have spent the last decade and a half streaming news that legitimizes every whiny form of white resentment and reactionary dissent to an increasingly unstable audience of folks. But so what if a large segment of the country is convinced that black helicopters will send them to multicultural reeducation camps? Just because the rhetoric from the mainstream conservative media matches the sort of things David Duke used to say to the press four decades ago surely doesn’t require us to accept some crazy notion that asymmetrical extremism exists and has more or less legitimized the fringiest of American political movements.

So maybe the summer of hate that the Southern Poverty Law Center has been warning us about for years is finally upon us and we’ll just have to get used to headlines referring to the growing threat of domestic rightwing extremism. But let’s not do something crazy like perform a self-examination of the last generation of our political rhetoric, or engage in the even more insane policy debate regarding these supposed factors that allow for neo-Nazis to recruit at will. Rather, let’s just remember the precedent that Janet Napolitano set forth in 2009: ignore all evidence of a problem and do nothing. Losing a few devoted public servants to just isn’t worth enraging the people who control Twitchy.