Small Businessman Built That, Sits On Throne Of Non-Union Lies 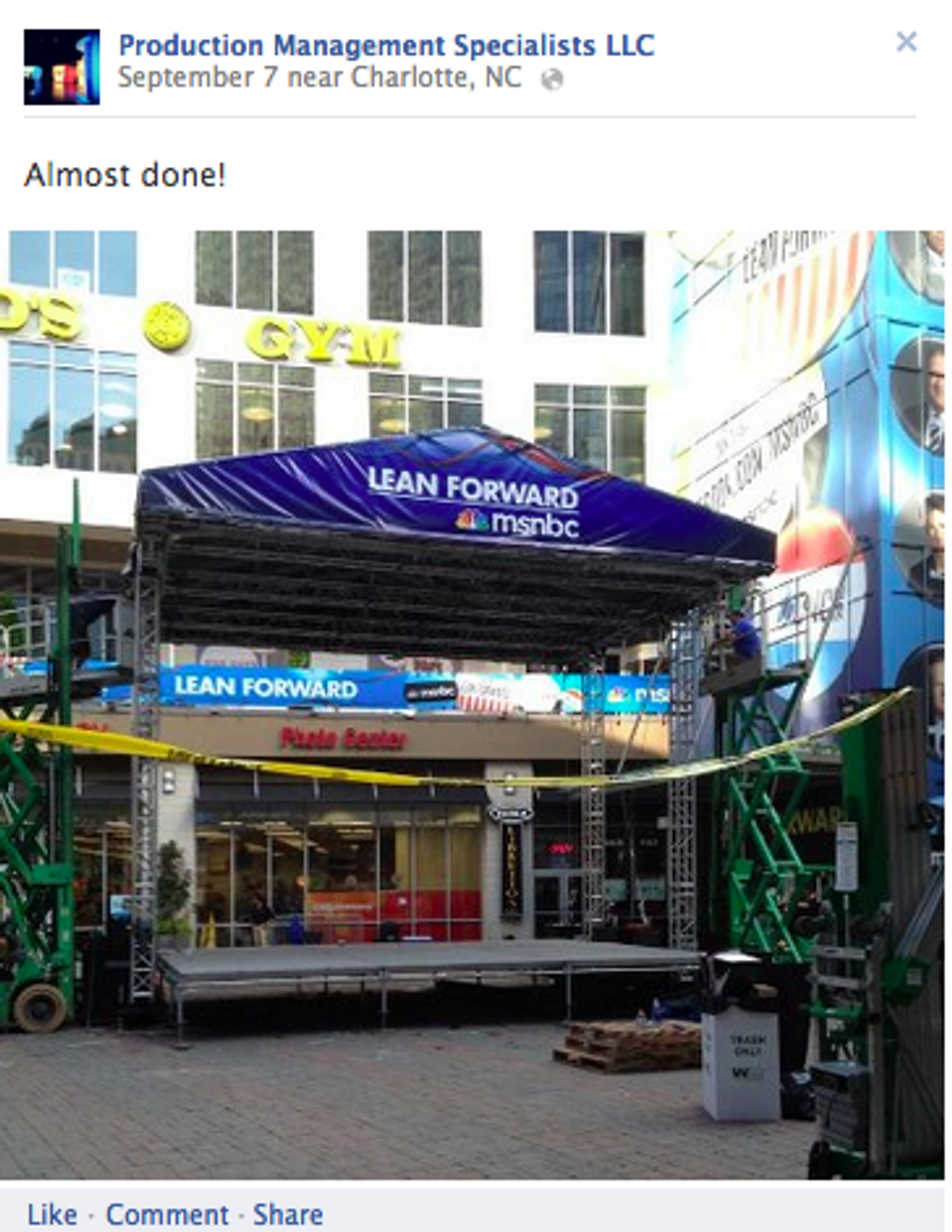 Last month, an African-American businessman named Calvin Hunter wrote a column for a website called Canada Free Press. He wrote about why, after spending his whole life a loyal Democrat, he now hates the Rotten Horrible Democrat Party.

We know about this because Allen West told us about it on the tweeter yesterday, in case we did not spend a lot of time on websites that claim things such as Huma Abedin really being a terrorist plant.

This one isn't about Evil Islam though — it's about discrimination, and West said it was "why more black Americans are leaving the Democrat party," and it is definitely not petulant ramblings from a guy in a lime green hat, and is most certainly not a big giant fibbity fib fib.

My mother had 4 kids. We all had different dads. Only 2 of us knew our dads. My mom did not have a high school diploma. We grew up in the projects of Columbia, South Carolina, Saxon Homes and Alan Benedict Court. We got government assistance, food stamps, free lunch and government cheese... Based in Charlotte North Carolina, I have established myself in the last 29 years as a successful businessman, Event Manager, Audio Visual Technician, Actor, Host, Voice Actor, Musician, Singer, and Restaurateur.

Good for you, Mr. Manager Audio Visual Everything Disco Musician Chef. That really is good for you. You built that, etc. etc. Please, tell us what happens next.

When I heard the Democratic National Convention was coming to Charlotte, North Carolina, I was very excited. An event such as this is a once in a lifetime event for someone in my business... I got a copy of their RFP (Request for Proposal) and read it myself. The proposal read “we prefer that you use Union labor” for our events. I was flabbergasted.

Oh no! Say it is not so! They would prefer that you let your employees negotiate for fair wages, benefits, and working conditions? Animals.

I don’t use my race as a crutch or as a weapon of blackmail as many groups do. I am very proud of being a minority and frankly being a minority has been a non-issue in securing clients and doing a great job for them.

Category: "Things you hear before someone plays a non-sequitur race card."

Isn’t it ironic that the Democratic National Committee is discriminating against me, a black man?

He totally played a non-sequitur race card! And doesn't understand irony! No wonder West is a fan.

And what is the reasonable reaction to this, Life-Long Democrat Businessowner Greatly Aided By Democratic Policies?

I will never, ever vote for any Democrat ever again since the Democratic National Committee feels it is okay to discriminate against an Afro American small businessman who runs a business that is nonunion.

In case you missed it: Business owner explains how he and his family "got government assistance, food stamps, free lunch and government cheese," then vows to never again vote for the party that wants to preserve them because he missed out on one week of potential business that was never promised to him in the first place.

Essentially: "I couldn't DJ a big Charlotte party! That makes Mitt Romney better, as he has never done anything ethically questionable in business. Also there's nothing wrong at all with climbing out of the social safety net, then setting it on fire with a capitalist fury-torch."

But wait! As in the tradition of all good bloggers and proctologists, let us look a bit deeper.

What is Hunter's company called? Production Management Specialists LLC. Yes, that is a lot like Bill Gates starting a company called "Computers LLC," but that's not the point. The point is that they have a Facebook page. And looky-looker what's on it:

A third, for MSNBC? Looks like Democrats=bad, but Democrats' money=so, so good.

In any case, it looks like our friend Calvin will never vote for a Democrat again, because the DNC kept him from getting contracts, which he got. Thank you, Rep. West, for clearing that up. [Canada Free Press]