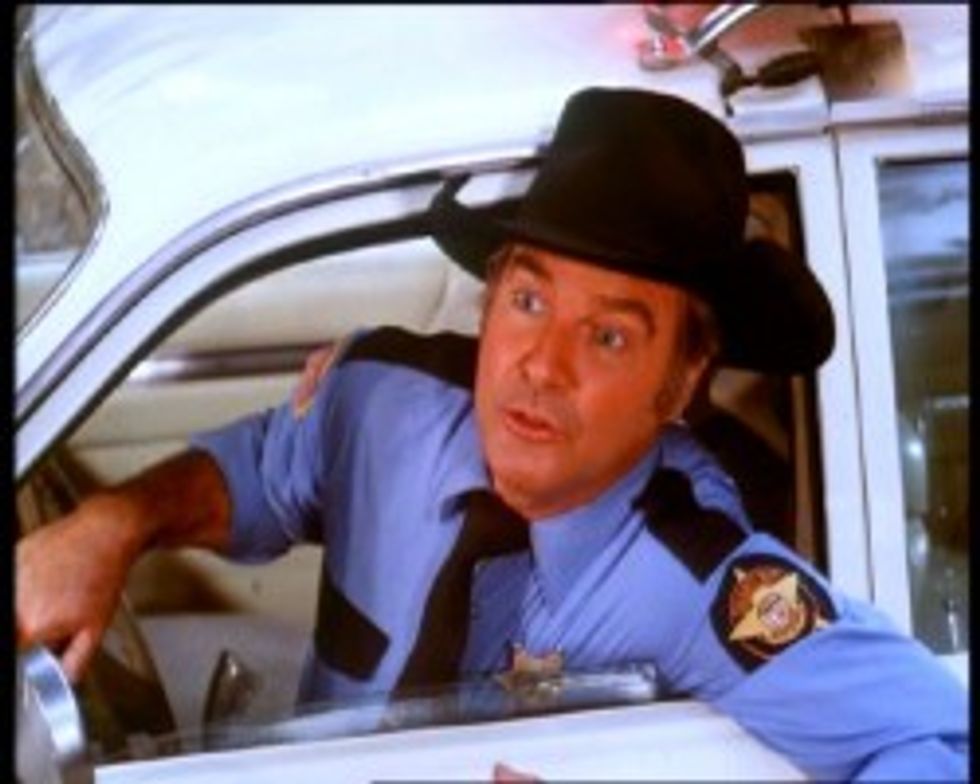 What is REAL AMERICA up to these days, hm? How are REAL AMERICAN HEROES, like police officers, for example, weathering the economic chaos of the past half decade or so? Turns out they are weathering it with lots of fun toys like tanks and machine guns, thanks to a “program” that allows them to acquire military surplus equipment for the cost of shipment and maintenance. And if that equipment somehow gets sold to interested parties, well, this is just the glorious machinations of the Free Market™.

In 2011 alone, more than 700,000 items were transferred to police departments for a total value of $500 million. This year, as of May 15, police departments already acquired almost $400 million worth of stuff. Last year’s record would have certainly been shattered if the Arizona Republic hadn’t revealed in early May that a local police department used the program to stockpile equipment – and then sold the gear to others, something that is strictly forbidden.…

Take the 50-officer police department in Oxford, Alabama, a town of 20,000 people. It has stockpiled around $3 million of equipment, ranging from M-16s and helmet-mounted infrared goggles to its own armored vehicle, a Puma. In Tupelo, Mississippi, home to 35,000, the local police acquired a helicopter for only $7,500 through the surplus program. The chopper, however, had to be upgraded for $100,000 and it now costs $20,000 a year in maintenance.

You would think that the US Government would have a limited appetite for arming a largely unsupervised and untrained rural police department with tanks, assault rifles, helicopters, and infrared goggles. But if you thought that, you’d be WRONG, HA! And anyway, the 50-officer police department of Oxford, Alabama, might really NEED those M-16s and that Puma! After all just a couple weeks ago a man robbed a bank! And a burglar broke into a pharmacy! What would YOU say if he broke into YOUR pharmacy or YOUR bank? Bet you would regret doubting the need for those tanks then, wouldn't you, because however will they catch these people without an M-16 or a Puma tank?

In Lebanon, Tennessee, a town of less than 30,000 people, Mike Justice, the public safety coordinator, was so eager to accumulate military goods that he used to wake up at 3:00 a.m. so he was the first person logged in at the government’s first-come, first-serve online store. Thanks to his sleepless nights, since 2007, Lebanon has collected $4 million worth of stuff, including tanks, weapons and heavy equipment like bulldozers and truck loaders. Lebanon’s tank, an LAV 150, has been used only “five or six times,” according to Justice. Although it did help save a man who tried to commit suicide, spotting him with the tank’s infrared camera.

A job well done, indeed, due to Mike Justice being such a go-getter and all. Also, Lebanon, Tennessee, has a SWAT team but you can’t learn anything about it because the link is broken. Same with the link to their special response team. But nothing to worry about, surely it’s all above board and they really NEEDED the tanks! Have you ever lived in a town of 30,000 people? It's REAL AMERICA and it's ROUGH.