Snitches Get Stitches. Wonkagenda For March 8, 2018 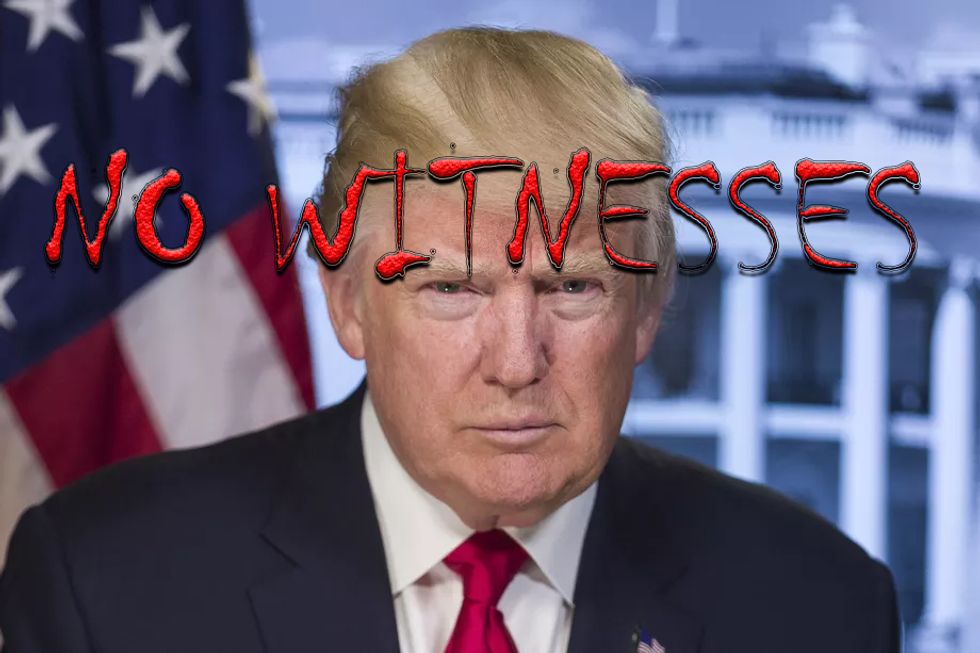 Happy International Women's Day, Wonketariat! Here's some of the things we may be talking about today.

Apparently Erik Prince was lying about his expensive beer summit in the Seychelles last January, and was actually ironing out details for secret spy phones between Trump and the Kremlin.

According to a new report by Maggie Haberman, Trump talked to witnesses who'd been interviewed by Robert Mueller to see if Mueller was "nice." Then the witnesses snitched on Trump AGAIN.

Just before she was quit-fired, Hope Hicks told the House Intel Committee that she was hacked and didn't have access to her old email accounts. Oh weird huh.

Milo Yian-whatever canceled a show in Arizona after reportedly receiving death threats; according to local police, the only thing in jeopardy was his career.

Trump is expected to offer a temporary reprieve to Canada and Mexico for his trade war, so he can continue throwing a tantrum, Jared can renegotiate NAFTA, and the US won't slip into an energy crisis and economic depression.

While Chinese President Xi Jinping was visiting the US, Trump asked for a $100 billion reduction in US-China trade deficits, despite tweets to the contrary. [Archive]

That kid who was the head of the Office of National Drug Control Policy has been hired by HUD. Maybe he can tell all the poors how to mix and match opiates?

The head of the US Forest Service, Tony Tooke, has been quit-fired after an investigation detailed a culture of sexual harassment that included several reports of rape and relationships with subordinates.

Rick Perry was in Texas for a huge energy conference when he made up fancy buzzwords like "New Energy Realism" to describe the "immoral" abandonment of fossil fuels and nuclear power. At one point Perry joked that he'd love to tell the Federal Energy Regulatory Commission how to handle coal and nuclear power plants.

Kris Kobach's voter ID trial is not off to a good start, and the presiding judge has no time for bullshit. Yesterday the judge had to school Kobach's legal team on how depositions work, and then had to  walk one of Kobach's officials through questioning a witness for the second time.

Later today Trump will revive the long-dead debate over violent video games by holding another reality show shouting match with lobbyists and a video game company that counts his brother among its board members. (Trump has a living brother. Did you know that? We checked.)

Congressional Republicans are following their NRA cue-cards and trying to push bills that would allocate millions to turn schools into maximum security prisons.

Florida state legislators also want to pass a bill that would force local and state elected officials to submit letters of resignation in order to run for federal office, so Republicans can clear out all the Democrats in Miami clamoring for Rep. Ileana Ros-Lehtinen's seat.

Things are looking good for Conor Lamb right now as Republicans begin to trash their candidate in the Pennsylvania 18th.

Known as the "cannabis candidate," a Chicago-area Democrat running for the IL 5th seat is now defending himself against charges that he beat his ex and doxxed her, threatened colleagues in academia, and lied about his service. He says he only LOOKS creepy.

Eleven countries will sign a TPP alternative to reduce tariffs and increase trade among signatory nations later today. The agreement is expected to account for 13 percent of global trade, and create trillions in revenue.

An ex-Russian spy was found poisoned in the UK, fueling reports of a Russian clean-up operation.

A Chinese state-owned bank is giving a billion dollars to build a huge panda conservatory so that people can look at all the silly bears that won't fuck to save their species.

WaPo's Pulitzer Prize-winning journalist David Fahrenthold has a contest to see who can guess how much money the Trump Organization has been making from Not American business dealings.

We're ad-free and reader-supported, and pretty good at checking our emails too.