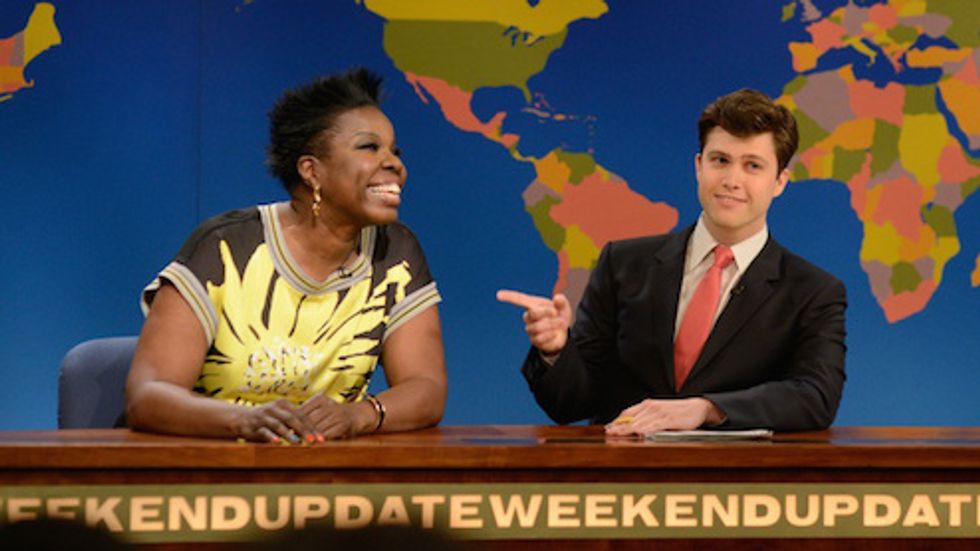 Oh, Saturday Night Live. We never watch you, but other people bother to watch and find funny things. There were funny things this weekend! The Beygency thing was hilarious and then new-ish writer Leslie Jones came on Weekend Update and she killed it dead with jokes about sex and slavery, which has many many people being sad all over.

Jones's jokes (WHICH WERE HILARIOUS DID WE MENTION THEY WERE HILARIOUS?) boiled down to her saying that in the slave era her strength and size would have been valued and therefore she would get the bestest plantation and the honor of squeezing out babies all the time.