So, How Much Did This Cost? 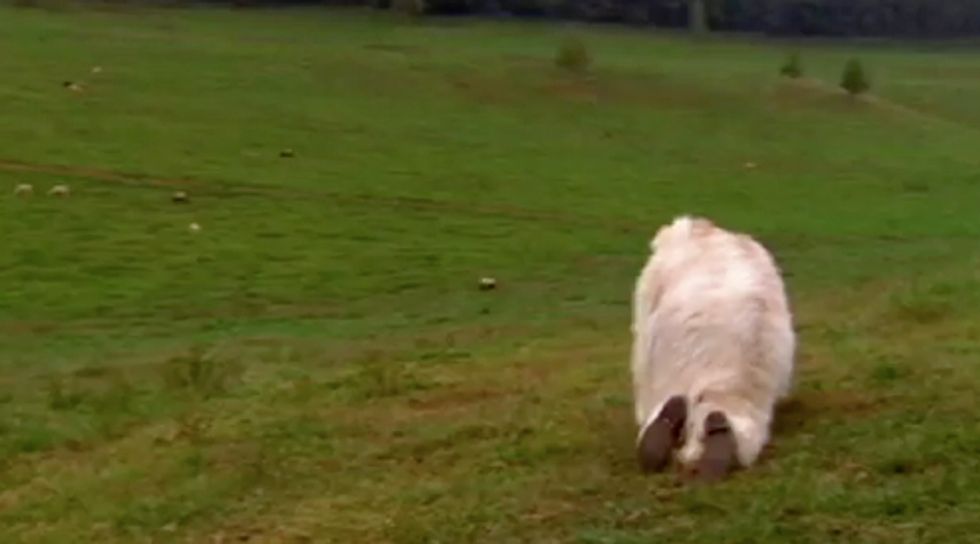 Some person who "knows stuff like this" breaks down Carly Fiorina's Laser-eyed Sheep Furry Of Death From Hellcomedy film for FishbowlLA: "Wow...they did shoot all of that sheep stuff. It wasn't stock footage. Paid crew for the sheep stuff and an editor for two days worth of cutting that stuff, titling, paid crew, equipment rental and effects plus the gathering of the rest of the stock footage...but there is an office scene too - probably $15,000." One more facepalm for those ex-Hewlett-Packard shareholders. [FishbowlLA]