So What Did Obama *Really* Sign Today, To Destroy America? 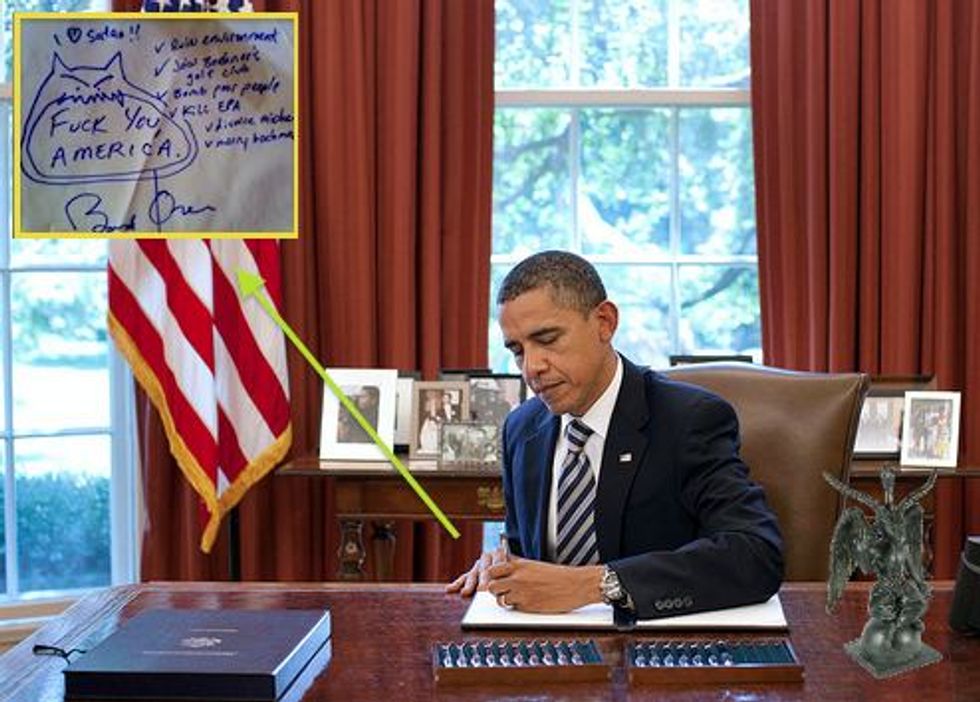 The White House rushed out a Flickr picture of Obama signing this awful thing, because everybody really wants that for their smartphone wallpaper or whatever, before they throw away the smartphone because who can afford such things? But what did the corporate shillreally sign? A tipster sends us an enhancement of the photo above, which reveals this guy's true feelings about us. (Hint: Are you a billionaire? Then Obama really thinks you're swell. Are you, say, anyone else in America? He hates you.)