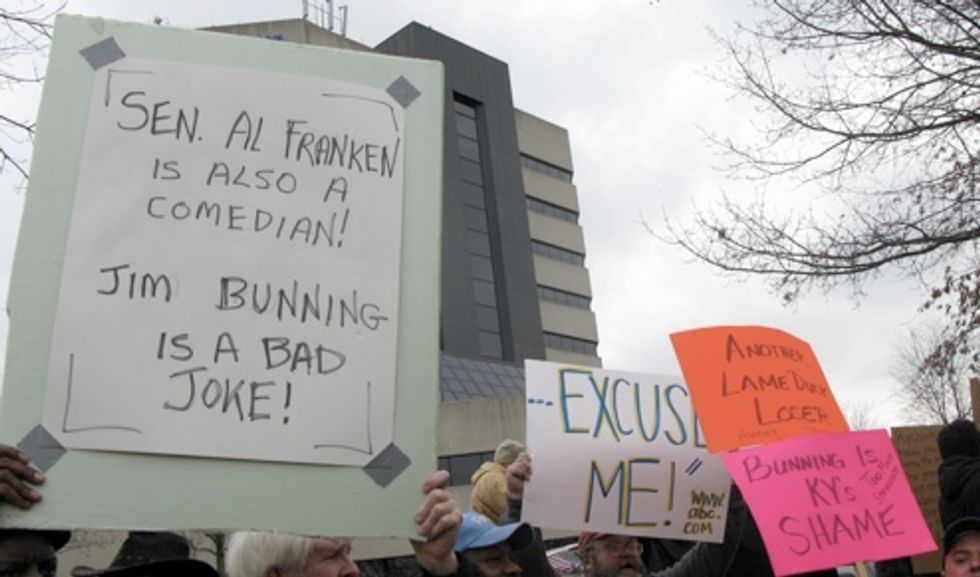 This brings back old memories, doesn't it, from the era when American reality was even barely tethered to Planet Earth: hollow, cranky, lame-duck Sen. Jim Bunning, out of age-related bitterness, allows vital social services to expire and thousands of workers to take multi-day furloughs in the middle of a Great Depression, and people get upset about this and decide to protest his office in Kentucky! A rational protest, people!

Sure, the sign on the left doesn't segue very well, and some other person feels the urge to advertise ABC's website. (Perhaps he wants us to source this article?) But it's still more grounded than, say, protesting Obama's massive middle-class tax hikes one month after he passed the largest middle-class tax cut in history, isn't it? That was weird, when they did that.

Don't throw your lot in with reality just yet, though, because the infamous "They" showed up for a counter-protest:

Thanks to Wonkette Kentucky protest beat operative "V.S." for the terror images.