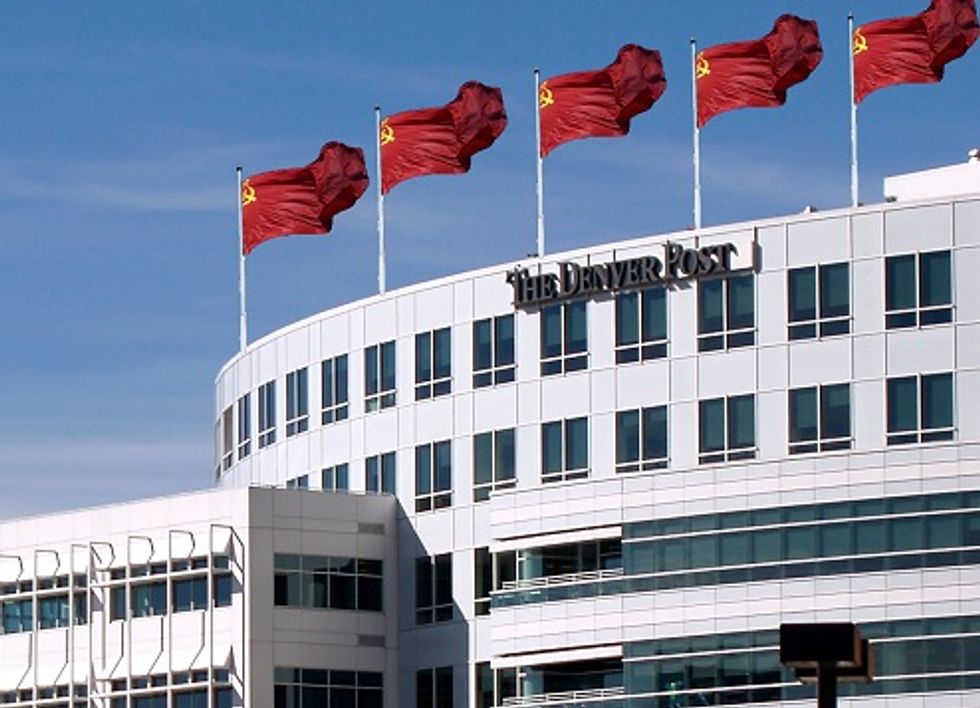 OMG you guys! Did you hear the scandalous truth about how the Lamestream Media is completely covering up the fact that Karl Pierson, the boy who shot two students last Friday before killing himself, wasa confirmed socialist? Thankfully, a whole bunch of wingnut blogs have the truth! Tell us all about it, Stupidest Man On the Internet:

After thinking things over, the Denver Post decided to delete the fact that Arapahoe School shooter Kark [sic] Pierson was a committed socialist from their news report.

This is from the original article:

Thomas Conrad, who had an economics class with the gunman, described him as a very opinionated Socialist.

“He was exuberant I guess,” Conrad said. “A lot of people picked on him, but it didn’t seem to bother him.”

And, here is the updated article, sans “socialist.”

Thomas Conrad, who had an economics class with Pierson, described him as very opinionated.

“He was exuberant, I guess,” Conrad said. “A lot of people picked on him, but it didn’t seem to bother him.”

Guess it didn’t fit their narrative that only right-wing Tea Party folks were the dangerous ones.

Why the cover-up, Denver Post? Why aren't you willing to report the FACTS, huh? Shouldn't the shooter's documented commitment to radical views be out in the open, so people can know the truth about the murderous agenda of socialism?

Also, you know who else edits their articles without noting that anything has changed?

Later on Saturday, the senior news editor at the Post, Lee Ann Colacioppo, explained the change in tworesponses to a ticked-off question from a fan of the Stupidest Man on the Internet:

The nine fulltime staffers of Twitchy were having none of this nonsense, of course:

A label the student didn’t understand? Elsewhere in the article, a classmate describes Pierson as a “good political thinker.” His classmates must have know something about his politics.

Yeah! So if a kid in his class says Pierson was a socialist, then it is a fact that he was a committed socialist. 12th-graders in economics classes are usually the best judges of such things. Incidentally, Jim Hoft is the Stupidest Man on the Internet -- this is a fact, because someone said it about him. We can cite numerous examples of other people calling him that, which simply reinforce the factual nature of this fact. It is also a fact that he refuses to #payup the $3150 he owes us. That there is a fact that is on the internet.

Besides, as the Post story reported, Pierson even admitted that he was a socialist on his Facebook page:

In one Facebook post, Pierson attacks the philosophies of economist Adam Smith, who through his invisible-hand theory pushed the notion that the free market was self-regulating. In another post, he describes himself as "Keynesian."

See? Keynsian = total socialist. Anyone who watches Fox News knows that. Pierson also made fun of Republicans, which is another thing that only socialists do. And sometimes other Republicans, who may therefore be socialists.

And now, by attempting to scrub the word "socialist" -- an indisputably true characterization by a high school student -- the Denver Post has shown its true colors, which are red. Further, since Pierson was a debater, there's a pretty good chance that any number of jocks would have said he was a complete faggot. Why isn't the Denver Post looking into that, huh?

More to the point, why hasn't Barack Obama condemned this scurrilous cover-up? His silence on this matter is very, very telling.