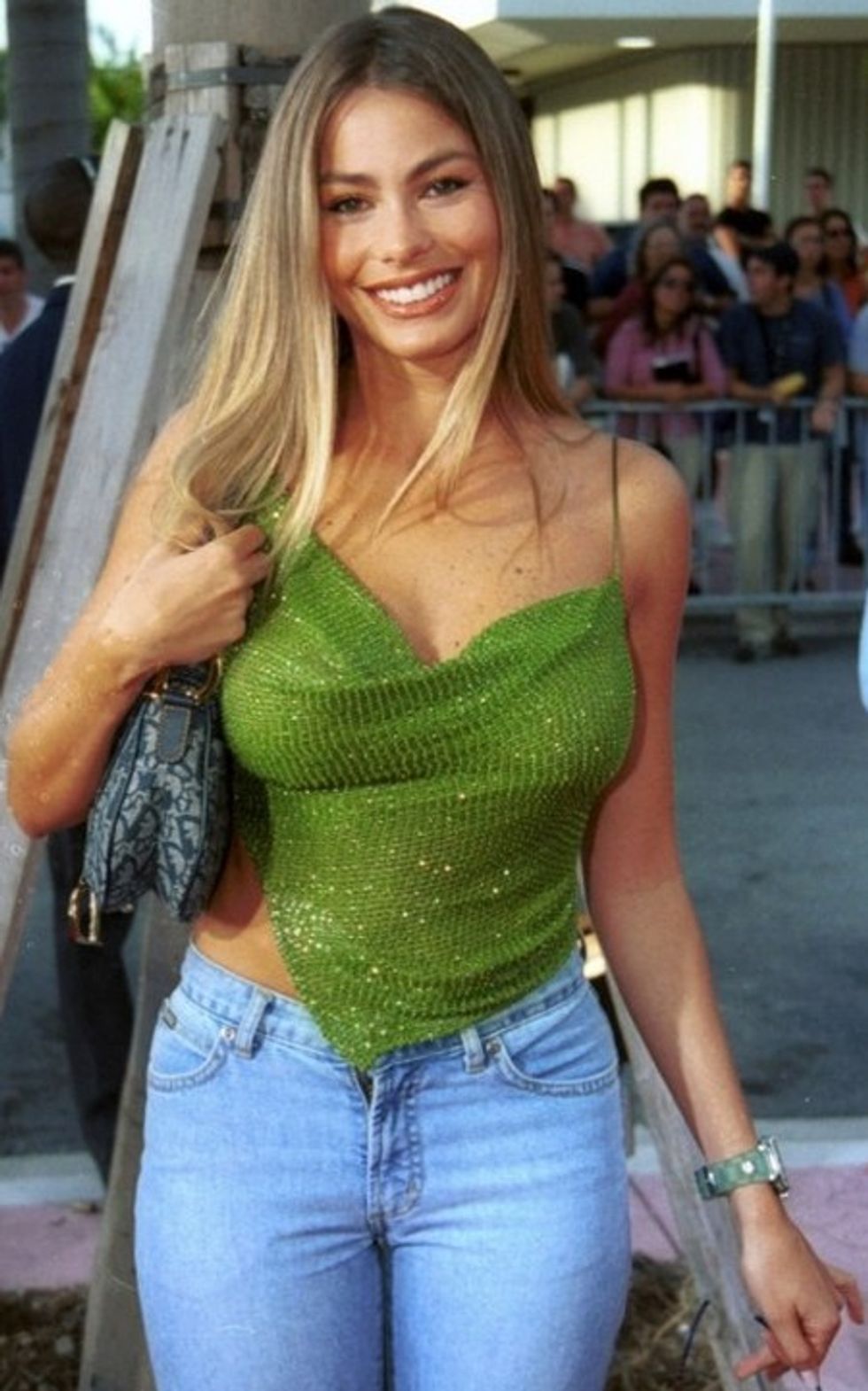 Last week, the Internet had itself a rollicking time being horrified and disgusted by some douche, Nick Loeb we guess, taking to the pages of the New York Times to explain why he's suing for the right to take ex-fiancee Sofia Vergara's frozen babies out of their Petri dish, plant them in a stranger's belly, and make a happy home. Short version: but he waaaaaants them. Long version: What part of "but Nick Loeb wants them" don't you understand? (Loeb is a rich person, and is used to getting what the fuck he would like.)

The Internet? It was aghast. Loeb and Vergara -- incidentally, the highest paid woman in television -- had a contract stipulating that both would have to agree as to whether to bring their Snowflake Children to term, and then they broke up. (Because he is a douche.) Vergara was like "hey we are broken up now; maybe we should not have children together?" And Loeb was like "BUT I MUST HAVE YOU AND IF I CAN'T HAVE YOU I MUST HAVE YOUR CLONES." And it all got very ugly, both because Loeb is a douche and because he wrote things like this:

When we got engaged, in 2012, I began to push for children. As I said in my complaint, my fiancée insisted that we use a surrogate. With her eggs and my sperm we created two female embryos. I was so excited once the lives were created that I began to suggest names we could call our girls. The first embryo we implanted didn’t take. The second time, the surrogate miscarried, and I felt crushed.

A year later, we tried again, creating two more embryos, both female. But as we began to discuss other potential surrogates, it became clear once more that parenthood was much less urgent for her than it was for me. We had been together for over four years. As I was coming on 40, I gave her an ultimatum. When she refused, we split up.

HINT DUDE: When you give someone an ultimatum about having your child, and she decides she would rather break up with you than do so, that is not actually a binding reason to force her to create human lives with you, you fucking weirdo.

On the just-about-opposite end of the jerk-off contest spectrum, former The View idiot Sherri Shepherd also did a lawsuit about surrogates and embryos, with a little twist: her embryos were already baking in a nice lady's tummy when Shepherd decided fuck that.

Shepherd and her ex-husband, Lamar Sally, conceived a baby using Sally’s sperm, a donor’s egg, and a surrogate’s womb. Shepherd and Sally split in the middle of the pregnancy, and Shepherd subsequently claimed that she was tricked into signing the surrogacy documents so that Sally might get more money from her in the form of child support. Shepherd disavowed the child, who was born in August. The Pennsylvania judge ruled that Shepherd’s name must go on the birth certificate as the child’s legal mother.

NB, Sherri Shepherd: you were good on "30 Rock" and all, but you did not bring us enough pleasure from it to get the Alec Baldwin Asshole Pass, where, even though you are an asshole, it's okay because "Alec Baldwin."

Despite the fact that Shepherd now claims she was tricked into the surrogacy agreement, her past statements to the press tell a different story. In June 2013, she spoke frankly and jokingly about finding a surrogate to Essence.com. “We’re starting the process of making sure the uterus that we picked is not crazy,” she said back then. And she did sign the papers, even if she now says it was under duress.

So what does it mean that Shepherd has been declared the parent of this baby? It means she’s responsible for child support until the child is 18—or longer, if college support comes into play, says [attorney Raegen] Rasnic.

You had a baby with a dude. Don't be a dick filing lawsuits to prove to that baby just how unwanted it is, ugh you are a monster and worse, you're a deadbeat and sort of a men's rights activist? and also fuck I just hate you.

The third comer in our jerk-off contest today is Fox "Dr." Keith Ablow, who had Thoughts on the Vergara/Loeb mishigas (but not the Shepherd one, because, what, Fox is going to bring the hammer down on a fellow flat-earther?). And those Thoughts were that slutty slutterson "LIBERAL" "ANYTHING GOES" gay-friendly "MODERN FAMILY" star Sofia Vergara is a big slut and men should have veto power over their women's abortions even after those men stop owning those women and the fruits of their wombs. (And even when we're not talking about abortion in the first place. What the fuck, Keith Ablow? Oh right. You're Keith Ablow.)

Yes, he actually said that, why wouldn't he? Have you met him?

And none of the women on Fox's panel said boo.

Here's the thing: frozen embryos are eight cells each, y'all, and there are a LOT of them out there. Had some IVF? You probably didn't implant all eight, unless you are a sad crazy. You probably figured, like, twins is enough. Those other six embryos end up in frozen storage, like Haley Joel Osment in AI, unless some weird Christers "adopt them" (get some eggs for free), at which time they also generally apply for adoption tax credits. For the embryos. To which they helped themselves when they couldn't get knocked up on the natural. The hundred thousand post-embryo kids sitting in, for instance, California foster homes? Not so important to the Snowflake Children cause!

But what is important is having Nick Loeb to lead the charge for Men's Rights to override silly little things like "contracts" and "human decency" and cook up some Mini-Sofia Vergaras because HE WANTS THEM. And what is also important is for Sherri Shepherd to be able to "disavow" the child she intentionally created because SHE DOESN'T. And the most important thing is to have an entire news channel devoted to angry bald men laying down the law on who gets to decide to be a parent and who doesn't. Will Ablow's next move be to decide that men should have a right to veto their women's birth control? Fuck it, why not!

Careful, Megyn Kelly, not sure the Fox green room would make the most secure safe house in Gilead.