Some Guys: Obama Teleported to Mars With Us 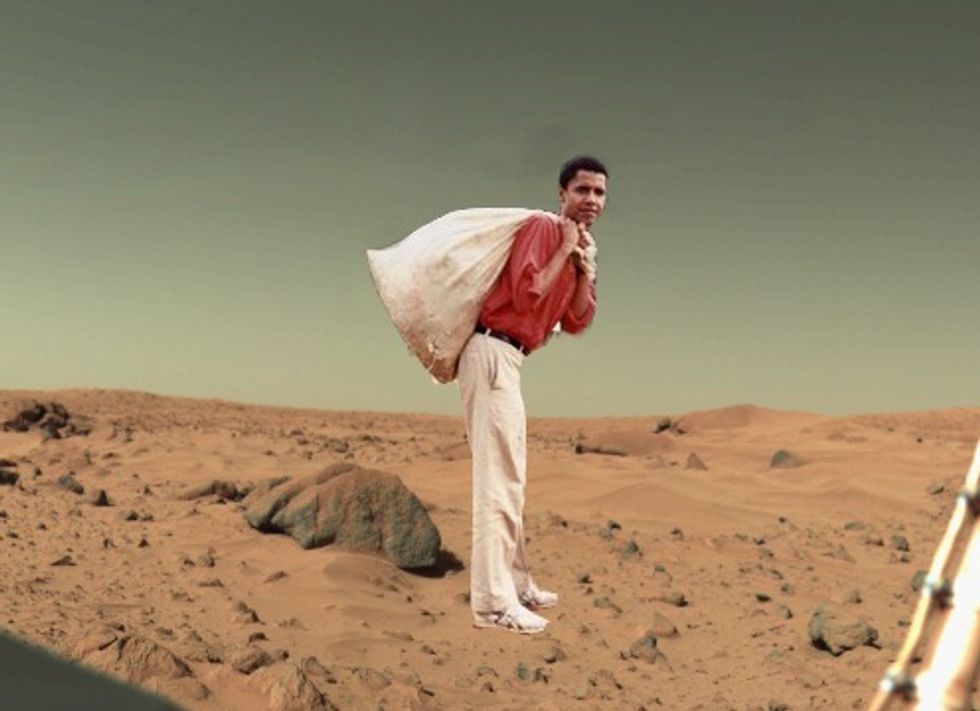 The latest ploy to draw skepticism (or bizarre, unwanted fandom) to our $99 Million Dollar Man, President Obama, is to suggest that he teleported to Mars during a top-secret CIA mission to explore the planet in the 1980s. According to two guys named Andrew D. Basiago and William Stillings, Obama, then known as one "Barry Soetoro," joined them and seven other young Americans, including the current director of DARPA, in a project that involved teleporting to the Red Planet through a so-called "jump room." The claim is apparently serious enough that the White House has taken the time to deny it ever happened to Wired magazine's Spencer Ackerman.

As "chrononauts," Obama and friends were able to visit the sometimes quite hot, sometimes very cold planet far more cheaply than the current U.S. budget would allow. Rather believably, the two men claim, the jump room was adjacent to Los Angeles International Airport! Less helpful for the defense is that the program held its classes at a college in the town of Weed, California, very near the spiritual enclave and alleged vortex region Mount Shasta, where the water is said to have healing powers and that type of thing.

Last year, Obama assured us that we, too, could teleport or probably some other less mentally straining form of -port to the planet at some point within the next 20 years, but since then, NASA's come under budget cuts, so any "space taxi" trips to Mars or elsewhere will likely be done in conjunction with private organizations (Virgin Galactic, to name one). In the meantime: try using your wash closet as a jump room and tell us what happens! [Exopolitics via Wired]