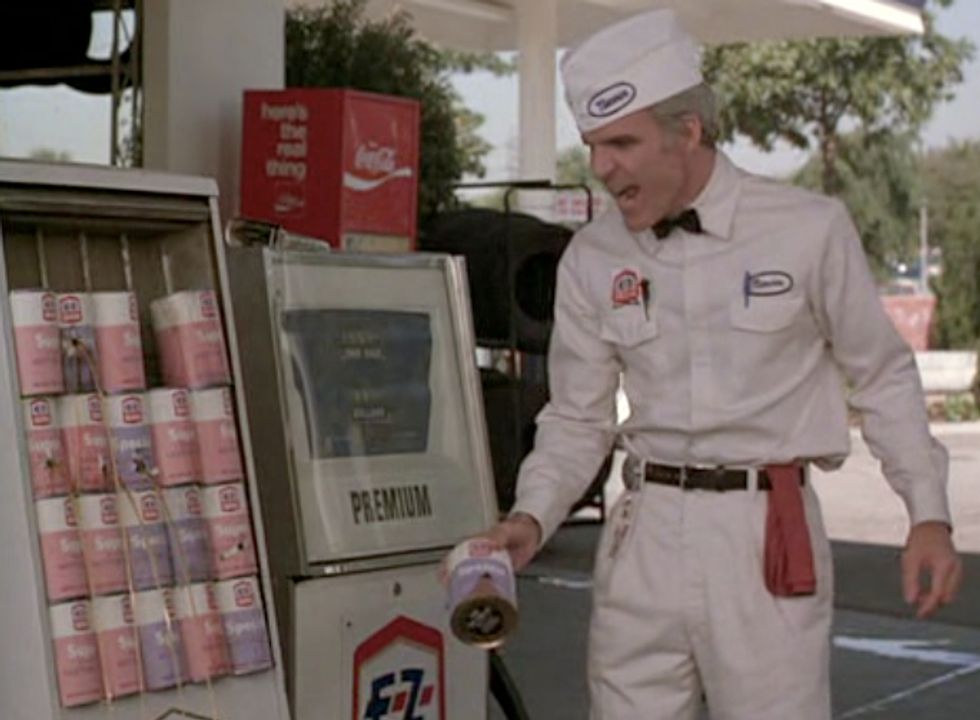 Minneapolis police are investigating CRUDE VIOLENCE, after Al Franken's wife reported that the Frankens' condohad been shot. The condo seems to be in stable condition, although a window was cracked. Interestingly, Al Franken just came out very strongly against the opponents of the proposed New York Muslim community center. Are Minnesotans trying to KILL Al Franken's condo because it's associated with this Muslin senator?

No, no they are not. Though Politico headlines this story "Shot fired at Al Franken's condo," it's not even clear if a bullet was fired at the window. Turns out it may have been a rock, or at worst a stray BB pellet, that created the "very small hole," something Politico doesn't mention in their story at all. But why would they? Slap something up about a senator getting shot and you have INSTANT AUGUST NEWS.

So yes, it was probably just some of those northern-climate children trying to bag them a squirrel or baby caribou. The end.

But the funnyman legislator's comments on the mosque thing are worth reading:

"They (Republicans) do this every two years. They try to find a wedge issue, and they try to work it."

AMERICA'S SENATOR. Finally, somebody has woken us up to the infiltration of one of our sports by PEOPLE WHO AREN'T CHRISTIANS. [CNN/State Journal-Register]