Sorry, Idaho, You Are Getting Jihaded By Radical Muslims Now :( 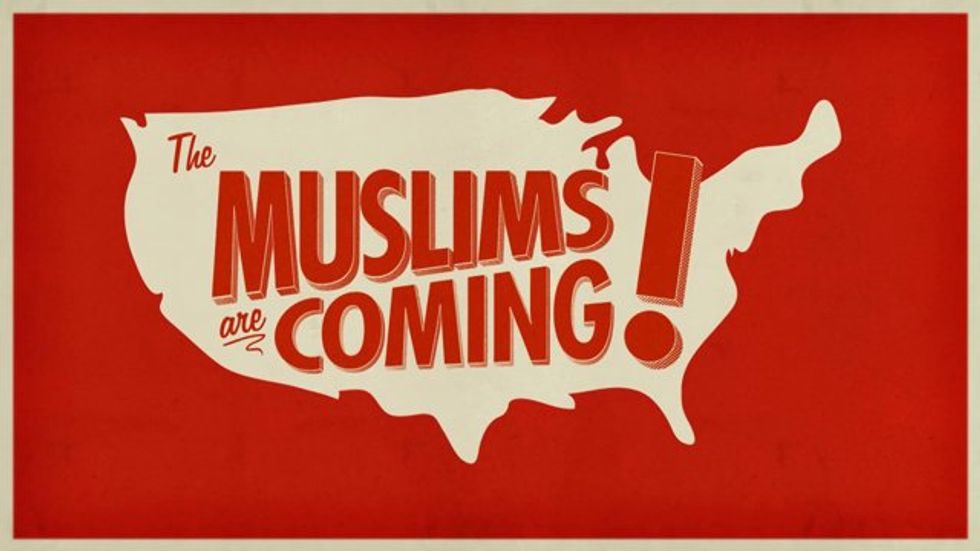 The Republican Party of Bonneville County, Idaho, just wanted to let its members know that they might need to keep an eye on any Muslims they might happen to encounter in that eastern Idaho county, home to Idaho Falls and that hotbed of Islamic radicalism, Eastern Idaho Technical College.* Why, there's even an actual mosque in Pocatello, just 50 miles away! And so the Bonneville County GOP included in its most recent newsletter, sent out Monday, a piece titled "Islam In Idaho" that doesn't sound the least bit paranoid, not at all!

The article that the piece urges you to read is a Spokane Spokesman-Review piece about a recent "briefing" for a dozen or so Republicans at the Statehouse, arranged by northern Idaho wingnut Rep. Vito Barbieri, who invited guest speaker Shahram Hadian, a Washington pastor (and former Muslim!) who claimed to have the lowdown on Islamic infiltration of Idaho:

Hadian warned of Muslims spreading into conservative communities in the West and seeking to change the culture, and had particularly harsh words for resettlement of Muslim refugees in the region. “We must curb and limit Islamic immigration and stop the refugee dumps," he declared. “Spokane is a dumping ground. They're targeting Boise. … They're specifically targeting dumping in conservative areas."

The unsigned article -- which went out under a photo of county GOP chair Doyle Beck but was actually written by Bonneville GOP executive director Becky Prestwich -- is the usual mishmash of idiocy culled from the internet. We were especially impressed by Prestwich's claim to scholarship: "I am not fully versed on the Qu'ran but I have studied it to some degree." And then the line about how 109 Suras of the Quran incite violence -- one of those indisputable facts that you can only find in every paranoid internet freakout over Islam, of course. Funny, the Arkansas Gun Range Lady also said almost exactly the same thing about how, in her careful study of the Quran, she found "109 verses commanding hate, murder and terror against all human beings who refuse to submit or convert to Islam." It's almost as if it were a rhetorical trope or something.

Needless to say, there was both Hue and Cry once this thing hit the fan, both from the Council on American-Islamic Relations, which is asking the Idaho Republican Party to repudiate the article, as well as from Idahoans who are kind of tired of the state looking so stupid, what with our just having gotten over the Great Hindu Invocation Crisis of 2015. Bryan Clark, the Idaho Falls Post Register reporter who broke the story, mentioned in an email conversation with Yr Wonkette that his opinion page editor says that readers have submitted multiple op-eds and letters which are "sharply critical" of the newsletter.

For her part, Prestwich emailed the Idaho State Journal to explain that, hey, she's being unfairly criticized OF COURSE. She clarified that the views in her article "are not necessarily the views of the BCRCC" -- though of course they just might be, just not necessarily -- and that honestly, she never said all Mahometans are bad, just the bad ones:

While I in no way believe or indicate that all those who claim the Muslim faith as their own are radical or dangerous, I do make the assertion that, if only 10 percent of Muslims are of the radical variety, that equates to some 160 million adherents bent on holy jihad. And you are hard pressed to find very many peaceful Muslims who will condemn the acts of these radicals.

Of course, there's nothing in the article itself saying that she only meant "radicals," and it's pretty hard to take a phrase like this and pretend it's only about the radicals:

Muslims are taught to be "two faced"; that is, to present the face of friendship to enemies but to inwardly hate them. To wait to be called to jihad and be ready to rise up and kill the enemy when called.

You can't trust any of 'em! At least not the radical ones. And you can't believe any of the ones who say they're not radical! Besides, she wrote, it would be downright foolhardy to "pretend there isn't a potential problem in America or even Idaho."

Prestwich also felt very maligned for having been accused of being a bigot, because that is probably just racist against her:

“To accuse me of bigotry (as I've heard was at least one response) because I see the potential for the same kinds of things that are happening around the world to happen here is simply political correctness at its worst," she wrote.

Look, do you want to protect Idaho from all the millions of radical Muslims that are no doubt waiting to sneak into the state and kill us all, or do you want to be politically correct, which is a far worse thing than being a bigot?

Yr Wonkette emailed Idaho's state GOP Executive Director David Johnston Thursday to ask for comment on the Bonneville County GOP newsletter; as of press time we still have not heard back from him. We're starting to think that any reply will probably come in the form of a Friday Night News Dump, because then the state party can cautiously distance itself from the newsletter while not angering too many of the loony Islamophobes who might accuse the state GOP of giving in to PC liberal pressure. Or who knows, this being Idaho, maybe it will be a quick "sorry if anyone was offended" followed by a demand that Barack Obama admit that we're at war with Radical Islam.

We just hope he'll tell us exactly how afraid we should be.

*Correction: Thanks to Yr Dok Zoom's hurried misreading of Wikipedia, this article originally said that Idaho Falls is home to "two hotbeds of Islamic radicalism, the University of Idaho and Brigham Young University-Idaho." The Wiki actually notes that "Despite originally being selected as the site for both" schools, it is the largest city in the US without a traditional 4-year college. Wonkette regrets the erroneous throwaway joke. But "Eastern Idaho Technical College" is funnier as a hotbed of radicalism anyway.