Sorry, Puerto Rico, That FEMA Thought This One Lady Could Make You 30 Million Hot Meals 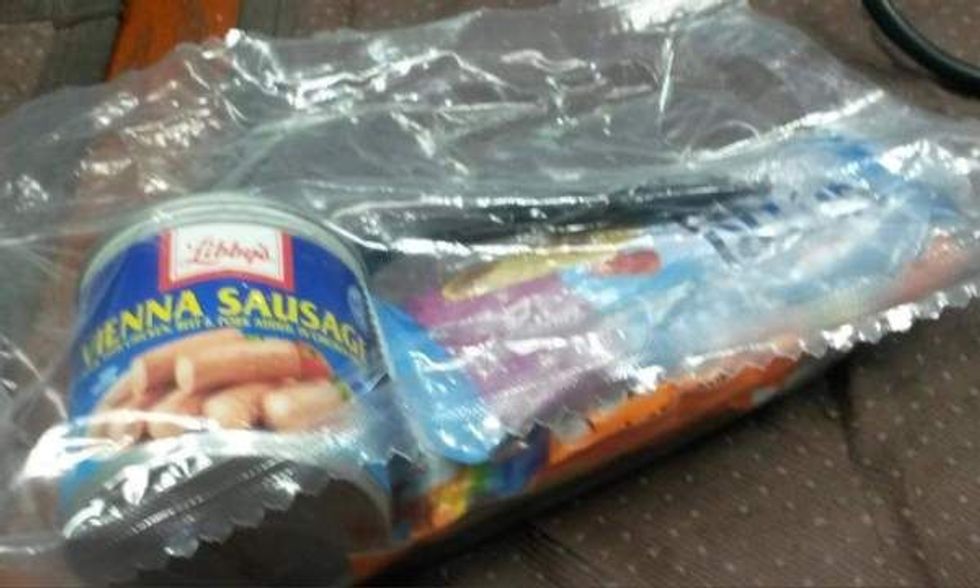 You kind of have to hand it to Tiffany Brown, an entrepreneur, "mogul," designer, wellness specialist, doctor-of-something (her LinkedIn doesn't say!) out of Atlanta. She's got hustle! Maybe not enough hustle to follow through on her promised 30 million hot meals ready to eat for Puerto Rico after Hurricane Maria. And maybe not enough hustle to follow through on at least five other contracts that have been canceled by various branches of the government over the past few years. But she knows her way around the system! Although maybe not the system of "delivering stuff you promised." As of now, her business lifestyle website, tiffanycbrown.com, is down, most certainly unable to handle the large traffic delivered by curious readers of the New York Times. But while it was up, it had posts about cookie dough you can eat raw, and how to best define your natural curls.

You don't have to hand it to her for demanding $70 million from FEMA for canceling her contract for 30 million hot meals for Puerto Rico, after she only delivered 50,000 of them. Such chootzpah should really not be rewarded.

On the one hand, this sounds healthy and delicious but how are a staff of 11 going to make 30 million meals?

Ms. Brown, who is adept at navigating the federal contracting system, hired a wedding caterer in Atlanta with a staff of 11 to freeze-dry wild mushrooms and rice, chicken and rice, and vegetable soup. She found a nonprofit in Texas that had shipped food aid overseas and domestically, including to a Houston food bank after Hurricane Harvey.

And on the other hand, I JUST SAID THIS!

And on the OTHER other hand:

After Tribute’s failure to provide the meals became clear, FEMA formally terminated the contract for cause, citing Tribute’s late delivery of approved meals. Ms. Brown is disputing the termination. On Dec. 22, she filed an appeal, arguing that the real reason FEMA canceled her contract was because the meals were packed separately from the heating pouches, not because of their late delivery. Ms. Brown claims the agency did not specify that the meals and heaters had to be together.

She is seeking a settlement of at least $70 million.

FEMA claims it was all fine anyway, there was tons of food and nobody was hungry and nobody died. Ayup.

The long-memoried reader might note that this unfilled contract for the devastated citizens of Puerto Rico was not the only one where FEMA picked a bunch of assholes who couldn't do the job. There was also the $30 million in tarps, and whatever grifty shit Whitefish Energy was up to.

FEMA doesn't appreciate people who are more helpful than FEMA, news at eleven.

One asshole who did a little too good of a job, Jose Andres, had his two-week contracts with FEMA discontinued after he served up only 2.3 million hot meals all over the island -- and when he wanted a longer, 60-day contract for his nonprofit, FEMA balked. After all, how could FEMA give a $30 million contract to someone who'd proved he could actually feed people, when it had to give $156 million to this one lady who couldn't?

Wonkette is ad-free, independent, and doesn't get a dime in federal contracts -- or anyone else's! Please feed the baby.