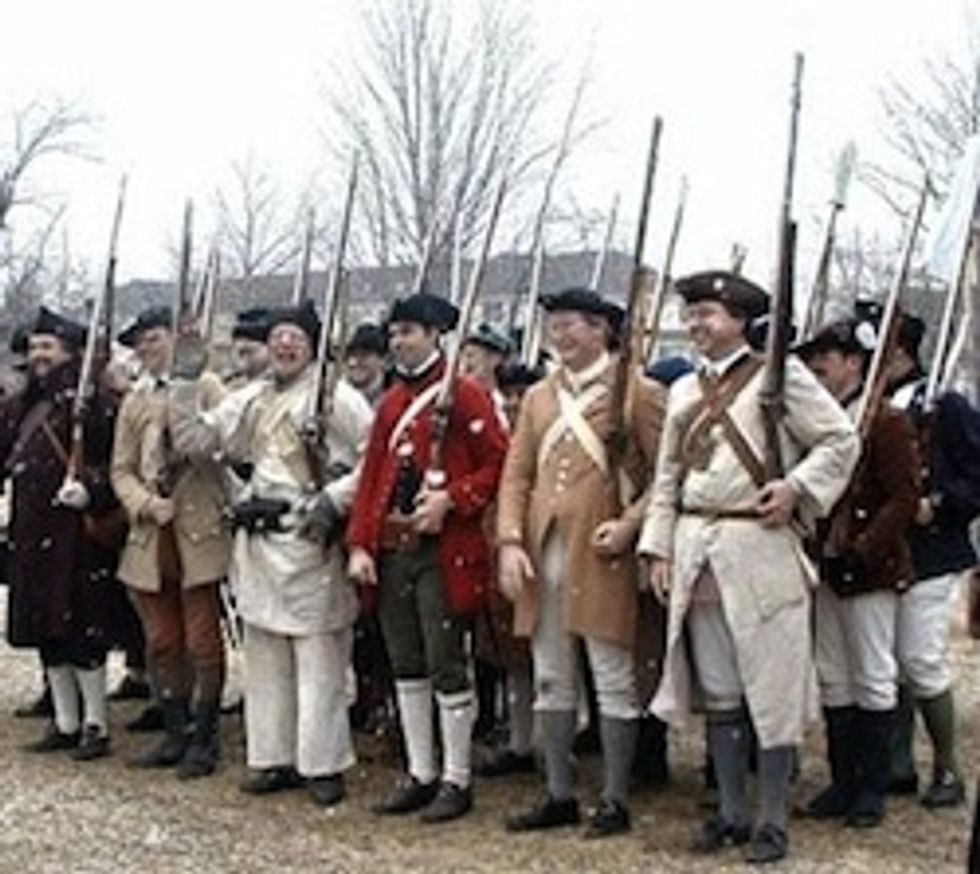 Take note, all you people planning on invading South Carolina: They are going to be ready, and they will ignore hypothetical federal laws to do it.

A subcommittee in the South Carolina State Senate has just passed a bill onto the general committee that defines "the duties and responsibilities of the South Carolina Unorganized Militia," which does not sound like the most imposing fighting force ever assembled, but will have tons of guns nonetheless.

The bill's primary sponsor is a man by the name of Tom Corbin, a man so popular he won TWO elections in November, and had to pick which one he wanted. He says the bill is not actually creating anything, according to Charleston Post and Courier reporter Stephen Largen, and that it just defines what weapons they would use — and the guns they would use, coincidentally enough, are of a special classification called "all of them." From the text of the bill:

(2) A militia member, at his own expense, shall have the right to possess and keep all arms that could be legally acquired or possessed by a South Carolina citizen as of December 31, 2012. This includes shouldered rifles and shotguns, handguns, clips, magazines, and all components.

(3) The unorganized militia may not fall under any law or regulation or jurisdiction of any person or entity outside of South Carolina.

TL;DR: No new gun laws for the militia. You hear that, Barack, who takes our guns? We've got a militia now, and federal laws don't count. We're gonna defend the Constitution, except for Article VI, because it is communist.

So, this militia could buy any gun not currently outlawed, which is a necessary thing to say because that California lady-senator is trying to outlaw them even though Japan could invade that state at any time. Who are these people in the South Carolina unorganized militia, immune to any new gun laws?

For real. It's the law there already. "All able-bodied persons over seventeen years of age" are in the militia.

"If they (an enemy) were landing on N.C.’s shores, I don’t see why we wouldn’t go up there and help our brothers fight," Corbin said, bravely.

Of course that would be a good idea. When someone decides to wage a conventional, South Carolina-based land war against the largest military in the solar system, the first thing the Army is going to do is call up the governor and ask him to send in every armed 17-year-old in the state. That will surely help — what a miracle they did not have to worry about gun control.