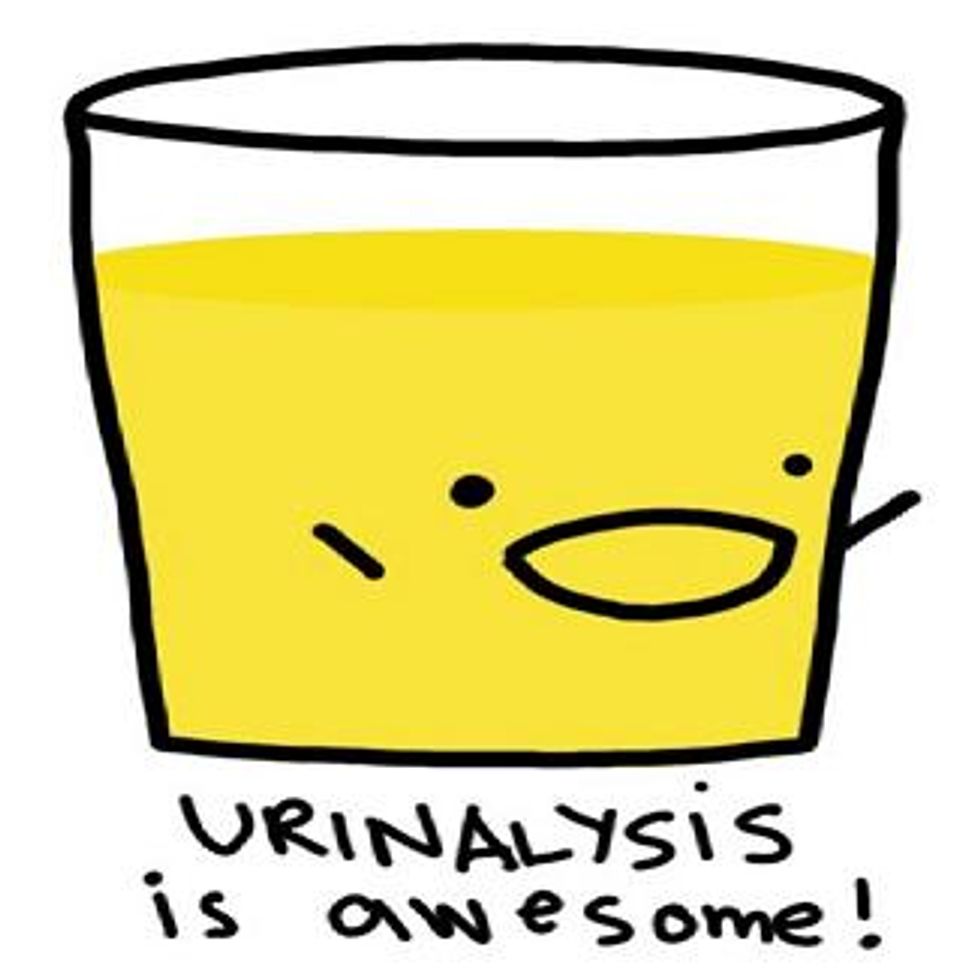 Hey, America! Let's ramp up that War on Drugs! It's all going so well!

Especially in South Dakota, where last month police jammed a catheter into a toddler's penis because the child was unable to provide a urine sample on demand. It's always the toddlers who refuse to cooperate, claiming they don't know how to make peepee in the potty yet or some other lame excuse.

Kirsten Hunter said her 3-year-old son, Aksel, was forcefully catheterized at the Avera hospital in Pierre in late February after her boyfriend failed a urine analysis. Authorities wanted to have her and her two children tested to see if they also had drugs in their system.

Pierre police officers and a Department of Social Services employee showed up at her home and said if her kids couldn't produce urine, they would be taken from her. Hunter said her son isn’t potty-trained. So while she and her 5-year-old daughter were able to provide a urine sample, her young son couldn't.

He was held down and forcibly catheterized by nurses.

“They just shoved it right up there, and he screamed so bad,” Hunter said. “He’s still dealing with a staph infection, and we are still giving him medication.”

Were you wondering if this is holy shit hella illegal? IT IS. The 4th Amendment protects against unreasonable searches or seizures, so the government must get a warrant if a suspect does not voluntarily consent to produce bodily fluids. While the mother's boyfriend had marijuana and methamphetamine in his urine, the child was in no wise a suspect, being only three years old. And a mother does not "voluntarily consent" if you threaten to put her kid in foster care.

Moreover, has any person in the South Dakota Department of Social Services ever met a toddler? FFS, give the kid a glass of lemonade and wait five minutes! When the mother was coerced into agreeing to the urine test, she had no idea that police would subject the child to an invasive procedure. Here's an account of forcible catheterization from Dirk Sparks, an actual adult in South Dakota who was suspected of using drugs and refused to produce a urine sample.

So they took me to the hospital. Four cops held me down and a female nurse inserted a catheter to get my urine. [...]

There was extreme pain.

The worst pain was urinating afterwards for the next two days. I tried to hold it in. I believe I may have moaned in pain. There is no way to describe it. After was the worst part. It feels like you are urinating razor blades.

So, to protect the child from possible exposure to drugs, the South Dakota DSS held him down, jammed a catheter up his penis, and gave him a staph infection. What the holy hell is wrong with people?!?!?!

God Bless the ACLU of South Dakota, which is currently addressing this disaster with the Department of Social Services.

We write to ask you to stop catheterizing children in these circumstances. It is both unconscionable and inhumane, and it is unreasonable to subject children to the risk of infection when the information you seek can be obtained through less invasive procedures, if it is necessary to conduct the search at all. We also ask that you provide an explanation of why this search was conducted, why this process of catheterization was permitted, and who made the decision to have this child tested. Please also send us your written policies regarding searches of children and catheterization.

So, good that the ACLU is trying to get this fixed. But how do you call DSS to report suspected child abuse by DSS itself? And what doctor signed off on forcibly catheterizing a child for no medical reason? In short, WHAT THE FUCK, SOUTH DAKOTA?