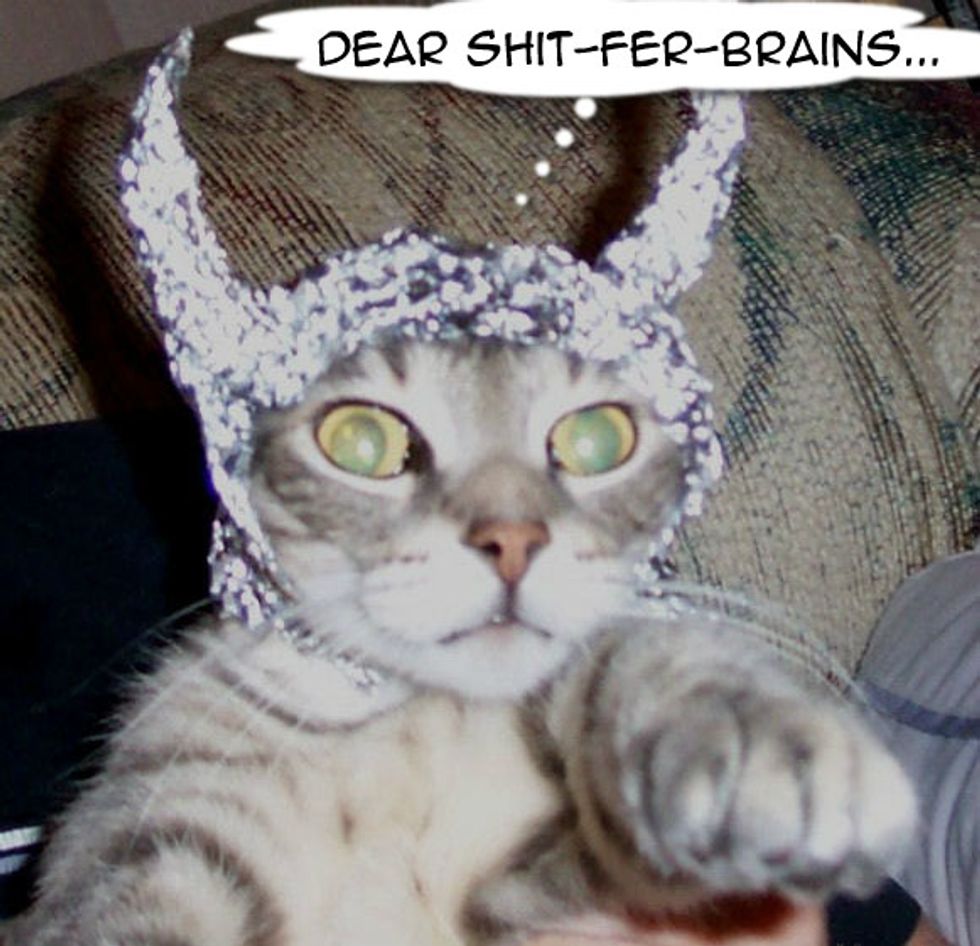 You can't handle the toof!

Wow, just a couple days into 2017 and we're already swingin' that ol' Banhammer as if we were Thor. (You're Thor? I can thcarethly thtand!) Why, just now we found a Bringer of Truth exposing all our lies in today's post about Russian attempts to hack into a Vermont electric utility. (Update: Yes, The Washington Post has retracted that story, and so have we). We'll grant now-banned "Richard j. Lacy" this much: he threw all the cliches he had at us!

Funny - after the obama admin already admitting to hacking their's! So talk to me about Guccifer, talk to me about actual evidence that the grid itself was actually hacked! You twits really think that Trump's buddy did this - I guess thats why you twerps, all voted for the Clinton foundation! This is fake news, brought to you by those that normally trade in lies and deceptions!

This would be in reply to a story that said quite clearly the grid was not hacked, which just goes to show how tricky we Fake News Corporate Shill Sheeple are. Anyway, here's the thing that was kind of cute and touching about poor "Richard": his last comment before the Banhammer came out was a challenge, and by golly, we thought you should try and meet his challenge!

Try this one, and refute it!

You guys are nothing more than betrayed by the very types you support -- go get a vaccine, they have one now for antitrumpism, there isn't much therimisol in it or aluminum, or chicken poop!

Yes, that would be a link to the notorious woo-spewing "Natural News," one of the least reliable sites on the web, and a favorite debunking target of our own Snake Oil Bulletin. And what are we challenged to debunk? Their list of the "Top 10 Most Outrageous Science Hoaxes of 2016," which apparently Rich thought someone would completely refute in a single comment, a tall order when Wonkette doesn't even allow comments. You get a feel for the tone of the place from the first couple grafs:

2016 saw more science hoaxes than a typical year, with the media placing special emphasis on the Zika virus terror campaign (rooted in total scientific hucksterism) and more climate change propaganda (all based on fraudulently altered data). In every case, those pushing the science frauds claimed to have a divine monopoly on “science” while declaring all opposing views to be “unscientific.”

So, Wonkers, are you up to the challenge? Beware: Richard is a highly sophistimacated thinker who is free of vaccine poisoning, and also called us "snowflakes." Also, we haven't the least idea how anyone is supposed to "refute" item #10 on the list: "Every science “journalist” working for the fakestream media." That seems rather... broad, no?

Also, in your refutations, you are not allowed to cite Snopes.com, since it's run by "actual whores."

Still, it's good to see the piece at least does have some hope for science. Maybe, it pines, 2017 will be the year people finally accept these simple, obvious, PROVEN scientific truths (we've edited the list for length, because we're actual lying whores):

Yes, there is extraterrestrial intelligence in the universe.

Yes, human consciousness is non-material and not located in the physical brain.

No, carbon dioxide is not the enemy of mankind.

No, chemotherapy does not “cure” cancer. It often makes it worse.

No, science journals are not unbiased, objective arbiters of truth.

No, the “experts” are not as smart as they think they are. Mostly, they’re idiots who have attained high positions of “persistent idiocy” in academia or government, and their job is to protect the idiocy for as long as possible, making sure no one overthrows idiocy with intelligence.

See? Thank Crom some people know what science is. Say, if you can't refute the whole article in a single comment, maybe you could at least suggest an experimental protocol to test that last statement about "experts."