Spicer: Trump Just Walks Around Naked And Puts His Naked Butt On EVERYTHING 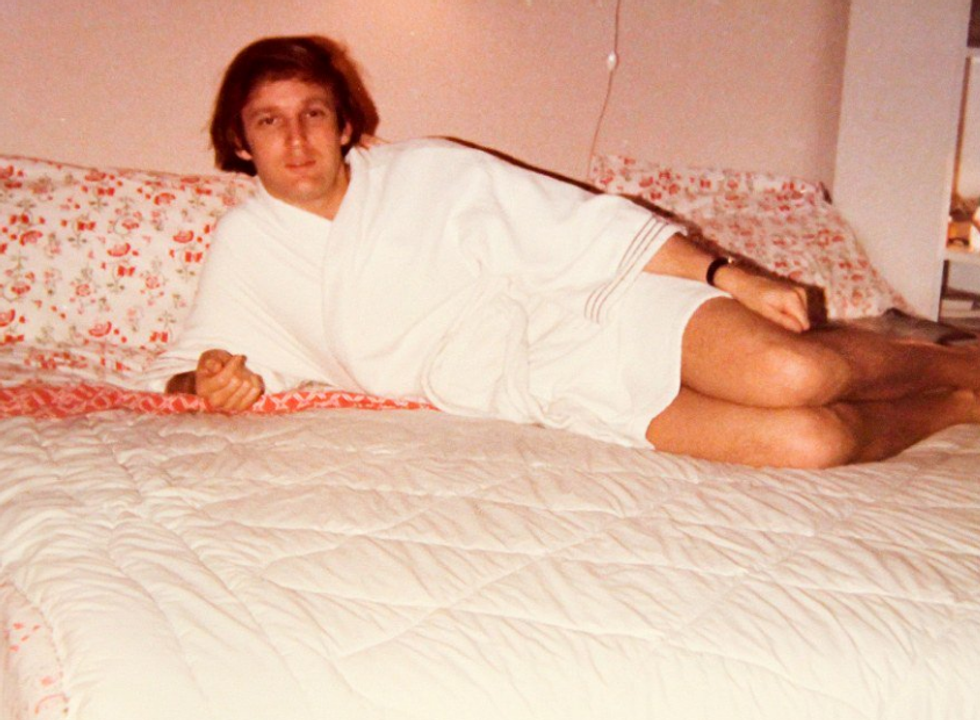 Donald Trump no longer has this bathrobe.

So, Donald Trump and his press secretary Sean Spicer are very upset about a thing! No, not the "Saturday Night Live" thing, though they are upset about that too. In this Wonkette post, the thing the "president" and his people are whining about is that funny New York Times story what said Trump doesn't even know what's in the executive orders President Steve Bannon puts in front of him (maybe he can't read), and that Trump leaves work every afternoon, dons a bathrobe and rubs his gross body on everything while he watches TV, except for when he's wandering his big new house like the ladies in Grey Gardens.

SAY YOU ARE SORRY FOR DOING LIES, NYT:

“That report was so riddled with inaccuracies and lies that they owe the president an apology,” Spicer told reporters aboard Air Force One Monday. “There were just literally blatant factual errors and it’s unacceptable to see that kind of reporting or so-called reporting.” [...]

"I don't think the president owns a bathrobe; he definitely doesn’t wear one,” the spokesman said. “From top to bottom they made up stories that just don’t exist. And I think that’s unfortunate.”

PFFFFFFT, "bathrobes." Donald Trump would NEVER wear one of those things, even though he owns a gazillion hotels, and presumably they all have lots of bathrobes. And Sean Spicer knows this ... why? Did he have to rescue a nude Trump after a particularly violent Twitter rant, and couldn't find any robes to cover him up? We shudder to imagine.

We guess when Trump is lying in bed eating bon-bons and yelling at the TV, he wears one of his ill-fitting suits, with a tie that's tied incorrectly and way too long. Or maybe after hours, Trump is a BIG ORANGE NAKED, going from room to room in the residence, seeing what stuff he can rub his butt on like a puppy dog with worms.

Of course, as The Hill points out, Twitter found some pictures of Trump wearing a bathrobe, but they were probably faked, or maybe his groddy carcass can't fit in those bathrobes any more, like it did when he was a younger man:

Yeah, no, we don't think he can fit into that robe no more. Maybe Melania or Kellyanne Conway should get him a new robe, or steal one from the Trump DC hotel around the corner, so he doesn't get his dead skin butt flakes on the whole White House. After all, somebody has to live there after we push Trump's dumb ass out, hopefully a nice lady or man like Kamala Harris or Gavin Newsom.

And if Trump stops being president before his term ends, because he gets impeached or resigns in shame, and gross bad Mike Pence ascends to the presidency, do we want him or his wife to get Trump Butt Flake Disease, from Trump rubbing his butt on the White House?

Nah, we guess not. Don't ever say Wonkette is not nice.