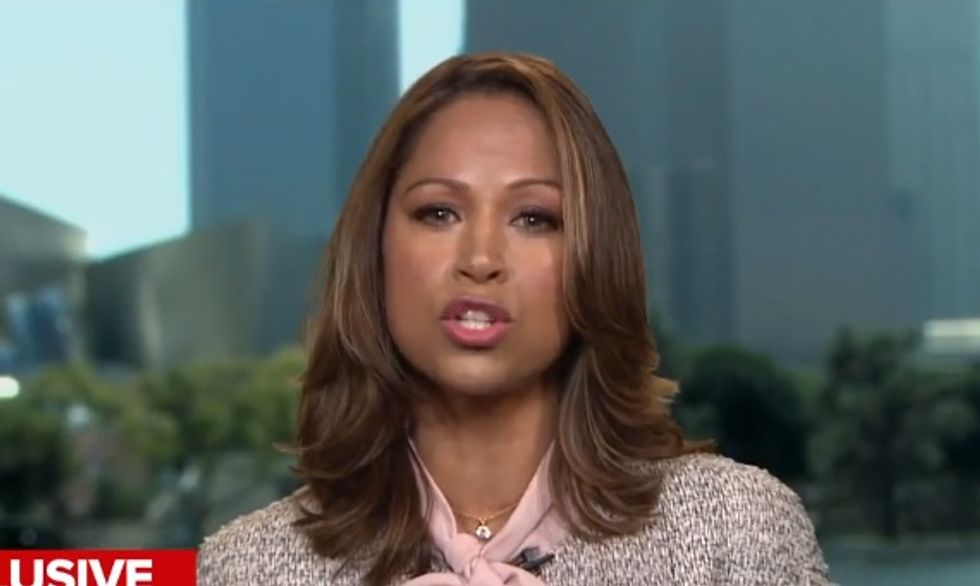 Stacey Dash, she is this idiot whose antics some people find funny. She was in the hit film Clueless, playing Cher's best friend Dionne, and now she is running for Congress as a GOP idiot in California's 44th district, which includes such Los Angeles neighborhoods as Compton and Watts, so yeah, good luck with that, Ms. Dash. (We are sure she did things in between Clueless and her congressional run, but much like the missing years of Christ's life, we are not aware what they are. Perhaps Wonkette has written about them, oh God, we just clicked to brush up, she is GODAWFUL.)

Point is, Dash went for her first TV interview Thursday after announcing her "run" for "Congress," and um ... well, it really went downhill when MSNBC's Ari Melber decided to commit the sin of asking questions. Here, have a video: