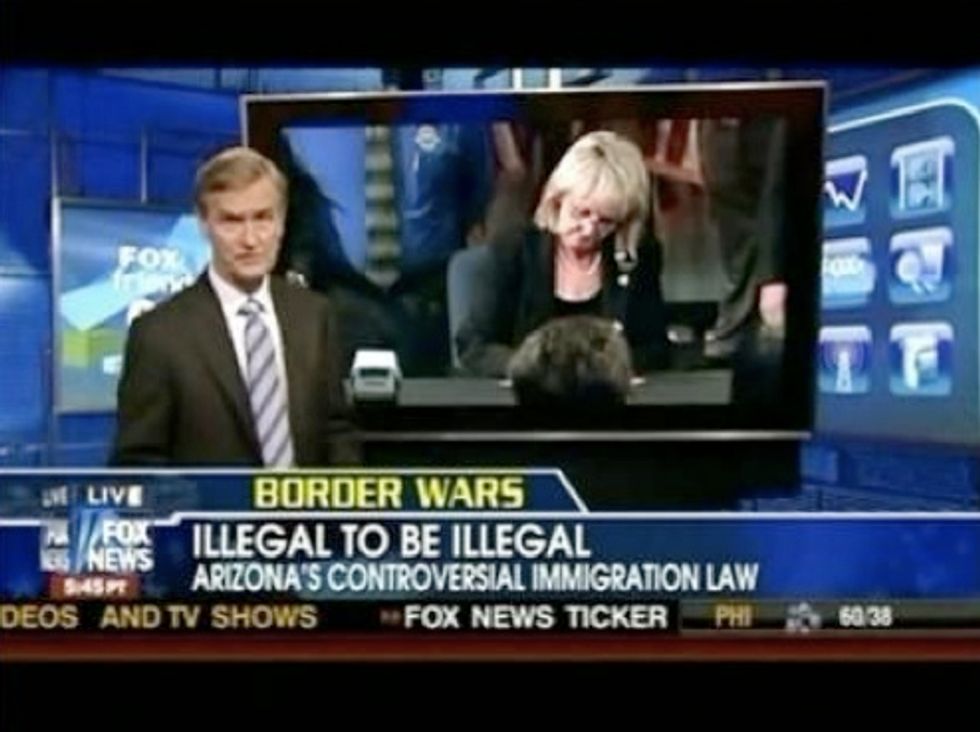 Steve Doocy andFox & Friends are on someone's shit list for this very liberal caption. HINT: this someone is an idiot snowbilly grifter.

On last night's Hannity, Fox News contributor Sarah Palin did what she does best-complain about the "lamestream media throughout our country." This time, the media's "lame[ness]" was revealed through their coverage of Arizona's new controversial immigration law. Palin sniffed: "One of the media outlets the other day just-was killing me on this one, Sean, where they had a caption across their screen that said Arizona law will make it illegal to be an illegal immigrant? Some bizarre type of headline like that where it was just this illustration that they just don't get it."

This is what happens when your network's news strategy is, "throw a bunch of idiots in a room, see if anything coherent emerges."

We're sorry for even writing this post, really. It's just Sarah Palin, right? Who cares?