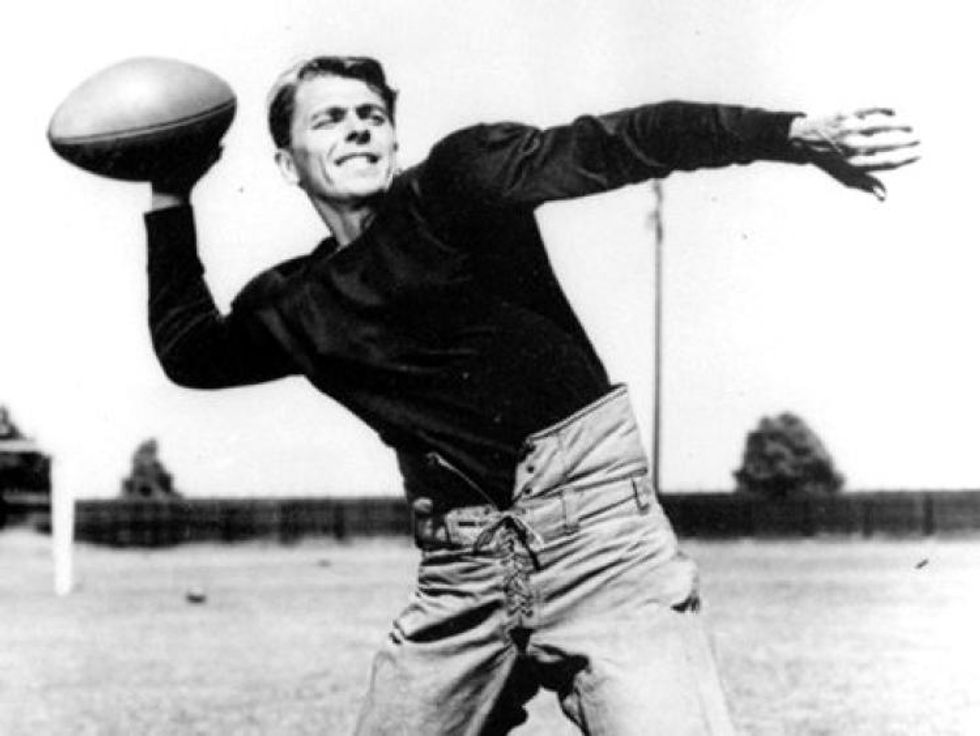 Last Thursday, The Dealmaker in Chief got absolutely spanked by Democrats on the debt ceiling. And he loved it! Mitch McConnell and Paul Ryan had hoped to twist Democratic arms until they agreed to raise the debt ceiling for 18 months.

"No, Donald!" they hissed! "We have to push this out past the 2018 midterms. Those Freedom Caucus loons never sign off without a massive hissy fit and bedshitting. We can't let people see that right before they vote! You have to focus!"

But just at that moment, Ivanka wandered in and the old man got distracted. You know, if he wasn't her father, perhaps he'd be dating her!

Chuck Schumer and Nancy Pelosi have been at this a long time.

"How about three months, so we can browbeat you guys with this issue for the rest of the year?" they said.

And before Paul Ryan could P90X him into submission, Donald Trump shouted, "DEAL!"

Trump successfully reached across the aisle, reminding GOP leaders why they never trusted him in the first place https://t.co/i04gpFEMrSpic.twitter.com/2VMNx94kgD

Blissfully unaware of what he'd done, Donald Trump rolled over for a nice bellyrub from the same reporters who've done nothing but whack him across the snout for months. From The Hill,

Schumer also detailed the phone call he received from Trump after the deal, praising the positive media coverage of their meeting.

“I got a call early this morning,” Schumer recalled. “He said, ‘This was so great!’ Here’s what he said: ‘Do you watch Fox News?’ I said, ‘Not really.’ ‘They’re praising you!’ Meaning me. But he said, ‘And your stations’ — I guess meaning MSNBC and CNN — ‘are praising me! This is great!’”

Chuck's "stations" may have been happy, but Republicans in Congress were PISSED. So the White House dispatched the Treasury Secretary to huddle up with the House Republicans and persuade them that it's actually awesome that they got screwed by a president from their own party. Because who better to wage a charm offensive than Steve Mnuchin, right?

The whole thing was amazing, but Mnuchin really wowed them with his closing argument.

Vote for the debt ceiling for me.

FOR ME. Win one for the Gipper, and the Gipper is Steve!

Way to read a room, Steve! Sure, a bunch of deficit hawks who actually believe that shit about drowning the government in a bathtub are going to respond to a personal appeal from a Goldman Sachs guy. And your wife would still love you if you lost all your money tomorrow.

The comments from the Treasury secretary today were not helpful. I found them to be intellectually insulting.

You know what, unfortunately you don't get voted in or voted out and you can't vote for me.

Random pissed off Republican Congressman, via The Hill

It was a very arrogant lecture that turned off more of the conference. I’m less sold than when I walked into the meeting.

Does Mnuchin have a plan to get a better deal from Democrats in December? NOPE. Will Trump get rolled again because Chuck Schumer is the tough but loving father figure little Donny always wanted? YEAH, PROBABLY. Has Mnuchin burnt his bridges with the House Freedom Caucus? YUP.

Mnuchin sealed the deal by leaving for another appointment while there was still a line of Congressmen waiting to speak to him. Because he is comically bad at his job. The bill passed with help from Democrats after 90 Republicans decided not to vote for Steve. Turns out that dissing people after asking them to eat a shit sandwich is a losing political strategy! Go know!